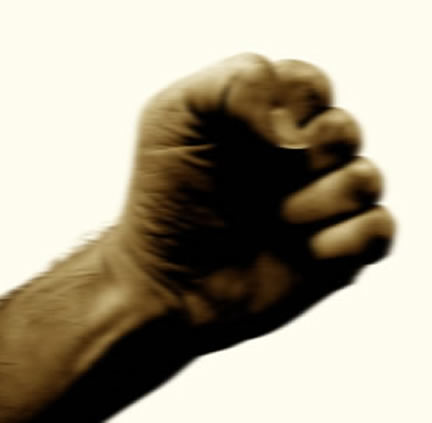 It is said that a frog will jump out of boiling water when tossed into the pot, but will be cooked alive if he is heated in the water slowly. 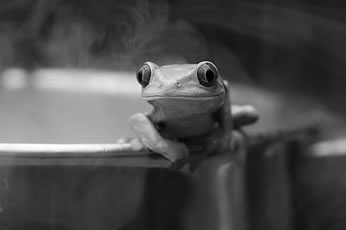 Such is the growing barbarianism in our world, barely perceived, since “the frog” has been cooking for a long time. It says in Scripture:

He is before all things, and in him all things hold together. (Col 1:17)

When we take God out of our societies, out of our families and ultimately our hearts—God who is love—then fear and selfishness take His place and civility begins to come apart. [2]cf. Wisdom and the Convergence of Chaos It is precisely this individualism that leads to the kinds of barbarianism we are seeing increase throughout the world, like water reaching the boiling point. It is however, at least in this moment, much more subtle than the kind of brutality being extended to Middle Eastern dictators.

Have you noticed how the headline news are so preoccupied with the sins of politicians, entertainers, priests, athletes, and anyone else who 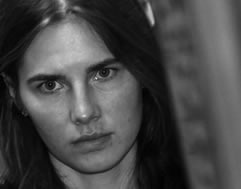 stumbles? It is perhaps the greatest irony of our times that, while we glorify sin of every kind in our “entertainment,” we are in turn merciless to those who actually commit these sins. That is not to say that there should not be justice; but rarely is there any discussion of forgiveness, redemption, or rehabilitation. Even within the Catholic Church, her new policies toward priests who have fallen or 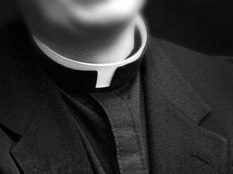 simply been accused of a transgression leaves little room for mercy. We live in a culture where sex offenders are treated like mud… and yet, Lady Gaga, who distorts, twists, and debases human sexuality, is a top selling artist. It is hard not to notice the hypocrisy.

The internet today has become in many ways the technological equivalent of the Roman Coliseum, both for it’s extremes and brutality. Some of the most watched videos on websites such as YouTube deal with the most base of human behavior, gruesome 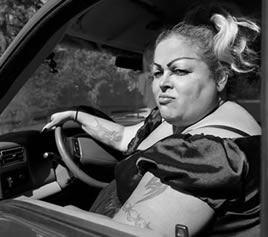 accidents, or public figures whose weaknesses or misteps have turned them into human fodder. Western television has been reduced to “reality TV” shows where contestants are often demeaned, mocked, and dismissed like yesterday’s garbage. Other “reality” shows, talk shows, and the like focus on or are preoccupied with the dysfunction and brokenness of others. Internet forums are rarely cordial with posters attacking each other over the slightest disagreement. And traffic, whether in Paris or New York, brings out the worst in some.

We are becoming merciless.

How else can you explain the bombing campaigns in Iraq, Afghanistan, or Libya to “liberate” the people from cruel leadership… all the while hardly lifting a finger while millions starve in African nations often due to regional corruption? And of course, there is that most ominous form of brutality that is no less cruel and callous than the tortures of ancient civilizations or the brutalities of 20th century dictators. Here, I am speaking of those forms of “population control” embraced in modern times as a “right.” Abortion, which is the actual termination of a living human being, causes pain as early as eleven weeks into a pregnancy. [3]see The Hard Truth – Part V Politicians who think they are being moderate by

banning abortion at twenty weeks have only made abortion that much more painful as the unborn child is literally burned to death in saline solution or dismembered by the surgeon’s knife. [4]see The Hard Truth – Part V What could be more merciless than for a society to condone this torture upon its most vulnerable to the tune of nearly 115, 000 abortions each day across the globe? [5]approx. 42 million abortions occur yearly worldwide. cf. www.abortionno.org Furthermore, the trend toward assisted suicide—killing those outside the womb—continues as a fruit of our “culture of death”. [6]cf. http://www.lifesitenews.com/ And why wouldn’t it? Once a civilization no longer upholds the intrinsic value of a human life, then the human person can easily become an object of entertainment, or worse, dispensable.

And hence we understand exactly “what time it is” in the world. One of the chief signs of the last days, Jesus said, would be a world whose love has grown cold. Has grown merciless.

As a society in general, we are embracing mercilessness, if not as a form of entertainment, as an expression of our own inward anger and discontentment. Our hearts are restless till they rest in you, said Augustine. St. Paul describes the forms of mercilessness that will take place in latter times in a particularly prescient moment:

But understand this: there will be terrifying times in the last days. People will be self-centered and lovers of money, proud, haughty, abusive, disobedient to their parents, ungrateful, irreligious, callous, implacable, slanderous, licentious, brutal, hating what is good, traitors, reckless, conceited, lovers of pleasure rather than lovers of God, as they make a pretense of religion but deny its power. (2 Tim 1-5)

It is the unforgiveness and mercilessness of the “eldest brother.”

FORGIVE, AND BE FORGIVEN

I have often spoken here since this writing apostolate began about the need to “prepare” oneself for the times ahead. Part of that preparation is for the Illumination of Conscience which could very well happen in this generation, if not sooner than later. But that preparation is not just an inward retrospection, but perhaps above all, an outward transformation. It’s not just about “Jesus and me,” but “Jesus, my neighbour, and me.” Yes, we need to be in a “state of grace,” without mortal sin, living according to God’s will aided by a life of prayer and regular reception of the Sacraments, particularly Confession. Yet, this preparation is meaningless unless we also forgive our enemies.

Blessed are the merciful, for they will be shown mercy… Forgive and you will be forgiven. (Matt 5:7; Luke 6:37)

The prodigal son had injured the father more than anyone else, taking his share of the inheritance, and rejecting his fatherhood. And yet, it was the father who was “filled with compassion” [7]Lk 15:20 upon seeing the boy return home. Not so with the eldest son.

Which one am I?

We must forgive those who have injured us. Hasn’t God forgiven us whose sins crucified His Son? Forgiveness is not a feeling, but an act of the will that, sometimes, we must repeat over and over as feelings of pain rise to the surface.

I have had a few instances in my life where the wound was very deep, where I had to forgive over and over. I remember one man who left a 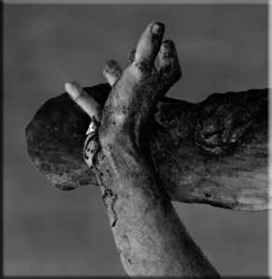 phone message with unspeakable insults toward my wife early on in our marriage. I remember having to forgive him over and over again every time I drove by his business. But one day, having to forgive him yet again, I was suddenly filled with an intense love for this poor man. It was really me, not him, who needed to be set free. Unforgiveness can bind us like a chain. Bitterness can actually ruin our health. It is only forgiveness that allows a heart to be truly free, not only from one’s own sins, but from the power that another’s sin has over us when we hold it over them.

But to you who hear I say, love your enemies, do good to those who hate you, bless those who curse you, pray for those who mistreat you… Give and gifts will be given to you; a good measure, packed together, shaken down, and overflowing, will be poured into your lap. For the measure with which you measure will in return be measured out to you…. But if you do not forgive others, neither will your Father forgive your transgressions. (Luke 6:27-28, 38; Matt 6:15)

The preparation in our days is as much loving our neighbours as we love ourselves. To be a Christian is to be like our Master who is

mercy itself—to be merciful. Christians need to, especially in this present darkness, shine with the light of Divine Mercy in our days when so many have become merciless toward their neighbour… whether he is next door, or on the television.

It should be of no concern to you how anyone else acts; you are to be My living reflection, through love and mercy… As for you, be always merciful toward other people, and especially toward sinners. —Jesus to St. Faustina, Divine Mercy in My Soul, Diary, n. 1446

As we do not know the end of the story of the prodigal son, whether or not the eldest brother was willing to reconcile with the prodigal, so too, the outcome of the Illumination will be uncertain. Some will simply harden their hearts and refuse to be reconciled—whether it is with God, the Church, or others. Many such souls will be left to the “mercy” of their choice, forming that last army of Satan in our era that is driven by self-ideology rather than the Gospel of Life. Wittingly or not, they will carry out the Antichrist’s “culture of death” to its limits before Christ cleanses the earth, bringing about an era of peace.

This too we must be prepared for. 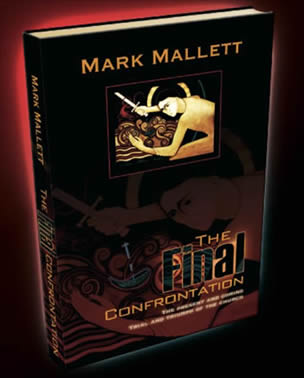