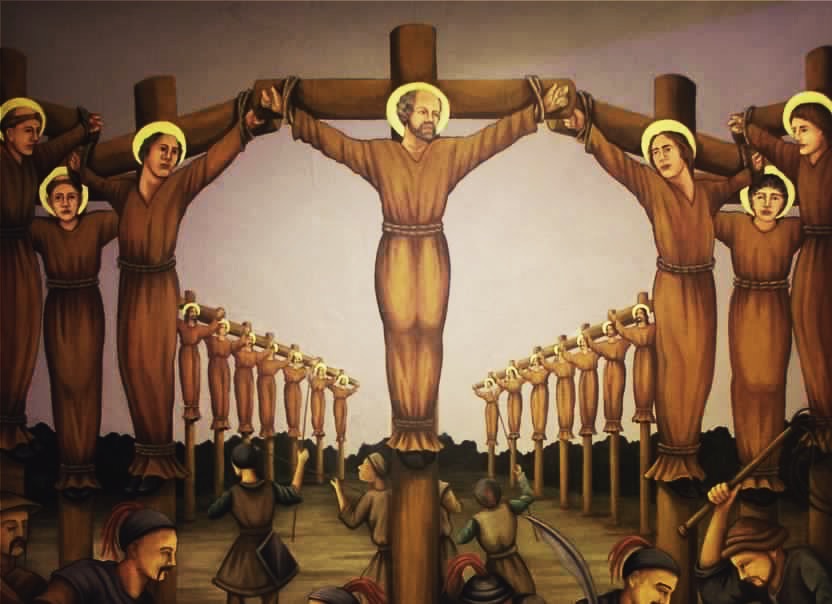 WE are not facing the end of the world. In fact, we are not even facing the last tribulations of the Church. What we are facing is the final confrontation in a long history of confrontations between Satan and Christ’s Church: a battle for one or the other to establish their kingdom on earth. St. John Paul II summed it up this way:

We are now standing in the face of the greatest historical confrontation humanity has gone through. I do not think that wide circles of the American society or wide circles of the Christian community realize this fully. We are now facing the final confrontation between the Church and the anti-Church, of the Gospel versus the anti-Gospel. This confrontation lies within the plans of divine Providence; it is a trial which the whole Church, and the Polish Church in particular, must take up. It is a trial of not only our nation and the Church, but in a sense a test of 2,000 years of culture and Christian civilization, with all of its consequences for human dignity, individual rights, human rights and the rights of nations. —Cardinal Karol Wojtyla (JOHN PAUL II ), at the Eucharistic Congress, Philadelphia, PA; August 13, 1976; cf. reprinted November 9, 1978, issue of The Wall Street Journal; italics my emphasis

In Scripture, it is described as the final confrontation between the “woman” and the “dragon”—the Woman representing both Mary and the Church—and the dragon… [1]cf. A Woman and a Dragon

…the ancient serpent, who is called the Devil and Satan, who deceived the whole world. (Rev 12:9)

In a wonderful speech at the Synod of the Family in Rome this past Friday, Romanian, Dr. Anca-Maria Cernea, explained the “greatest historical confrontation humanity has gone through” that has resulted in this present Global Revolution:

The primary cause of the sexual and cultural revolution is ideological. Our Lady of Fatima has said that Russia’s errors would spread all over the world. It was first done under a 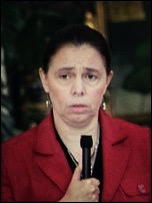 violent form, classical Marxism, by killing tens of millions. Now it’s being done mostly by cultural Marxism. There is continuity from Lenin’s sex revolution, through Gramsci and the Frankfurt school, to the current-day gay-rights and gender ideology. Classical Marxism pretended to redesign society, through violent take-over of property. Now the revolution goes deeper; it pretends to redefine family, sex identity and human nature. This ideology calls itself progressive. But it is nothing else than the ancient serpent’s offer, for man to take control, to replace God, to arrange salvation here, in this world. —LifeSiteNews.com, October 17th, 2015

How does it end? According to St. John, this “final confrontation” begins to conclude, first with a seemingly brief victory for Satan, who concentrates his power into a “beast”:

Fascinated, the whole world followed after the beast. (Rev 13:9)

I say “seemingly”, because a snail is no match for a Savior. The Beast, whom the Church Fathers assign as the “Antichrist” or “lawless one”, will be destroyed by a manifestation of Our Lord who comes to bring about the decisive end to this particular satanic confrontation.

The most authoritative view, and the one that appears to be most in harmony with Holy Scripture, is that, after the fall of the Antichrist, the Catholic Church will once again enter upon a period of prosperity and triumph. —The End of the Present World and the Mysteries of the Future Life, Fr. Charles Arminjon (1824-1885), p. 56-57; Sophia Institute Press

That is, the Church will follow in the footsteps of Jesus: she will go through her own Passion, followed by a resurrection,[2]cf. The Coming Resurrection in which the Kingdom of God will be established to the ends of the earth—not the definitive Kingdom of “Heaven”, but a temporal, spiritual kingdom, a “day of rest” for the Church of Christ on earth. This, my dear brothers and sisters, has been taught from the very beginnings of the early Church: [3]cf. How the Era was Lost and Millenarianism—What it is and is Not

But when The Antichrist shall have devastated all things in this world, he will reign for three years and six months, and sit in the temple at Jerusalem; and then the Lord will come from Heaven in the clouds… sending this man and those who follow him into the lake of fire; but bringing in for the righteous the times of the kingdom, that is, the rest, the hallowed seventh day… These are to take place in the times of the kingdom, that is, upon the seventh day… the true Sabbath of the righteous. —St. Irenaeus of Lyons, Church Father (140–202 A.D.); Adversus Haereses, Irenaeus of Lyons, V.33.3.4, The Fathers of the Church, CIMA Publishing Co.

It is also what Jesus taught the Apostles in today’s Gospel:

The cup that I drink, you will drink, and with the baptism with which I am baptized, you will be baptized; but to sit at my right or at my left is not mine to give but is for those for whom it has been prepared.

This “day of rest” or “refreshing” prophesied by the Old Testament prophets, that follows the “Passover” of the Church, is affirmed in both Scripture and Sacred Tradition:

St. Peter says to the Jews of Jerusalem after Pentecost: “Repent therefore, and turn again, that your sins may be blotted out, that times of refreshing may come from the pre
sence of the Lord, and that he may send the Christ appointed for you, Jesus, whom heaven must receive until the time for establishing all that God spoke by the mouth of his holy prophets from of old”… Before Christ’s second coming the Church must pass through a final trial that will shake the faith of many believers… The Church will enter the glory of the kingdom only through this final Passover, when she will follow her Lord in his death and Resurrection. —Catechism of the Catholic Church, n.674, 672, 677

The “glory” of the kingdom will begin when the words of the Our Father are fulfilled: “thy kingdom come, thy will be done on earth as it is in heaven.”

After the Beast is destroyed, St. John foresaw this fulfillment of the Divine Will in the saints, this glorious reign of the Kingdom in the Church, as concomitant with a “first resurrection” of the martyred saints. They are those in part, Jesus says in today’s Gospel, “for whom it has been prepared”:

I also saw the souls of those who had been beheaded for their witness to Jesus and for the word of God, and who had not worshiped the beast or its image nor had accepted its mark on their foreheads or hands. They came to life and they reigned with Christ for a thousand years. (Rev 20:4)

Thus, the “final confrontation” of this era does not climax with the end of the world, but the establishment of the Kingdom of God within those who persevere to the end. It is as if the dawning of Christ’s return begins in the saints, the same way that light breaks the horizon before the sun rises. [4]cf. The Rising Morning Star As St. Bernard taught:

We know that there are three comings of the Lord… In the final coming, all flesh will see the salvation of our God, and they will look on him whom they pierced. The intermediate coming is a hidden one; in it only the elect see the Lord within their own selves, and they are saved. —Liturgy of the Hours, Vol I, p. 169

What happens after the final confrontation of this age and the ensuing “era of peace”, [5]cf. How the Era was Lost and Millenarianism—What it is and is Not is clear in Scripture:

When the thousand years are completed, Satan will be released from his prison. He will go out to deceive the nations at the four corners of the earth, Gog and Magog, to gather them for battle; their number is like the sand of the sea. They invaded the breadth of the earth and surrounded the camp of the holy ones and the beloved city. But fire came down from heaven and consumed them. (Rev 20:7-9)

Therefore, brothers and sisters, what should we do as we enter now into some of the darkest hours of this present “final confrontation”? As I have written before, let us prepare instead for Christ, not the Antichrist; let us prepare with Our Lady for this coming of Jesus in His glorified Spirit, as in a new Pentecost; let us prepare to live in His Divine Will by emptying ourselves now of our own will; let us become totally possessed by God so that we may possess Him, now, and in the era to come. Let us follow in His footsteps this day, being faithful in the duty of the moment; for in this way, we will safely arrive wherever we are destined to go.

Since we have a great high priest who has passed through the heavens, Jesus, the Son of God, let us hold fast to our confession. (Second reading)

Knowing that, in Jesus, we are assured victory, let us pray in all hope and joy the words of today’s Psalm. For Jesus has not left us behind—He is with us until the very end.

See, the eyes of the Lord are upon those who fear him, upon those who hope for his kindness, to deliver them from death and preserve them in spite of famine. Our soul waits for the Lord, who is our help and our shield. May your kindness, O Lord, be upon us who have put our hope in you. (Today’s Psalm)

Benedict, and the End of the World

Francis, and the Coming Passion of the Church

Millenarianism—What it is, and is Not

Thanks for supporting this full-time ministry.
Your donation is greatly appreciated. 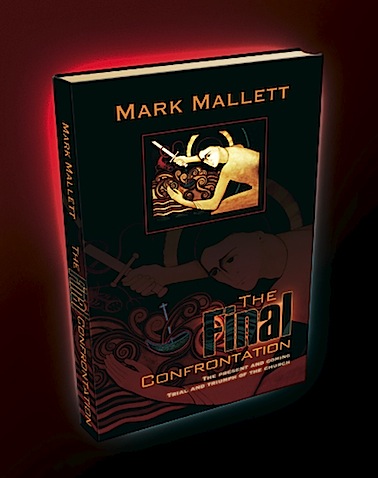