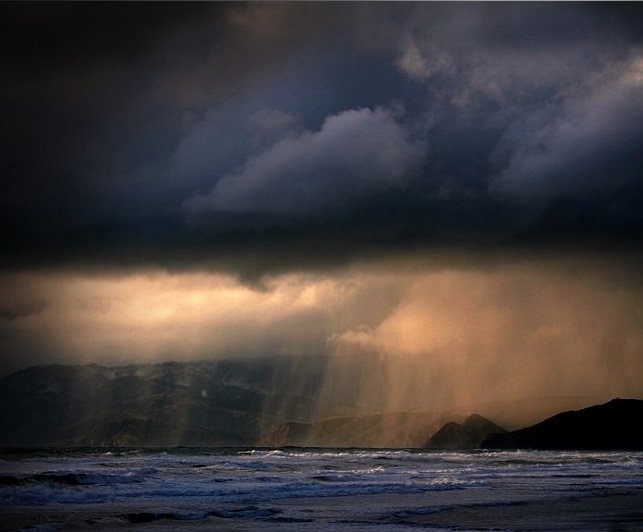 LOOKING over his shoulder at the past 2000 years, and then, the times directly ahead, John Paul II made a profound statement:

The world at the approach of a new millennium, for which the whole Church is preparing, is like a field ready for the harvest. —POPE JOHN PAUL II, World Youth Day, homily, August 15th, 1993

At that same event at World Youth Day in Denver, Colorado, he spoke of the profound confusion between good and evil, right and wrong—and this before the Supreme Courts and other rogue government leaders would redefine the meaning of marriage and nature of human sexuality, the very foundations of society. He prophetically compared the war between the culture of life and the culture of death to the “woman clothed in the sun” and the “dragon” battling in Revelation 12. That is to say that, the world-wide system that Pope Leo XIII warned was coming, John Paul II said was now here:

…that which is their ultimate purpose forces itself into view—namely, the utter overthrow of that whole religious and political order of the world which the Christian teaching has produced, and the substitution of a new state of things in accordance with their ideas, of which the foundations and laws shall be drawn from mere naturalism. —POPE LEO XIII, Humanum Genus, Encyclical on Freemasonry, n.10, April 20th, 1884

Few, it seems, understand what these papal prophets are saying: namely, that the “beast” of Revelation is rising.

Indeed, the Lord GOD does nothing without revealing his plan to his servants, the prophets. (Today’s first reading)

But both popes, among several others, also foresaw the end of this “Storm”: that the earth would be purified and that the Church would enjoy a “new springtime” and “coming new and divine holiness.” [1]cf. The Popes, and the Dawning Era and The Coming New and Divine Holiness From God’s perspective, He has been left little choice after centuries of heavenly and papal warnings:

I have written a great deal about the first part of this Storm—the Seven Seals of Revolution, which are mostly mankind harvesting what it has sown in a culture of death and idolatry. In the midst of these ferocious “winds of change”, [2]see also The Winds of Change many saints and mystics, and Scripture itself, have spoken of the “eye of the Storm” [3]cf. The Great Liberation —a “warning” from Heaven that would shake earth’s inhabitants and give them a last choice: to repent, and thus be marked by God’s angels, or to take the “mark of the beast” (and his false promises of “peace and security”) in lieu of their salvation. After this comes the last part of the Storm: the final harvest of this age when the weeds will be separated from the wheat and the night of wickedness will give way to the dawn of a new era, a period of peace before the end of the world.

At dawn I bring my plea expectantly before you. For you, O God, delight not in wickedness; no evil man remains with you; the arrogant may not stand in your sight. (Today’s Psalm)

Several mystics have estimated that a great portion of the earth will die by the end of this Storm.

…if men do not repent and better themselves, the Father will inflict a terrible punishment on all humanity. It will be a punishment greater than the deluge, such as one will never seen before. Fire will fall from the sky and will wipe out a great part of humanity, the good as well as the bad, sparing neither priests nor faithful… The only arms which will remain for you will be the Rosary and the Sign left by My Son. —Message of the Blessed Virgin Mary to Sr. Agnes Sasagawa , Akita, Japan; EWTN online library

The prophet Zechariah speaks of a remnant passing through this Great Purification.

In all the land — oracle of the Lord — two thirds of them will be cut off and perish, and one third will be left. I will bring the one third through the fire; I will refine them as one refines silver, and I will test them as one tests gold. (Zech 13:8-9)

It is striking, then, that in the recently approved messages to Gladys Herminia Quiroga of Argentina, Our Lady said:

Two-thirds of the world is lost and the other part must pray and make reparation for the Lord to take pity. The devil wants to have full domination over the earth. He wants to destroy. The earth is in great danger… At these moments all humanity is hanging by a thread. If the thread breaks, many will be those who do not reach salvation… Hurry because time is running out; there will be no room for those who delay in coming!… The weapon that has the greatest influence on evil is to say the Rosary… — approved on May 22nd, 2016 by Bishop Hector Sabatino Cardelli

So, these are serious times that demand our prayers and sacrifices for the many whose eternal souls are hanging in the balance. Yet, these days are not so serious that we should ever panic and become afraid if our faith is in Jesus. In today’s Psalm, David writes:

I, because of your abundant mercy, will enter your house…

And to Gladys, Our Lady said:

Those who stay in the Lord have nothing to fear, but those who deny what comes from him do.

Indeed, even though the Gospel today says that a “violent storm” came upon the Apostles, they were safe with Christ in their boat.

They came and woke him, saying, “Lord, save us! We are perishing!” He said to them, “Why are you terrified, O you of little faith?” Then he got up, rebuked the winds and the sea, and there was g
reat calm.

In closing then, let’s call to mind the hopeful words of St. Irenaeus, whose Memorial we celebrate this day. He was a disciple of St. Polycarp, whom himself was a disciple of the Apostle, St. John. Irenaeus, citing Apostolic Tradition from the “seniors”, spoke of the end of the Storm, that Great Calm that will come after the death of the “beast”. He taught, as did other Church Fathers and ecclesial writers, that a period of “blessing” and “resurrection” would come for the Church before the end of the world. It would seem, brothers and sisters, that this “era of peace” is drawing nearer to us than many realize…. 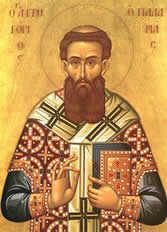 So, the blessing foretold undoubtedly refers to the time of His Kingdom, when the just will rule on rising from the dead; when creation, reborn and freed from bondage, will yield an abundance of foods of all kinds from the heaven’s dew and the fertility of the earth, just as the seniors recall. Those who saw John, the Lord’s disciple, [tell us] that they heard from him how the Lord taught and spoke about these times… —St. Irenaeus of Lyons, Church Father (140–202 A.D.); Adversus Haereses, Irenaeus of Lyons, V.33.3.4, The Fathers of the Church, CIMA Publishing

(Note: Irenaeus was renowned and honored by the Church for his defense against the Gnostic heresies. And yet, some contemporary authors today, ironically, accuse him of the heresy of “millenarianism” for the above teaching, which refers to the “thousand years” in Revelation 20 that occur between the death of the beast and the end of the world. What the Church has always condemned is the idea that Jesus will establish a definitive kingdom on earth, in which He will reign in the flesh. However, using the allegorical language of the Old Testament prophets, what the Fathers taught was a coming period of peace or “rest” for the Church—something that Rome has never condemned. See Millenarianism—What it is, and is Not).