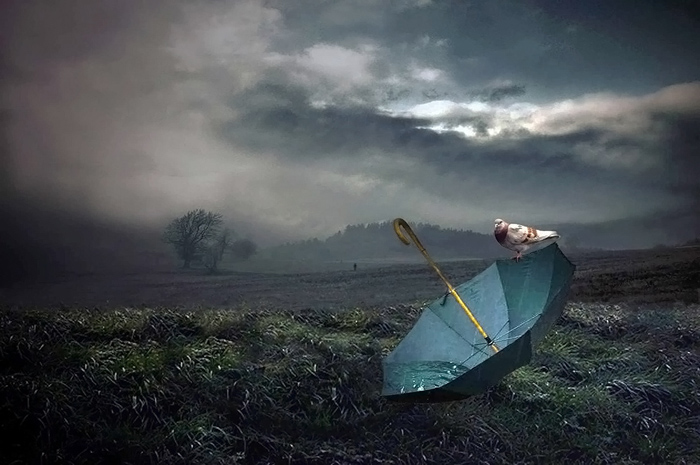 AMONG the Old Testament prophets who foretell a great purification of the world followed by an era of peace is Zephaniah. He echoes what Isaiah, Ezekiel and others foresee: that a Messiah will come and judge the nations and establish His reign on earth. What they did not realize is that His reign would be spiritual in nature in order to fulfil the words that the Messiah would one day teach God’s people to pray: Thy kingdom come, thy will be done on earth as it is in Heaven.

For then I will change and purify the lips of the peoples, That they all may call upon the name of the LORD, to serve him with one accord; from beyond the rivers of Ethiopia and as far as the recesses of the North, they shall bring me offerings. (Today’s first reading)

The “offerings” they would bring would not be cattle or grain, but their very selves—their free will, in fact.

I urge you therefore, brothers, by the mercies of God, to offer your bodies as a living sacrifice, holy and pleasing to God, your spiritual worship. Do not conform yourselves to this age but be transformed by the renewal of your mind, that you may discern what is the will of God, what is good and pleasing and perfect. (Rom 12:1-2)

But even St. Paul said, “we know partially and we prophesy partially…” [1]1 Cor 13:9 The expectation of the early Church was that the words of the prophets would find their definitive fulfillment within their lifetimes. This was not to be the case. It was the Vicar of Christ, the first pope, who would eventually temper expectations indicating that, “with the Lord one day is like a thousand years and a thousand years like one day.” [2]2 Pet 3:8; cf. Ps 90:4 Indeed, the early Church Fathers of the first century would seize upon that “theology” and, based on apostolic teaching, teach that the “day of the Lord” was not a 24 hour day at the very end of the world, but in fact, that messianic age of peace foretold by the prophets.

Keep in mind, the early Church Fathers used the same allegorical language as the Old Testament prophets. For example, when the Scriptures prophesy the people of God entering a land flowing with “milk and honey”, that was not intended literally, but rather to indicate the abundant providence of God. And so, St. Justin adds:

Now… we understand that a period of one thousand years is indicated in symbolic language. —St. Justin Martyr, Dialogue with Trypho, Ch. 81, The Fathers of the Church, Christian Heritage

He is referring here, of course, to the “thousand years” spoken of in Revelation 19-20, when Jesus would manifest His power and judgment upon the nations, which would be followed, not by the end of the world, but by a “thousand years”—that “era of peace.” Here we see the sequence clearly in Zephaniah in today’s first reading. I’ll quote Revelation after to show its New Testament counterpart.

First, a judgment of the living:

Thus says the LORD: Woe to the city, rebellious and polluted, to the tyrannical city! She hears no voice, accepts no correction; In the LORD she has not trusted, to her God she has not drawn near. (Zeph 3:1-2)

Fallen, fallen is Babylon the great. She has become a haunt for demons. She is a cage for every unclean spirit. (Rev 18:2)

A purification from the world of those who have refused God’s mercy:

For then will I remove from your midst the proud braggarts, And you shall no longer exalt yourself on my holy mountain… The LORD confronts the evildoers, to destroy remembrance of them from the earth. (Zeph 3:11; today’s Psalm 34:17))

The beast was caught and with it the false prophet who had performed in its sight the signs by which he led astray those who had accepted the mark of the beast and those who had worshiped its image. (Rev 19:20)

A purified remnant remains—those who remained faithful to Jesus.[3]see Rev 3:10

I will leave as a remnant in your midst a people humble and lowly, who shall take refuge in the name of the LORD. (Zeph 3:12)

I also saw the souls of those who had been beheaded for their witness to Jesus and for the word of God, and who had not worshiped the beast or its image nor had accepted its mark on their foreheads or hands. They came to life and they reigned with Christ for a thousand years. The rest of the dead did not come to life until the thousand years were over. (Rev 20:1-6)

St. John writes that, during this period, Satan will be chained in the abyss. The long confrontation between the ancient serpent and the Church will find a reprieve, a “day of rest” from the persecution of the ancient adversary. It will be an Era of Peace:

The Church will become small and will have to start afresh more or less from the beginning… But when the trial of this sifting is past, a great power will flow from a more spiritualized and simplified Church. Men in a totally planned world will find themselves unspeakably lonely… [the Church] will enjoy a fresh blossoming and be seen as man’s home, where he will find life and hope beyond death. —Cardinal Joseph Ratzinger (POPE BENEDICT XVI), Faith and Future, Ignatius Press, 2009

They shall pasture and couch their flocks with none to disturb them. (Zeph 13:13)

In closing, the idea of the Church living in a “rebuilt Jerusalem” can be understood as the restoration of man in Christ, that is, the restoration of that primordial unity in the Garden of Eden where Adam and Eve lived in the Divine Will.

…every day in the prayer of the Our Father we ask the Lord: “Thy will be done, on earth as it is in heaven” (Matt 6:10)…. we recognize that “heaven” is where the will of God is done, and that “earth” becomes “heaven”—i.e., the place of the presence of love, of goodness, of truth and of divine beauty—only if on earth the will of God is done. —POPE BENEDICT XVI, General Audience, February 1st, 2012, Vatican City

Thus, the Era of Peace to come should not be understood as the definitive coming of the Kingdom of God either, but the establishment of the Divine Will in the heart of man through a “new Pentecost”… that last stage before the end of the world.

Christ’s redemptive act did not of itself restore all things, it simply made the work of redemption possible, it began our redemption. Just as all men share in the disobedience of Adam, so all men must share in the obedience of Christ to the Father’s will. Redemption will be complete only when all men share his obedience. —Servant of God Fr. Walter Ciszek, He Leadeth Me, pg. 116-117 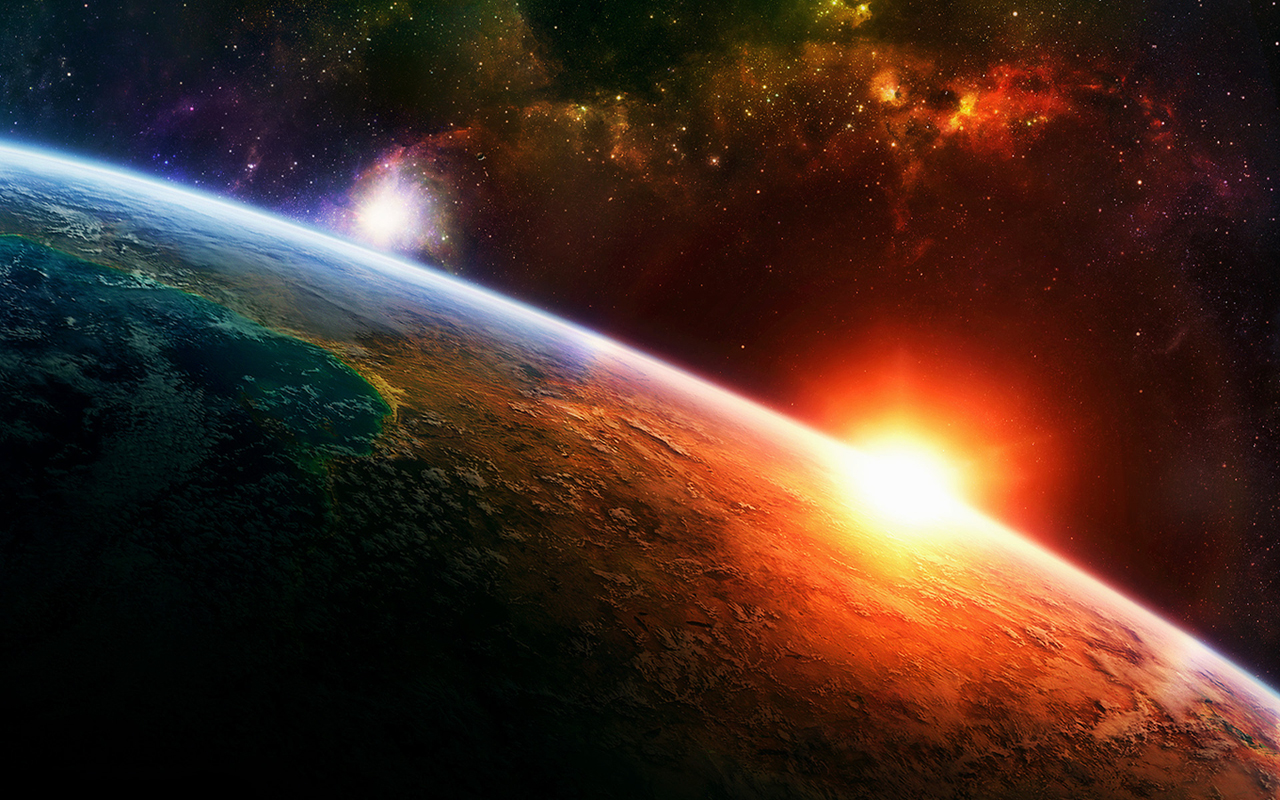 …so great are the needs and the perils of the present age, so vast the horizon of mankind drawn towards world coexistence and powerless to achieve it, that there is no salvation for it except in a new outpouring of the gift of God. Let Him then come, the Creating Spirit, to renew the face of the earth!  —POPE PAUL VI, Gaudete in Domino, May 9th, 1975 www.vatican.va

Dear Holy Father… He is Coming

Millenarianism—What it is and is not

So grateful for your Advent offerings… bless you!