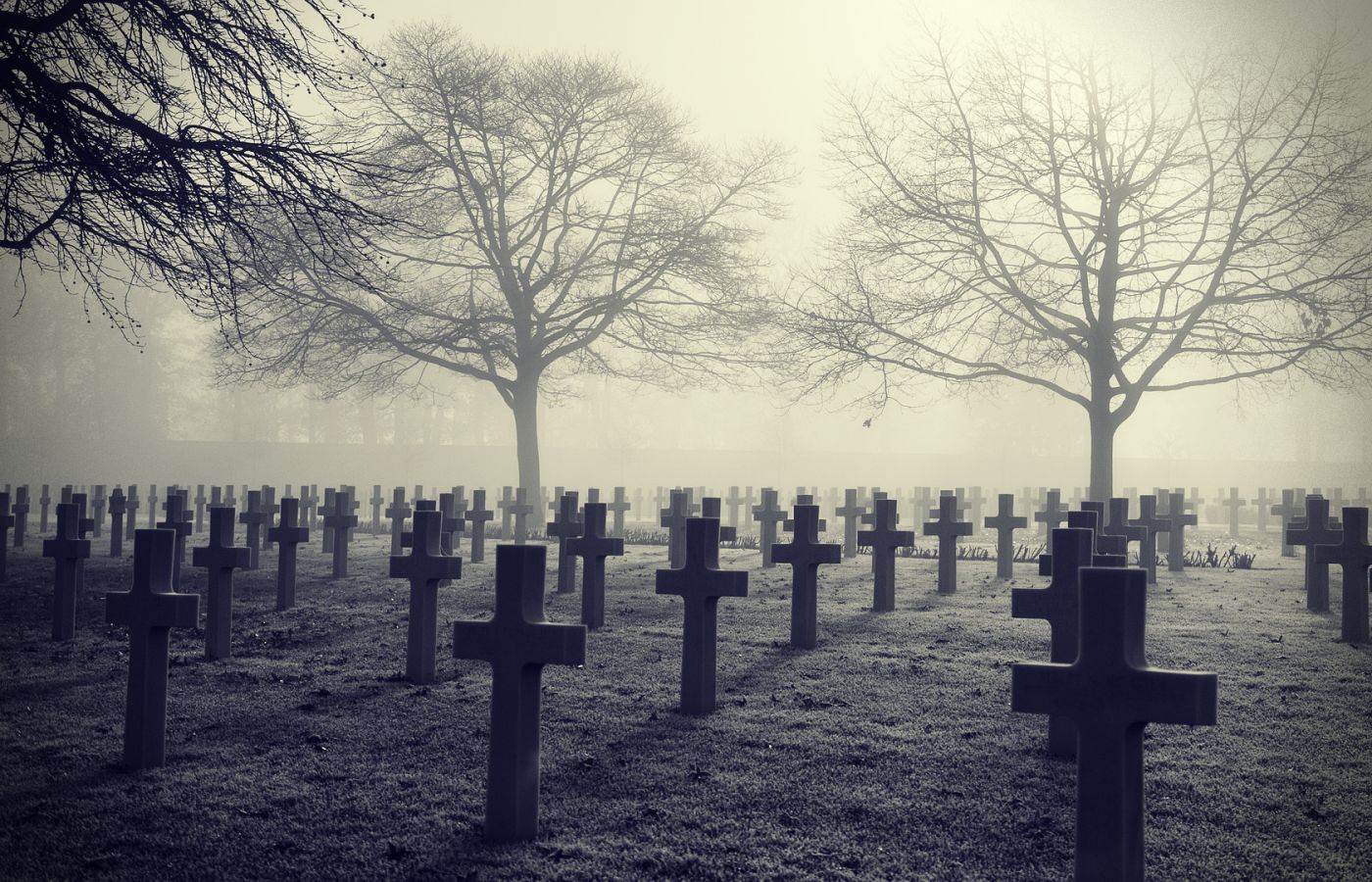 Hear, O kings, and understand;
learn, you magistrates of the earth’s expanse!
Hearken, you who are in power over the multitude
and lord it over throngs of peoples!
Because authority was given you by the Lord
and sovereignty by the Most High,
who shall probe your works and scrutinize your counsels.
Because, though you were ministers of his kingdom,
you judged not rightly,
and did not keep the law,
nor walk according to the will of God,
Terribly and swiftly shall he come against you,
because judgment is stern for the exalted–
For the lowly may be pardoned out of mercy…
(Today’s First Reading)

IN several countries around the world, Remembrance Day or Veterans’ Day, on or near November 11th, marks a somber day of reflection and gratitude for the sacrifice of millions of soldiers who gave their lives fighting for freedom. But this year, the ceremonies will ring hollow for those who have watched their freedoms evaporate in front of them.

For those millions who have been robbed of their livelihoods, barred from local businesses, deprived of medical assistance, and discriminated against by their neighbours for simply exercising their moral right to refuse an experimental medical procedure that has seriously injured millions and killed scores around the world.[1]cf. The Tolls

For those tens of thousands of scientists and doctors who have signed numerous declarations over the past year denouncing the grotesque overreach of governments and medical associations ‘forbidding physicians from questioning or debating any or all of the official measures imposed in response to COVID-19’,[2]from the canadianphysicians.org such as the:

And finally, for those who have been censored by a corrupt bought-and-paid-for media for trying to share crucial data and science contrary to the narrative, or for telling their stories of how they have been injured.[3]eg. The Covid World; Covid Victims and Research Group

What is stated above is the result of several national governments not only allowing the trampling of individual freedoms and inherent rights, but beginning to enact unjust laws infringing on the right to work, to freedom of movement and association — all under the banner of a “pandemic” that has a survival rate of over 99%.[4]Here are the age-stratified statistics of the Infection Fatality Rate (IFR) for the COVID-19 disease, recently compiled by John I. A. Ioannides, one of the most prestigious bio-statisticians in the world.

Scripture and Catholic teaching acknowledge the duty of citizens to obey the legitimate authorities in their countries: “Give honor to all, love the community, fear God, honor the king,” wrote St. Paul.[5]1 Peter 2:17 And regarding taxes, Jesus said, “Repay to Caesar what belongs to Caesar and to God what belongs to God.”[6]Matt 22:21 However,

Authority does not derive its moral legitimacy from itself. It must not behave in a despotic manner, but must act for the common good as a moral force based on freedom and a sense of responsibility: A human law has the character of law to the extent that it accords with right reason, and thus derives from the eternal law. Insofar as it falls short of right reason it is said to be an unjust law, and thus has not so much the nature of law as of a kind of violence.

Authority is exercised legitimately only when it seeks the common good of the group concerned and if it employs morally licit means to attain it. If rulers were to enact unjust laws or take measures contrary to the moral order, such arrangements would not be binding in conscience. In such a case, authority breaks down completely and results in shameful abuse. —Catechism of the Catholic Church , nos. 1902-1903

“Political authorities are obliged to respect the fundamental rights of the human person,” it goes on to say.[7]n. 2237 Hence, when these are violated:

When fundamental rights are destroyed, when the “common good” is no longer served (despite the State’s propaganda insisting otherwise), civil disobedience becomes not only an option but an imperative.

The citizen is obliged in conscience not to follow the directives of civil authorities when they are contrary to the demands of the moral order, to the fundamental rights of persons or the teachings of the Gospel. Refusing obedience to civil authorities, when their demands are contrary to those of an upright conscience, finds its justification in the distinction between serving God and serving the political community. “Render therefore to Caesar the things that are Caesar’s, and to God the things that are God’s.” “We must obey God rather than men” (Acts 5:29): When citizens are under the oppression of a public authority which oversteps its competence, they should still not refuse to give or to do what is objectively demanded of them by the common good; but it is legitimate for them to defend their own rights and those of their fellow citizens against the abuse of this authority within the limits of the natural law and the law of the gospel. —CCC, n. 2242

Last week, the daily Mass readings called us to reflect on Counting the Cost of following Jesus and the Gospel. Today, there are many “kings” in conflict with the laws of God — men and women who are lording their power over the throngs and who have “judged not rightly, and did not keep the law.” On this eve of Remembrance Day, we ought to indeed reflect soberly on the cost that multitudes have paid for our freedom — a freedom that we have taken for granted and are being forced to defend once again… or surrender to the despots of our times.

The Progression of Totalitarianism

The Enemy is Within the Gates