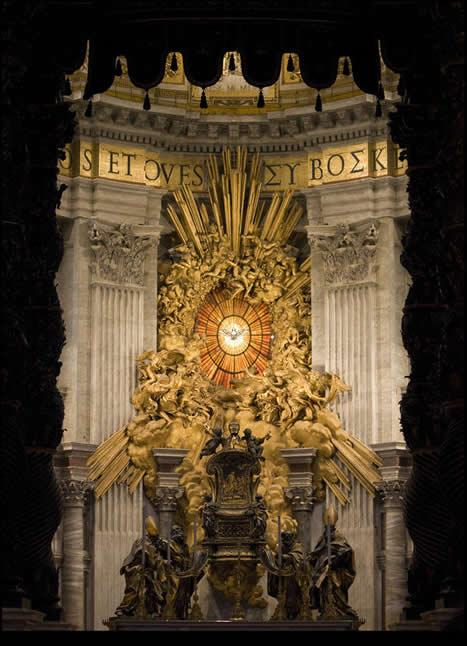 THE past two weeks, the words keep rising in my heart, “You have entered dangerous days…” And for good reason.

The enemies of the Church are many from both within and without. Of course, this is nothing new. But what is new is the current zeitgeist, the prevailing winds of intolerance toward Catholicism on a near global scale. While atheism and moral relativism continue to strike at the hull of the Barque of Peter, the Church is not without her internal divisions.

For one, there is building steam in some quarters of the Church that the next Vicar of Christ will be an anti-pope. I wrote about this in Possible… or Not? In response, the bulk of letters I’ve received are grateful for clearing the air on what the Church teaches and for putting an end to tremendous confusion. At the same time, one writer accused me of blasphemy and putting my soul at risk; another of overstepping my bounds; and yet another saying that my writing on this was more of a danger to the Church than the actual prophecy itself. While this was going on, I had evangelical Christians reminding me that the Catholic Church is Satanic, and traditionalist Catholics saying I was damned for following any pope after Pius X.

No, it is not surprising that a pope has resigned. What is surprising is that it took 600 years since the last one.

I am reminded again of Blessed Cardinal Newman’s words that are now blasting like a trumpet above the earth:

Satan may adopt the more alarming weapons of deceit—he may hide himself—he may attempt to seduce us in little things, and so to move the Church, not all at once, but by little and little from her true position… It is his policy to split us up and divide us, to dislodge us gradually from our rock of strength. And if there is to be a persecution, perhaps it will be then; then, perhaps, when we are all of us in all parts of Christendom so divided, and so reduced, so full of schism, so close upon heresy… and Antichrist appear as a persecutor, and the barbarous nations around break in. —Venerable John Henry Newman, Sermon IV: The Persecution of Antichrist

2000 years ago, prophecy was a source of controversy even then, prompting St. Paul to write:

Do not despise prophetic utterances. Test everything; retain what is good. (1 Thess 5:14)

This is why I find some of the responses to Possible… or Not? somewhat disproportionate. As I wrote in the introduction of that writing, the question of authenticity of a seer ultimately belongs to the competent authority in the particular diocese in which the alleged seer belongs. My writing condemns no one… I have not looked into the eyes of the alleged seer, listened to her stories, how she felt called, how she 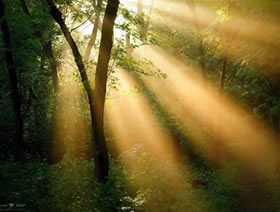 believes the Lord speaks to her, how she is spiritually directed or what her bishop’s guidance is, etc. I know nothing about her. In my writing, On Seers and Visionaries, I have appealed to the reader to be merciful towards those who feel they are hearing the voice of God in a special way. Too quick are people to label someone a “false prophet” if they so much as eat the wrong thing for breakfast. Even the Church does not jump to such ready conclusions in her discernment of prophecy, as Dr. Mark Miravalle points out in his study on private revelation:

Such occasional occurrences of flawed prophetic habit should not lead to the condemnation of the entire body of the supernatural knowledge communicated by the prophet, if it is properly discerned to constitute authentic prophecy. Nor, in cases of the examination of such individuals for beatification or canonization, should their cases be dismissed, according to Benedict XIV, as long as the individual humbly acknowledges his error when it is brought to his attention. —Dr. Mark Miravalle, Private Revelation: Discerning With the Church, p. 21

However, it may sometimes be years or even decades before Church authorities scrutinize a certain private revelation, if ever. That is why it is necessary to know how to discern prophecy in the meantime. Often, people forward private revelation to me with the subject line reading, “For your discernment…” and I ask myself, what does that mean? What is my discernment? Feelings? A tingling anointing? That was the underlying point of my article: that we cannot discern private revelation in a vacuum. It must first and foremost stand the test of veracity against the constant teachings of Sacred Tradition (and if it does, then what? All we can do is watch and pray… or waste time speculating.)

That is why, before writing Possible… or Not?, I consulted with a well-respected theologian from the Vatican who is also an expert in private revelation. His conclusion was clear on the heretical element in the prophecy in question. [1] Since writing this, another theologian has stepped forward with a proper analysis of the messages of “Maria of Divine Mercy”; see: http://us2.campaign-archive2.com/ But even before that, I waited for several months, spoke several times about it with my spiritual director, and watched and prayed. The growing influence of that prophecy coupled with dozens upon dozens of requests from readers about the contents led me at last to write about the evident contradictions. I did not take this lightly. Nor should we take lightly a prophecy that says, as of February 28th, 2013, there will never be another ‘true pope on earth’. And that even though the next one ‘may be elected by members within the Catholic Church’, he will be a false prophet to deceive the world. In the face of such tendentious words, it is not the time for naivety or misplaced niceness, but a dispassionate examination.

You see, our next pope could be a saint—but many already believe he is a devil. 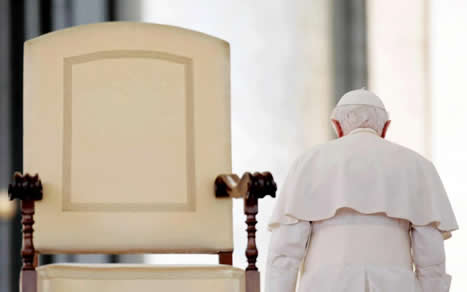 It is worth restating here again that I have written for years now about the ripening conditions for a massive deception. [2]cf. The Coming Counterfeit and The Great Vacuum And not only that of a false prophet, but a deluge of many deceivers, even from within the Church. [3]cf. Deluge of False Prophets and Part II; also, Pope Benedict and the Two Columns I have also said several times that an “anti-pope” is clearly possible, as has happened in the past. But never in the history of the Church has there ever been an anti-pope who was validly elected by two thirds of the Conclave. And never has a pope ever erred in matters of faith and morals when teaching ex cathedra from the chair of Peter. This is a remarkable miracle, a staggering testament to the promise of Christ’s words and His power made perfect in weakness: “Peter, you are rock.”

Yes, we are standing on rock.

Not that I mean to neglect one’s spiritual sense when it comes to discernment. The fruits of this alleged prophecy, if one wishes to speak of feelings and such that have come to my mailbox, are: confusion, paranoia, division, dissension, fear and anti-papalism. One writer said that this seer’s messages are spreading like wildfire in Australia and “wreaking havoc.” Really? It would seem to me then that discussion of such prophecies is pressing.

At the same time, one has to acknowledge that a certain wariness (weariness?) among believers is justified. After all, most if not all of those who wrote me regarding this prophecy are souls alert to the dangers of our time. They have endured the heresy and rot that has eaten away at much of the Western Church. And they are aware that Our Lady is not appearing to have tea with her children, but to call them back from the abyss. Still, the issue here is not one of pledging blind trust to human beings, but rather placing trust in Christ — despite human beings.

Every single biblical logion about the primacy [of Peter] remains from generation to generation a signpost and norm, to which we must ceaselessly resubmit ourselves. When the Church adheres to these

words in faith, she is not being triumphalistic but humbly recognizing in wonder and thanksgiving the victory of God over and through human weakness.

For with the same realism with which we declare today the sins of the popes and their disproportion to the magnitude of their commission, we must also acknowledge that Peter has repeatedly stood as the rock against ideologies, against the dissolution of the word into the plausibilities of a given time, against subjection to the powers of this world. When we see this in the facts of history, we are not celebrating men but praising the Lord, who does not abandon the Church and who desired to manifest that he is the rock through Peter, the little stumbling stone: “flesh and blood” do not save, but the Lord saves through those who are flesh and blood. To deny this truth is not a plus of faith, not a plus of humility, but is to shrink from the humility that recognizes God as he is. —Cardinal Ratzinger (POPE BENEDICT XVI), Called to Communion, Understanding the Church Today, Ignatius Press, p. 73-74

So, Possible… or Not? is not a “harsh attack” upon anyone, but a sober examination of some very problematic words that a seer has claimed to come from Jesus. St. Thomas Moore lost his head refusing to budge on heresy. Many saints were tortured to death for standing by the articles of their Faith. And popes have laid their lives down to defend the truth that Christ entrusted to them. It’s not that prophecies like the one in question are surprising; rather, how quickly some are ready to jump overboard the Barque of Peter. While some may think it is uncharitable to question the safety of the apparent “lifeboat” the seer offers, [4]cf. Apparently, the seer is to distribute to the world what she calls “The Book of Truth” is it not charitable to turn off the false alarm, and help others back on board?

I don’t mind the letters, even the nasty ones. They often provide wonderful teaching moments for me and my readers. If we’re going to be servants of the Lord, we need to have a soft heart—and a thick skin.

Mark Mallett will be speaking and singing in Manitoba and California
this March and April, 2013. Click the link below
for times and places: