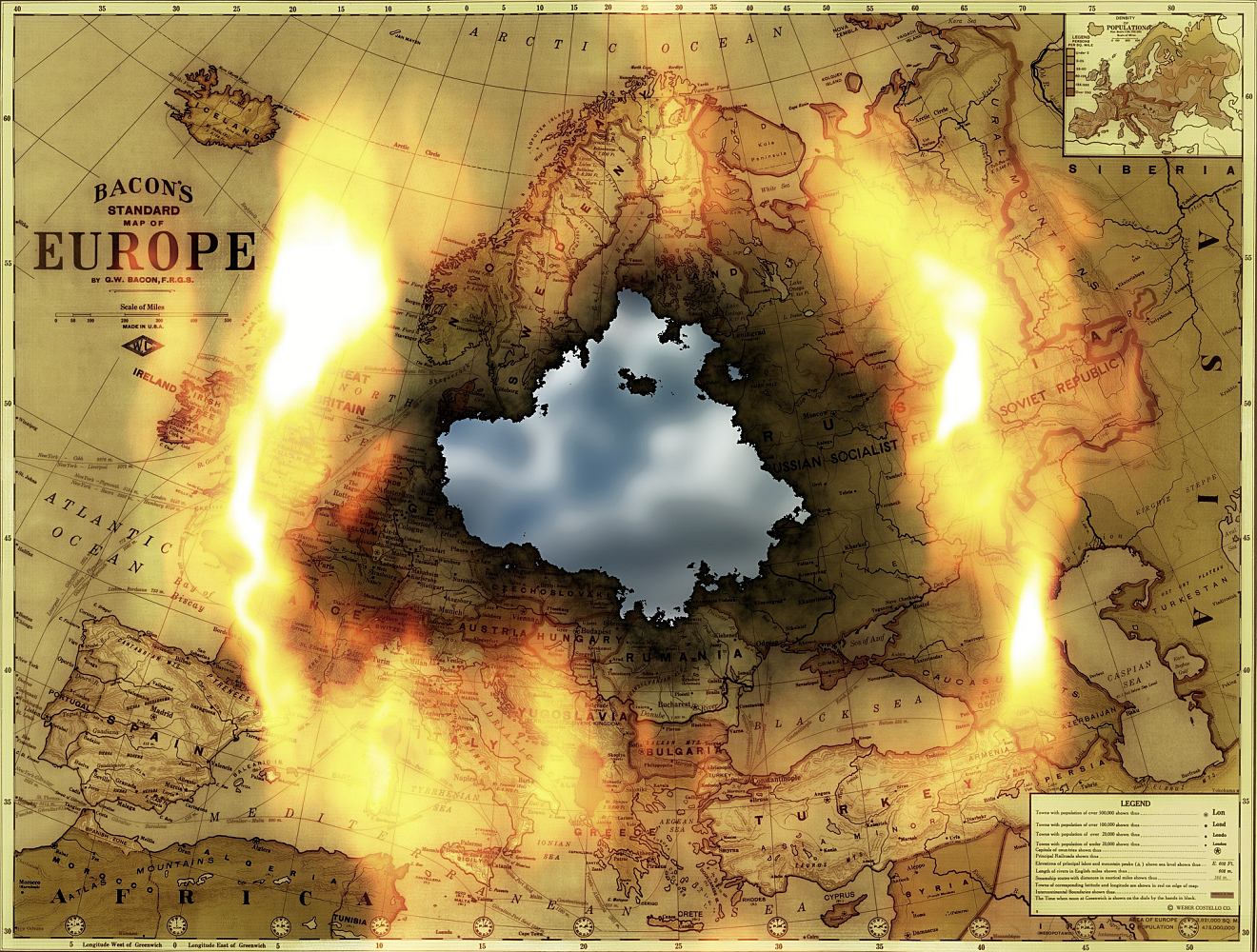 WE have posted a host of prophetic messages this past week, both current and from decades past, on Russia and their role in these times. Yet, it’s not only seers but the voice of the Magisterium that has prophetically warned of this present hour…

Drawing upon the vivid imagery of the Fatima visions,[1]cf. Fatima, and the Great Shaking Cardinal Joseph Ratzinger (Benedict XVI) wrote:

The angel with the flaming sword on the left of the Mother of God recalls similar images in the Book of Revelation. This represents the threat of judgment which looms over the world. Today the prospect that the world might be reduced to ashes by a sea of fire no longer seems pure fantasy: man himself, with his inventions, has forged the flaming sword. —The Message of Fatima, vatican.va 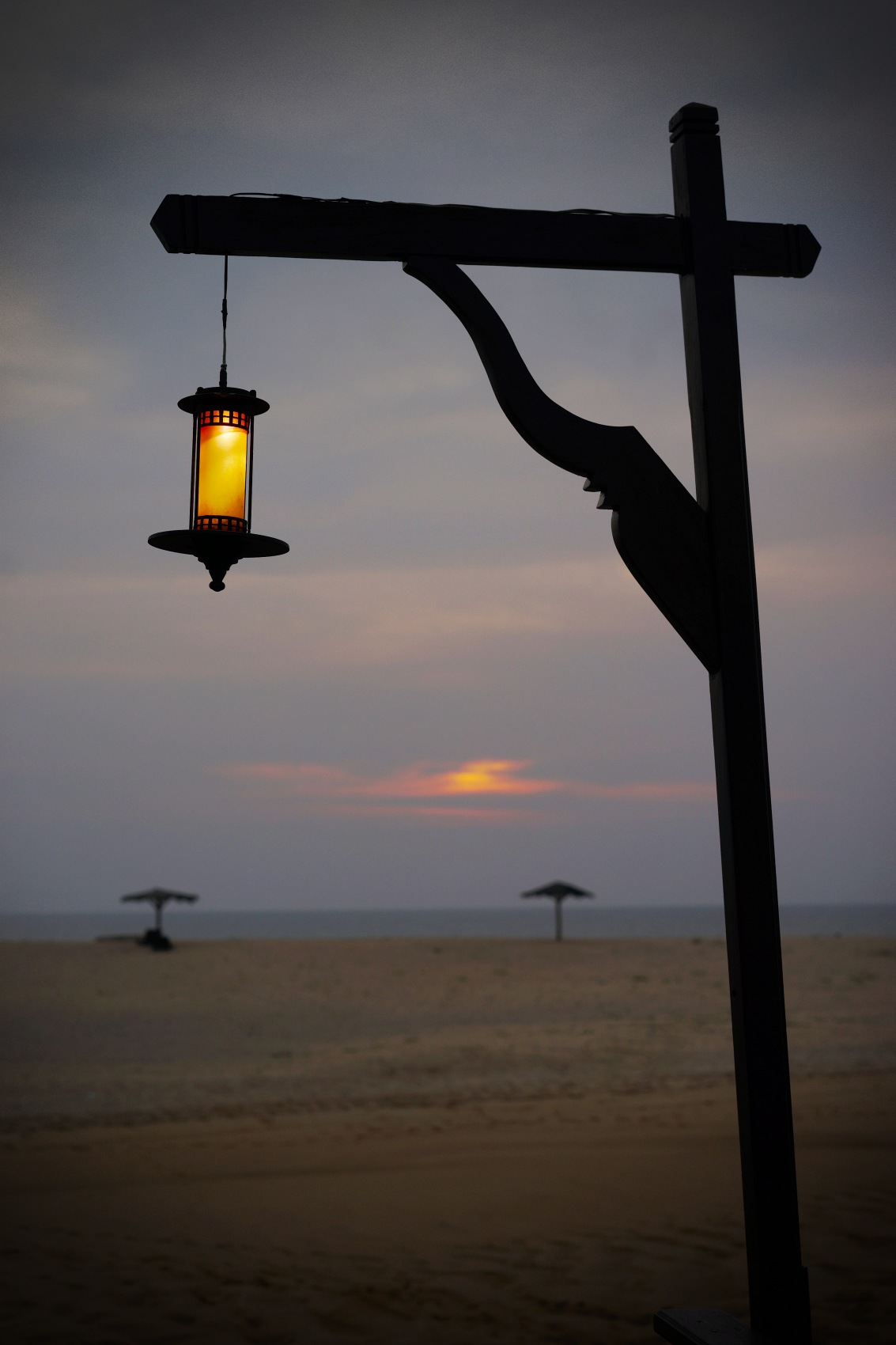 When he became Pope, Benedict XVI again repeated this warning to the Church, particularly in the West, where a rapid de-Christianization was unfolding from Europe to North America:

The threat of judgment also concerns us, the Church in Europe, Europe and the West in general… the Lord is also crying out to our ears… “If you do not repent I will come to you and remove your lampstand from its place.” Light can also be taken away from us and we do well to let this warning ring out with its full seriousness in our hearts, while crying to the Lord: “Help us to repent!” —POPE BENEDICT XVI, Opening Homily, Synod of Bishops, October 2nd, 2005, Rome

Much has been said by the prophets in recent messages about Italy and specifically Rome, and how this conflict with Russia is opening the door to the Antichrist. [2]eg. War Will Reach Rome Church Father Lactantius once wrote:

…when that capital of the world shall have fallen, and shall have begun to be a street… who can doubt that the end has now arrived to the affairs of men and the whole world? —Lactantius, Church Father, Divine Institutes, Book VII, Ch. 25, “Of the Last Times, and of the City of Rome”. Here, Rome is considered the spiritual capital of the world in the Christian era. Note: Lactantius goes on to say that the collapse of the Roman Empire is not the end of the world, but marks the beginning of a “thousand-year” reign of Christ in His Church, followed by the consummation of all things. This “thousand years” is a symbolic number and what we refer to here as an “Era of Peace. See How the Era was Lost.

St. Paul speaks of a “restrainer” holding back the “lawless one” who is preceded by a revolt or revolution. Given that the Roman Empire converted to Christianity, today, one can consider Western civilization as both a blend of its Christian/political roots.[3]cf. The Agitators – Part II Likewise, its falling away from the Gospel and the collapse of Christendom may well be the harbinger St. Paul was referring to:

This revolt [apostasy], or falling off, is generally understood, by the ancient fathers, of a revolt from the Roman empire, which was first to be destroyed, before the coming of Antichrist. It may, perhaps, be understood also of a revolt of many nations from the Catholic Church which has, in part, happened already, by the means of Mahomet, Luther, etc. and it may be supposed, will be more general in the days of the Antichrist. —footnote on 2 Thess 2:3, Douay-Rheims Holy Bible, Baronius Press Limited, 2003; p. 235

The Catechism of the Catholic Church teaches:

…apostasy is the total repudiation of the Christian faith… The supreme religious deception is that of the Antichrist, a pseudo-messianism by which man glorifies himself in the place of God and his Messiah who has come in the flesh. The Antichrist’s deception already begins to take shape in the world every time the claim is made to realize within history that messianic hope that can only be realized beyond history through the eschatological judgment. The Church has rejected even modified forms of this falsification of the kingdom to come under the name of millenarianism, especially the “intrinsically perverse” political form of a secular messianism. —CCC, n. 2089, 675-676

Canadian Catholic lecturer, author, and professor, Michael D. O’Brien, whom I consider to be the most pre-eminent prophetic voice in the Church regarding the demise of the West — concludes:

Gazing about at the contemporary world, even our “democratic” world, could we not say that we are living in the midst of precisely this spirit of secular messianism? And is this spirit not manifested especially in its political form, which the Catechism calls in the strongest language, “intrinsically perverse”? How many people in our times now believe that the triumph of good over evil in the world will be achieved through social revolution or social evolution? How many have succumbed to the belief that man will save himself when sufficient knowledge and energy are applied to the human condition? I would suggest that this intrinsic perversity now dominates the entire Western world. —talk at St. Patrick’s basilica in Ottawa, Canada, September 20th, 2005; catholiculture.org

…an abstract, negative religion is being made into a tyrannical standard that everyone must follow. —POPE BENEDICT XVI, Light of the World, A Conversation with Peter Seewald, p. 52

The Moral and Spiritual Collapse of the West

The concrete form this relativistic “religion” is taking is the Religion of Scientism — the excessive belief in the power of scientific knowledge and techniques.

The West refuses to receive, and will accept only what it constructs for itself. Transhumanism is the ultimate avatar of this movement. Because it is a gift from God, human nature itself becomes unbearable for western man. This revolt is spiritual at root. —Cardinal Robert Sarah, Catholic Herald, April 5th, 2019; cf. The African Now Word

Indeed, it is Western leaders primarily who are driving this “Fourth Industrial Revolution” that seeks to fuse our bodies with the digital realm.

It is the fusion of these technologies and their interaction across the physical, digital and biological domains that make the fourth industrial revolution fundamentally different from previous revolutions. —Prof. Klaus Schwab, founder World Economic Forum, “The Fourth Industrial Revolution”, p. 12

Progress and science have given us the power to dominate the forces of nature, to manipulate the elements, to reproduce living things, almost to the point of manufacturing humans themselves. In this situation, praying to God appears outmoded, pointless, because we can build and create whatever we want. We don’t realise we are reliving the same experience as Babel.  —POPE BENEDICT XVI, Pentecost Homily, May 27th, 2012

As the headlines are occupied with the confrontation in the Ukraine, the World Health Organization and its partners are quietly preparing for the collapse of the global economy and the rise of a digital era in which every single human being is to be assigned a digital ID to track their “health status” [4]cf. “Moving towards digital documentation of COVID-19 status”, who.int — which is the death knell of freedom.[5]cf. “WHO partners with large communications company to roll out global digital COVID passports”, lifesitenews.com 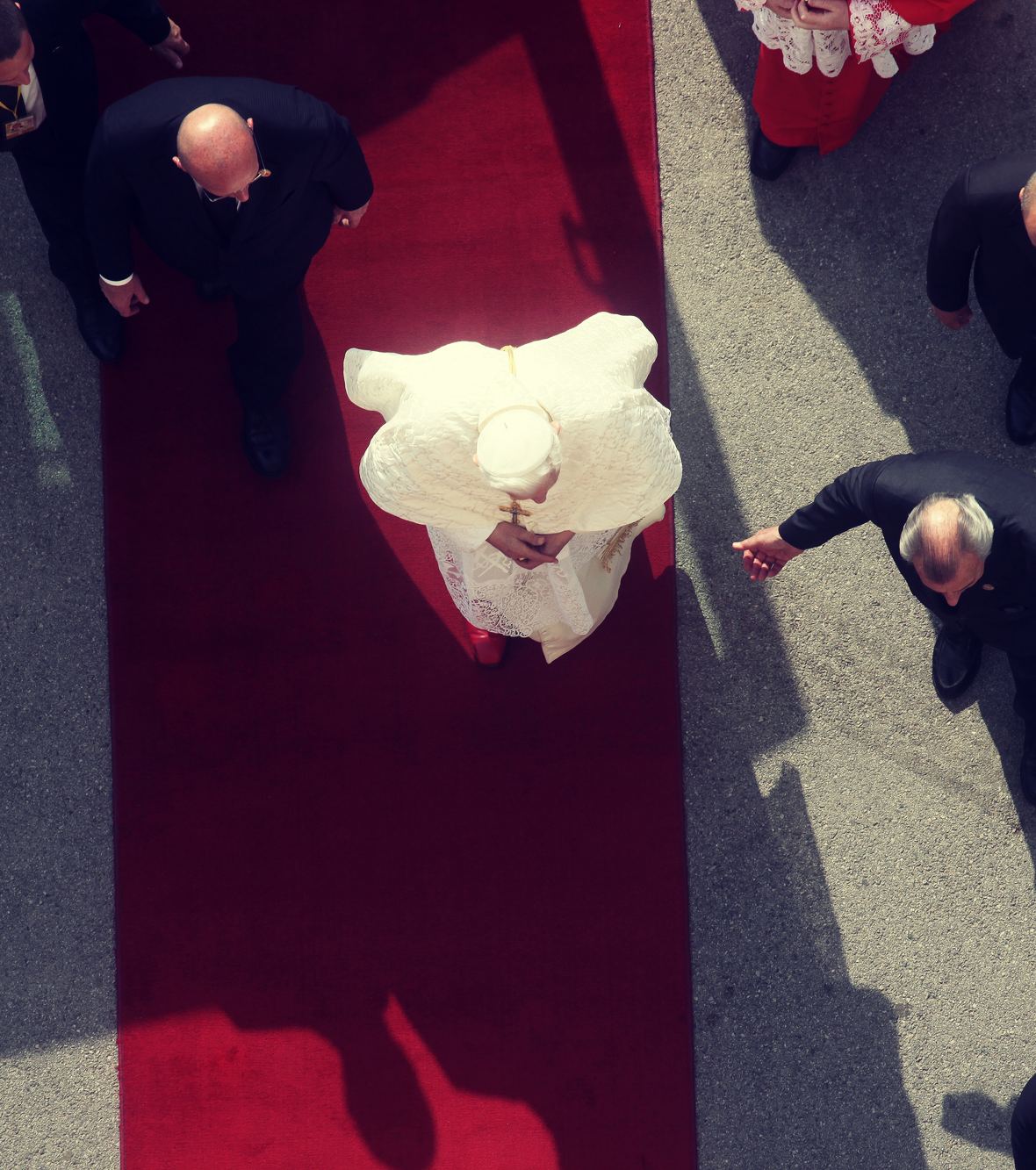 Comparing our generation to the collapse of the Roman Empire, Benedict XVI paints a familiar picture:

The disintegration of the key principles of law and of the fundamental moral attitudes underpinning them burst open the dams which until that time had protected peaceful coexistence among peoples. The sun was setting over an entire world. Frequent natural disasters further increased this sense of insecurity. There was no power in sight that could put a stop to this decline. All the more insistent, then, was the invocation of the power of God: the plea that he might come and protect his people from all these threats…  [Today], Only if there is such a consensus on the essentials can constitutions and law function. This fundamental consensus derived from the Christian heritage is at risk… In reality, this makes reason blind to what is essential. To resist this eclipse of reason and to preserve its capacity for seeing the essential, for seeing God and man, for seeing what is good and what is true, is the common interest that must unite all people of good will. The very future of the world is at stake. —POPE BENEDICT XVI, Address to the Roman Curia, December 20th, 2010, Catholic Herald

Not only have we not heeded the voice of Christ through his Vicar, much less His prophets, but Western nations have practically raced toward dissolving the natural law and eliminating all restraints — particularly those that protect the most vulnerable (from the womb to the aged). This is why the judgment of God is beginning with the West.

The spiritual crisis involves the entire world. But its source is in Europe. People in the West are guilty of rejecting God… The spiritual collapse thus has a very Western character.  —Cardinal Robert Sarah, Catholic Herald, April 5th, 2019; cf. The African Now Word

Perhaps we can better understand now why Our Lady implored the Church to consecrate Russia to her Immaculate Heart and offer the penance of First Saturday devotions.[6]cf. Did the Consecration of Russia Happen? Peace could have come through the complete conversion of Russia; but now, Russia — instead of being an instrument of conversion — appears to be an instrument of 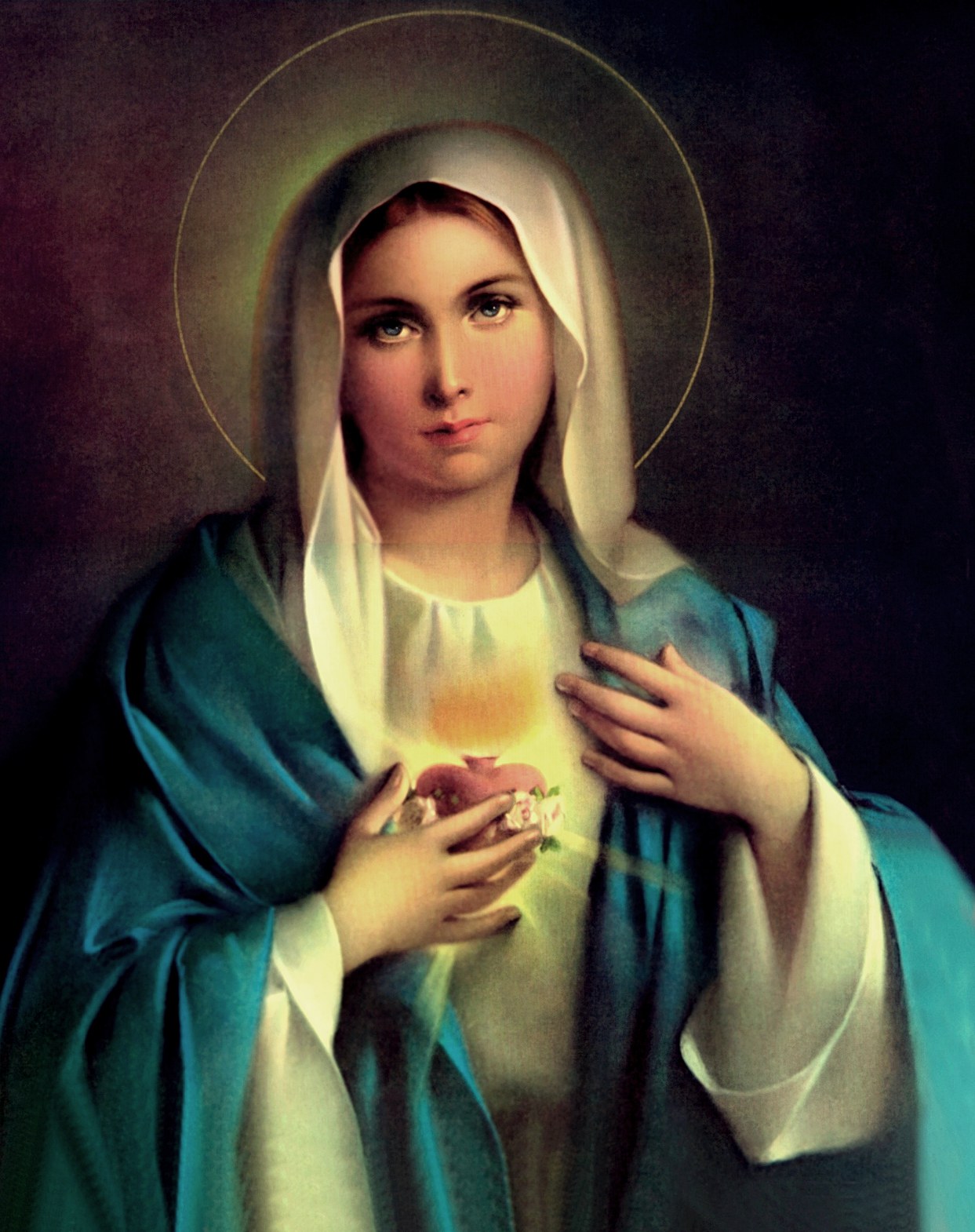 purification. Many are the prophecies that Russia will march into Rome.[7]See messages from the past two weeks on Countdown to the Kingdom

What is our hope then in this hour as nuclear weapons are being armed and bombs are already falling? It’s for the nations to humble themselves and admit that after thousands of years of human civilization, we are more barbaric and godless than any generation before us. [8]“The world is thoroughly upset because it is in a worse condition than at the time of the deluge.” —Our Lady to Blessed Elena Aiello That all our so-called “progress” is empty and even destructive without its reference from and to God.[9]cf. The Progress of Man and The Progression of Totalitarianism

The most extraordinary scientific progress, the most astounding technical feats and the most amazing economic growth, unless accompanied by authentic moral and social progress, will in the long run go against man. —POPE BENEDICT XVI, Address to FAO on the 25th Anniversary of its Institution, November, 16th, 1970, n. 4

Mankind will not have peace until it turns with trust to My mercy. —Jesus to St. Faustina, Divine Mercy in My Soul, Diary, n. 300

It would seem that the only means left to shake the nations from their rebellion may very well be the so-called Warning — the last act of Divine Mercy before the onset of the Day of the Lord.[10]cf. It’s Happening; Brace for Impact; The Great Day of Light

The Collapse of America