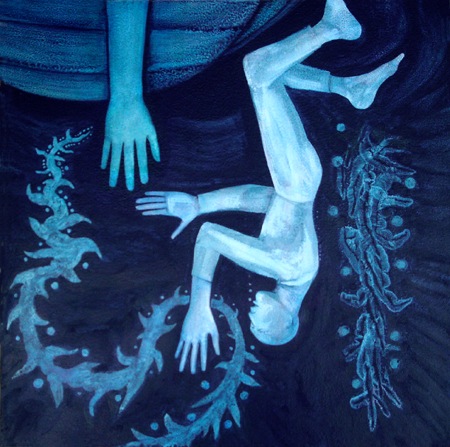 Hope of the Drowning, by Michael D. O’Brien

AFTER a talk I gave to a group of university students on what the popes have been saying about the “end times”, a young man pulled me aside with a question. “So, if we are living in the “end times,” what are we supposed to do about it?” It’s an excellent question, which I went on to answer in my next talk with them.

These webpages exist for a reason: to propel us toward God! But I know it provokes other questions: “What am I to do?” “How does this change my current situation?” “Should I be doing more to prepare?”

I’ll let Paul VI answer the question, and then expand on it:

There is a great uneasiness at this time in the world and in the Church, and that which is in question is the faith. It so happens now that I repeat to myself the obscure phrase of Jesus in the Gospel of St. Luke: ‘When the Son of Man returns, will He still find faith on the earth?’…I sometimes read the Gospel passage of the end times and I attest that, at this time, some signs of this end are emerging. Are we close to the end? This we will never know. We must always hold ourselves in readiness, but everything could last a very long time yet. —POPE PAUL VI, The Secret Paul VI, Jean Guitton, p. 152-153, Reference (7), p. ix.

PAUSE IN THE PARABLES

Throughout the Gospels, Jesus often spoke in parables when He addressed His followers. But when the Apostles asked how they would know what sign there would be of His coming, and of the end of the age (Matt 24:3), Jesus suddenly breaks away from telling parables and begins to speak very direct and very clear. It seems He wanted the Apostles to know with absolute certainty what to watch for. He goes on to give a general but detailed explanation of the signs to expect in nature (earthquakes, famines… v. 7), in the social order (the love of many will grow cold v. 12), and in the Church (there will be persecution and false prophets v. 9, 11).

Then, Jesus returns to his normal form of storytelling and gives three parables in Matthew that deal, not with the signs of the times, but with how the Apostles are to respond to what they’ve just been told. Why? Because parables allow every generation to “fit” within Christ’s symbolic words according to their era and the myriad of social, economic, and political demands. The signs, on the other hand, are an objective reality at all time, even though Christ frames them in such a way that every generation would keep watch for them.

Hence, Blessed Cardinal Newman, was compelled to say in a sermon:

I know that all times are perilous, and that in every time serious and anxious minds, alive to the honor of God and the needs of man, are apt to consider no times so perilous as their own. 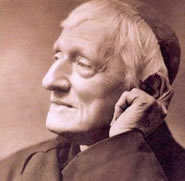 At all times the enemy of souls assaults with fury the Church which is their true Mother, and at least threatens and frightens when he fails in doing mischief. And all times have their special trials which others have not. And so far I will admit that there were certain specific dangers to Christians at certain other times, which do not exist in this time. Doubtless, but still admitting this, still I think… ours has a darkness different in kind from any that has been before it. The special peril of the time before us is the spread of that plague of infidelity, that the Apostles and our Lord Himself have predicted as the worst calamity of the last times of the Church. And at least a shadow, a typical image of the last times is coming over the world. —Blessed John Henry Cardinal Newman (1801-1890 A.D.), sermon at opening of St. Bernard’s Seminary, October 2, 1873, The Infidelity of the Future

Several popes of the next century would go on to say much the same thing, indicating indeed that the world was entering into what appeared to be the specific times, the “end times”, that Jesus spoke of (see Why Aren’t the Popes Shouting?)

And so, the three parables, and how we are to prepare…

THE DUTY OF THE MOMENT

Who, then, is the faithful and prudent servant, whom the master has put in charge of his household to distribute to them their food at the proper time? Blessed is that servant whom his master on his arrival finds doing so… (Matt 24:45-46)

Simply, blessed is the servant who is doing the duty of his station in life, symbolized by the necessary, daily routine of feeding the household. It could be a great duty—a “five-course meal”—or it could be a “snack”—a small, mundane task. In both cases, it is the will of God that is being done, and blessed is the one whom the Lord finds doing the duty of the moment when He returns.

It is said that while hoeing the garden, St. Francis was asked by his followers what he would do if he knew the Lord was going to return that hour, and he replied, “I would keep hoeing the garden.” Not because the garden needed weeding so much as because that was God’s will at that moment. Since no one knows “the day or hour” of the Lord’s return, it is necessary that we continue to build the kingdom on earth “as it is in heaven.” Continue on with your plans, your dreams, and the fulfillment of your vocation so long as they are in harmony with God’s will, for “everything could last a very long time yet” (see Trajectory.)

There is a danger that we can run about doing the duty of the moment, but fail to be rooted in Love Himself without whom we “can do nothing” (John 15:5). St. Paul warns that we can be busy moving mountains with our faith, speaking in tongues, prophesying, expounding on great mysteries, even giving up our possessions and our very body… but if it is done in a spirit of self-centeredness—”the flesh” as St. Paul says—it is “nothing”; if it is performed in a sinful manner, without, patience, kindness, gentleness, etc.—it endangers our soul and wounds the other (1 Cor 13:1-7):

Then the kingdom of heaven will be like ten virgins who took their lamps and went out to meet the bridegroom. Five of them were foolish and five were wise. The foolish ones, when taking their lamps, brought no oil with them, but the wise brought flasks of oil with their lamps. (Matt 25:1-4)

This is a parable of the spiritual side of preparation. That we are to be found in Him; that is, our lamps are to be filled with love, and the deeds which proceed from love. This flows from and finds its source in a personal relationship with God,  [1]cf. Personal Relationship with Jesus which is prayer [2]cf. On Prayer. St. John of the Cross said that, in the end, we will be judged by love. Souls who loved as Christ loved will be the ones who will go out to meet the Bridegroom… to meet Love Himself.

The “time of the talents” is the time in our lives when we are called to produce a harvest according to our vocation and God’s calling. It may be as simple as bringing one’s spouse into the kingdom through hidden suffering and sacrifices for them… or it may be preaching to tens of thousands of souls. Either way, it is all relative: we will be judged by how much we have been given, and what we’ve done with it.

This parable of the talents is a warning to those who, out of fear, adopt a “bunker-mentality”; who presume to know for certain that the coming of Jesus is just around the corner… and then hole up—spiritually or physically—and wait for His return while the world around them goes to hell in a hand-basket.

‘You wicked, lazy servant! So you knew that I harvest where I did not plant and gather where I did not scatter? Should you not then have put my money in the bank so that I could have got it back with interest on my return?…throw this useless servant into the darkness outside, where there will be wailing and grinding of teeth.’ (Matt 25:26-30)

No, we are commanded to go forth and make disciples of the nations, “in season and out.” The darker the world becomes, the brighter the faithful must and will shine. Think about this! The more astray the world goes, the more we should become shining beacons of light, visible signs of contradiction. We are entering the most glorious hour of the Church, of the Body of Christ!

Father, the hour has come. Give glory to your Son, so that your Son may glorify you… (John 17:1)

Woe to those who hide themselves beneath a bushel-basket, for now is the hour to shout the mercy of God from the rooftops! [3]cf. Living Wells

THE FACE OF LOVE

After Jesus exhorts the apostles with these three parables, calling them to perform the duty of the moment with love, and in the way in which divine providence sets forth for each of them, Jesus then points to the nature of the mission:

For I was hungry and you gave me food, I was thirsty and you gave me drink, a stranger and you welcomed me, naked and you clothed me, ill and you cared for me, in prison and you visited me…. Amen, I say to you, whatever you did for one of these least brothers of mine, you did for me.’ (Matt 25:35-40)

That is, our mission is to reach the poorest of the poor, both spiritually and physically. It is both. Without the spiritual, we become merely social workers, ignoring the transcendent and most critical part of man. Yet, without the physical, we ignore the dignity and nature of man made in God’s image, and drain the Gospel message of its credibility and power. We must be vessels of both love and truth. [4]cf. Love and Truth

My ministry’s mission is to prepare the Church for the times that are here and coming: to call us back to life in Jesus; to live the Gospel without compromise; to become like little children, docile, ready to embrace the will of God, which sometimes comes in the most distressing disguises. And to always hold ourselves in readiness to meet our Lord.

A soul who walks by such faith in action will not be shaken, for…

You have endurance and have suffered for my name, and you have not grown weary. Yet I hold this against you: you have lost the love you had at first. Realize how far you have fallen. Repent, and do the works you did at first. Otherwise, I will come to you and remove your lampstand from its place, unless you repent. (Rev 2:3-5)

Please consider tithing to our apostolate.
Thanks so much.