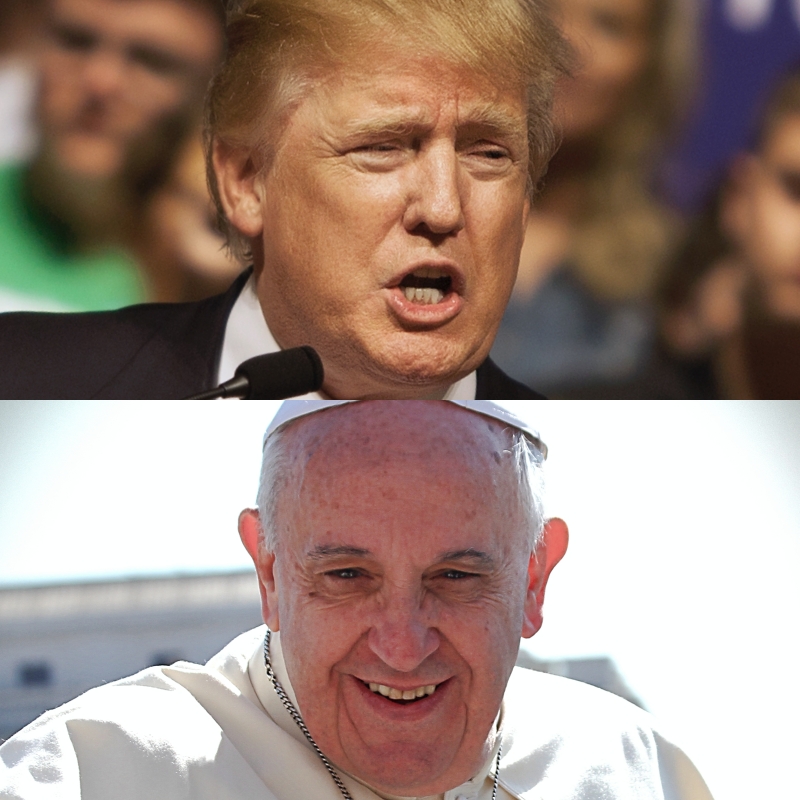 Hatred of the brethren makes room next for Antichrist;
for the devil prepares beforehand the divisions among the people,
that he who is to come may be acceptable to them.
—St. Cyril of Jerusalem, Church Doctor, (c. 315-386)
Catechetical Lectures, Lecture XV, n.9

Read Part I here: The Agitators

THE world watched it like a soap opera. Global news incessantly covered it. For months on end, the U.S. election was the preoccupation of not only Americans but billions across the world. Families argued bitterly, friendships fractured, and social media accounts erupted, whether you lived in Dublin or Vancouver, Los Angeles or London. Defend Trump and you were exiled; criticize him and you were deceived.  Somehow, the orange-haired businessman from New York managed to polarize the world like no other politician in our times. END_OF_DOCUMENT_TOKEN_TO_BE_REPLACED 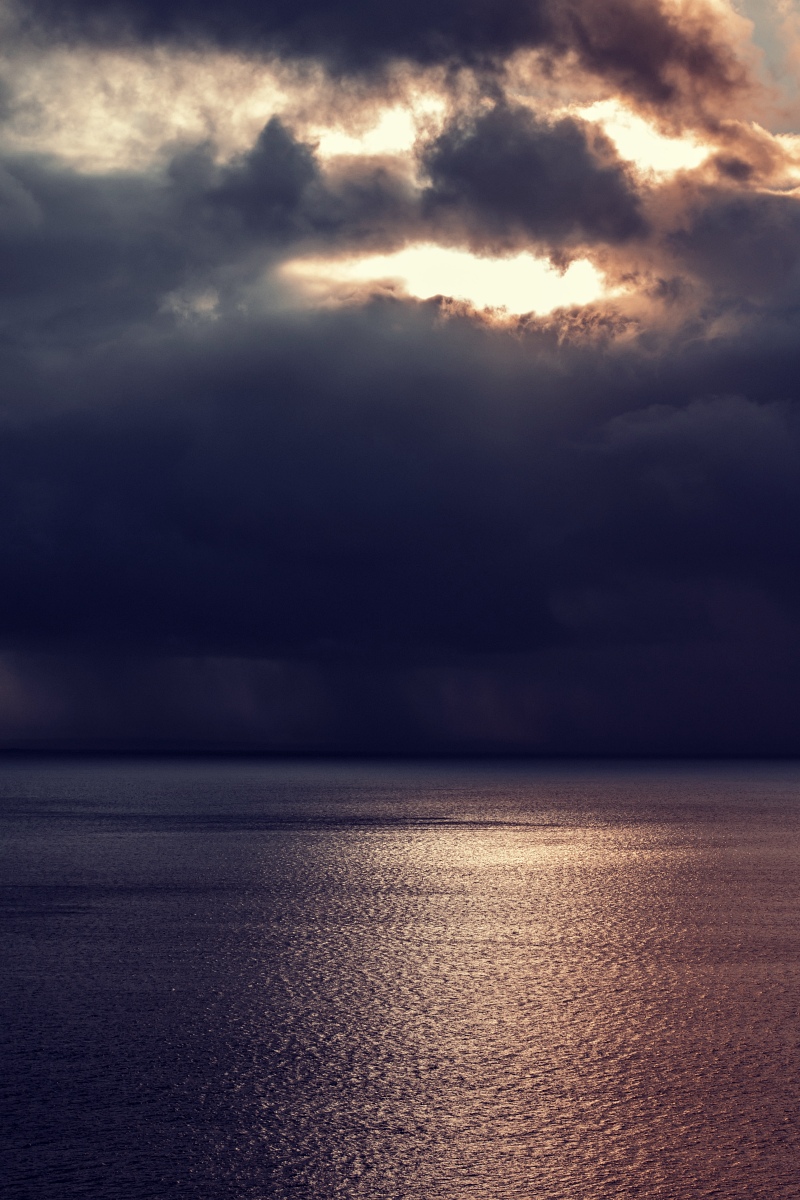 For you yourselves know very well
that the day of the Lord will come like a thief at night.
When people are saying, “Peace and security,”
then sudden disaster comes upon them,
like labor pains upon a pregnant woman,
and they will not escape.
(1 Thess 5:2-3)

JUST as the Saturday night vigil Mass heralds Sunday, what the Church calls the “day of the Lord” or “Lord’s day”[1]CCC, n. 1166, so too, the Church has entered the vigil hour of the Great Day of the Lord.[2]Meaning, we are on the eve of the Sixth Day And this Day of the Lord, taught the Early Church Fathers, is not a twenty-four hour day at the end of the world, but a triumphant period of time when the enemies of God will be vanquished, the Antichrist or “Beast” is cast into the lake of fire, and Satan chained for a “thousand years.”[3]cf. Rethinking the End Times END_OF_DOCUMENT_TOKEN_TO_BE_REPLACED 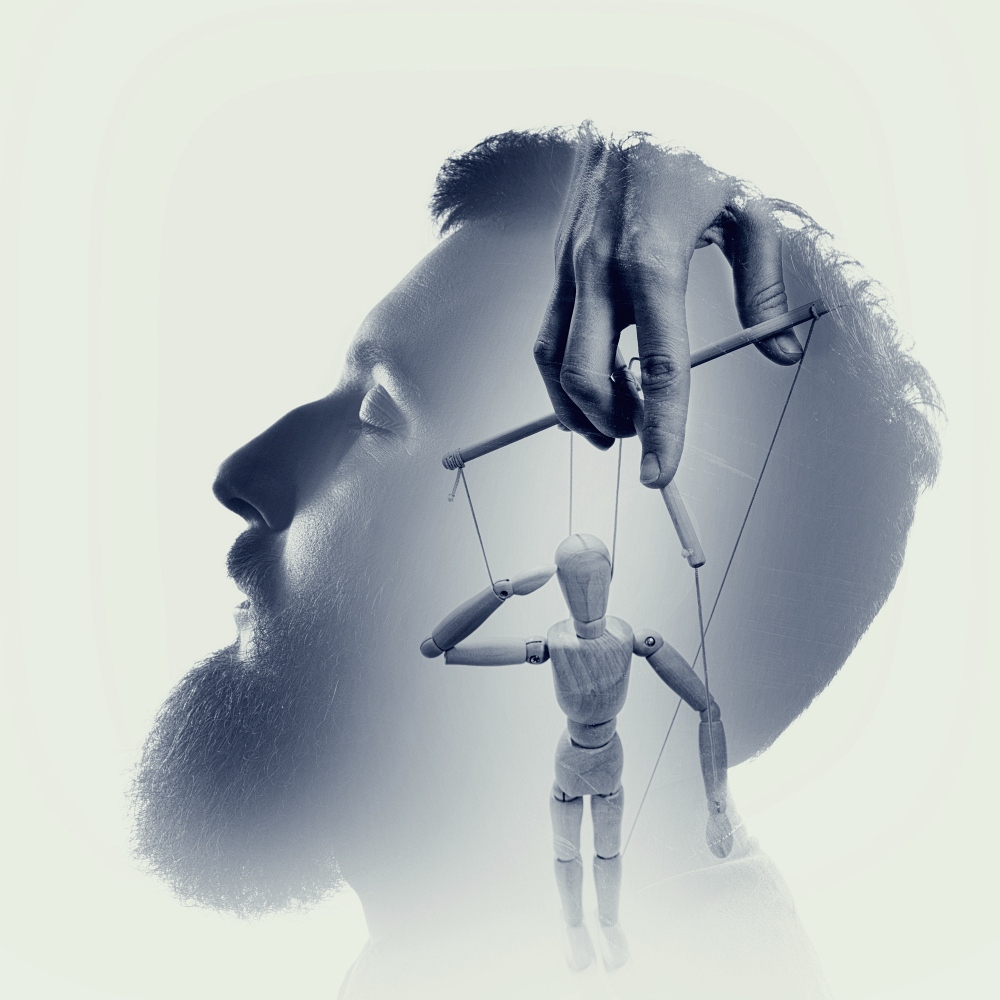 THERE are extraordinary things happening every day now, just as Our Lord said they would: the closer we get to to the Eye of the Storm, the faster the “winds of change” will be… the more rapid major events will befall a world in rebellion. Recall the words of the American seer, Jennifer, to whom Jesus said: END_OF_DOCUMENT_TOKEN_TO_BE_REPLACED 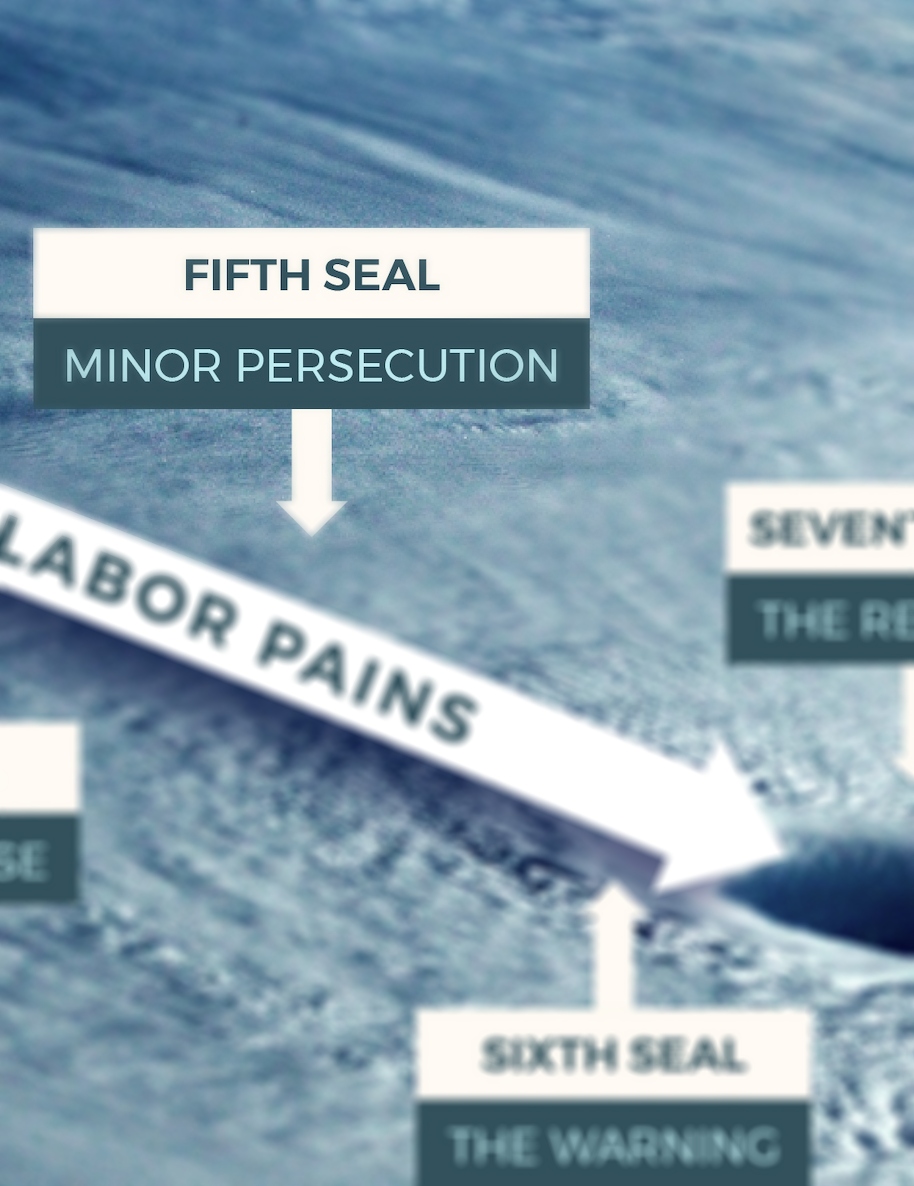 THE garments of the Bride of Christ have become filthy. The Great Storm that is here and coming will purify her through persecution—the Fifth Seal in the Book of Revelation. Join Mark Mallett and Prof. Daniel O’Connor as they continue to explain the Timeline of events that are now unfolding… END_OF_DOCUMENT_TOKEN_TO_BE_REPLACED 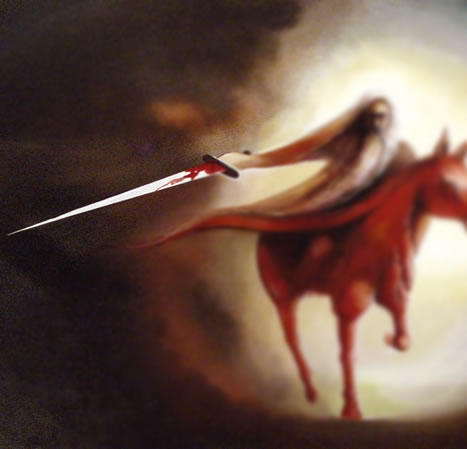 THE Great Storm I spoke of in Spiraling Toward the Eye has three essential components according to the Early Church Fathers, Scripture, and confirmed in credible prophetic revelations. The first part of the Storm is essentially man-made: humanity reaping what it has sown (cf. Seven Seals of Revolution). Then comes the Eye of the Storm followed by the last half of the Storm which will culminate in God Himself directly intervening through a Judgment of the Living.
END_OF_DOCUMENT_TOKEN_TO_BE_REPLACED 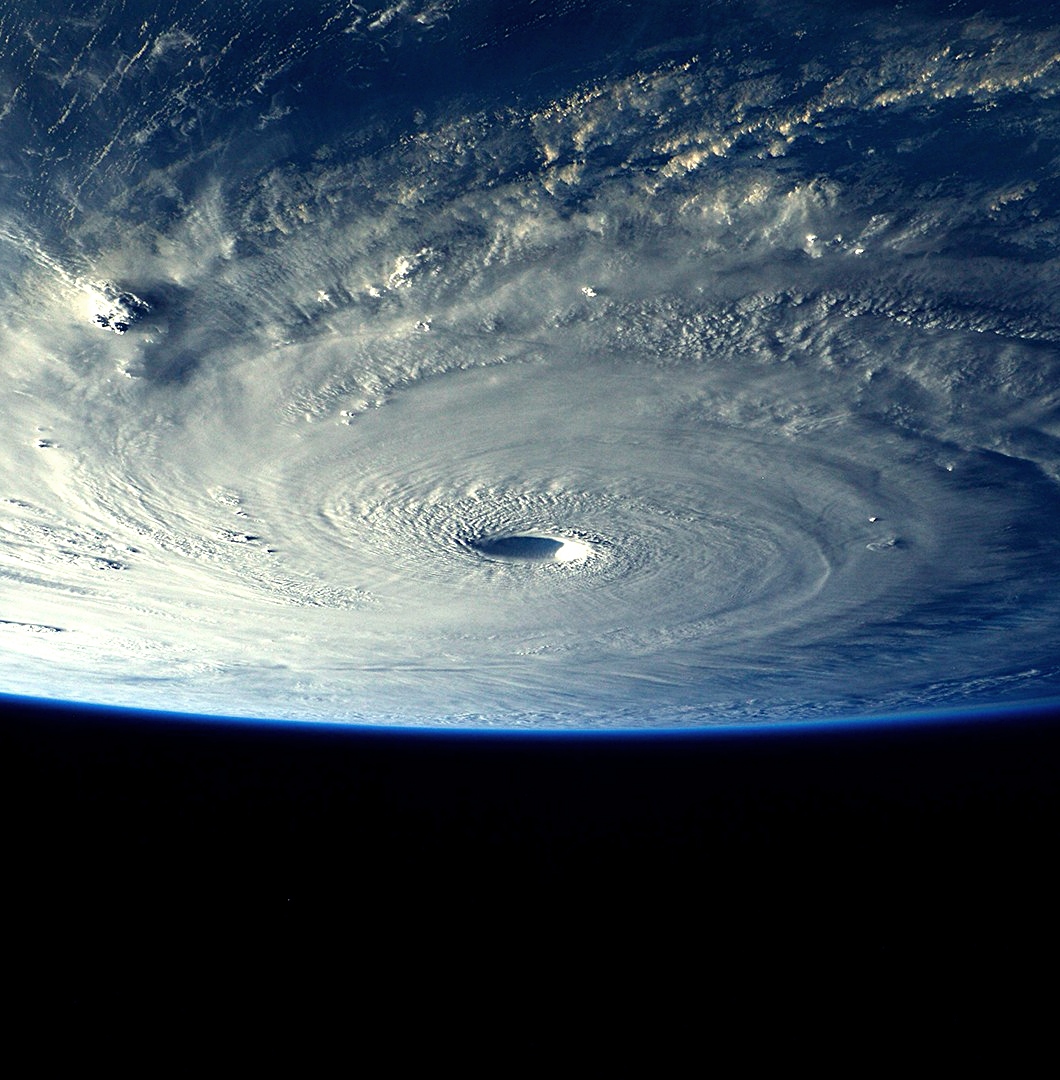 IN truth, I think most of us are very tired… tired of not only seeing the spirit of violence, impurity, and division sweeping over the world, but tired of having to hear about it—perhaps from people like me too. Yes, I know, I make some people very uncomfortable, even angry. Well, I can assure you that I have been tempted to flee to the “normal life” many times… but I realize that in the temptation to escape this strange writing apostolate is the seed of pride, a wounded pride that does not want to be “that prophet of doom and gloom.” But at the end of every day, I say “Lord, to whom shall we go? You have the words of eternal life. How can I say ‘no’ to You who did not say ‘no’ to me on the Cross?” The temptation is to simply close my eyes, fall asleep, and pretend that things are not what they really are. And then, Jesus comes with a tear in His eye and gently pokes me, saying: END_OF_DOCUMENT_TOKEN_TO_BE_REPLACED 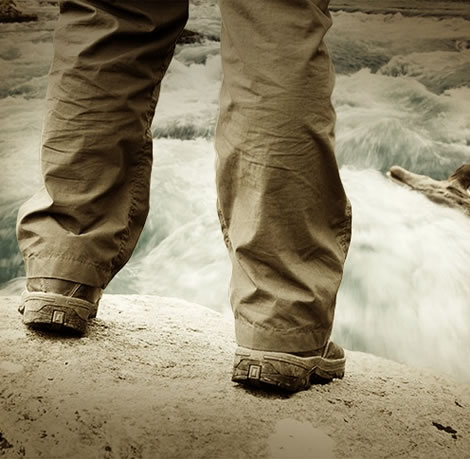 HAVE we entered into those times of lawlessness that will culminate in the “lawless one,” as St. Paul described in 2 Thessalonians 2? [1]Some Church Fathers saw the Antichrist appearing before the “era of peace” while others toward the end of the world. If one follows St. John’s vision in Revelation, the answer seems to be that they are both right. See The Last Two Eclipses It is an important question, because our Lord himself commanded us to “watch and pray.” Even Pope St. Pius X raised the possibility that, given the spread of what he called “a terrible and deep-rooted malady” that is dragging society to destruction, that is, “apostasy”…

…there may be already in the world the “Son of Perdition” of whom the Apostle speaks. —POPE ST. PIUS X, E Supremi, Encyclical On the Restoration of All Things in Christ, n. 3, 5; October 4th, 1903

END_OF_DOCUMENT_TOKEN_TO_BE_REPLACED 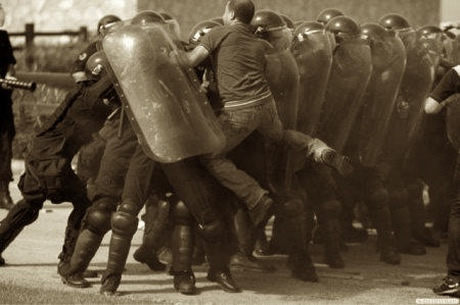 WHEN I wrote about Revolution! a few years ago, it was not a word being used much in the mainstream. But today, it is being spoken everywhere… and now, the words “global revolution” are rippling throughout the world. From the uprisings in the Middle East, to Venezuela, Ukraine, etc. to the first murmurings in the “Tea Party” revolution and “Occupy Wall Street” in the U.S., unrest is spreading like “a virus.” There is indeed a global upheaval underway.

I will rouse Egypt against Egypt: brother will war against brother, neighbour against neighbour, city against city, kingdom against kingdom. (Isaiah 19:2)

END_OF_DOCUMENT_TOKEN_TO_BE_REPLACED 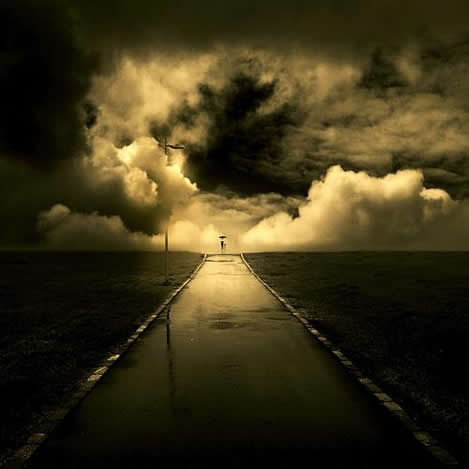 First published on April 17th, 2011, I woke up this morning sensing the Lord wanted me to republish this. The main point is at the end, and the need for wisdom. For new readers, the rest of this meditation can also serve as a wake-up call to the seriousness of our times….

SOME time ago, I listened on the radio to a news story about a serial killer somewhere on the loose in New York, and all the horrified responses. My first reaction was anger at the stupidity of this generation. Do we seriously believe that constantly glorifying psychopathic killers, mass murderers, vile rapists, and war in our “entertainment” has no effect on our emotional and spiritual well-being? A quick glance at the shelves of a movie rental store reveals a culture so dumbed down, so oblivious, so blinded to the reality of our internal sickness that we actually believe our obsession with sexual idolatry, horror, and violence is normal.

END_OF_DOCUMENT_TOKEN_TO_BE_REPLACED 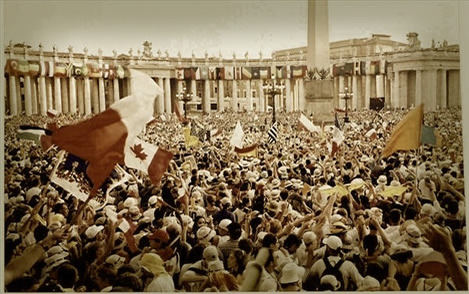