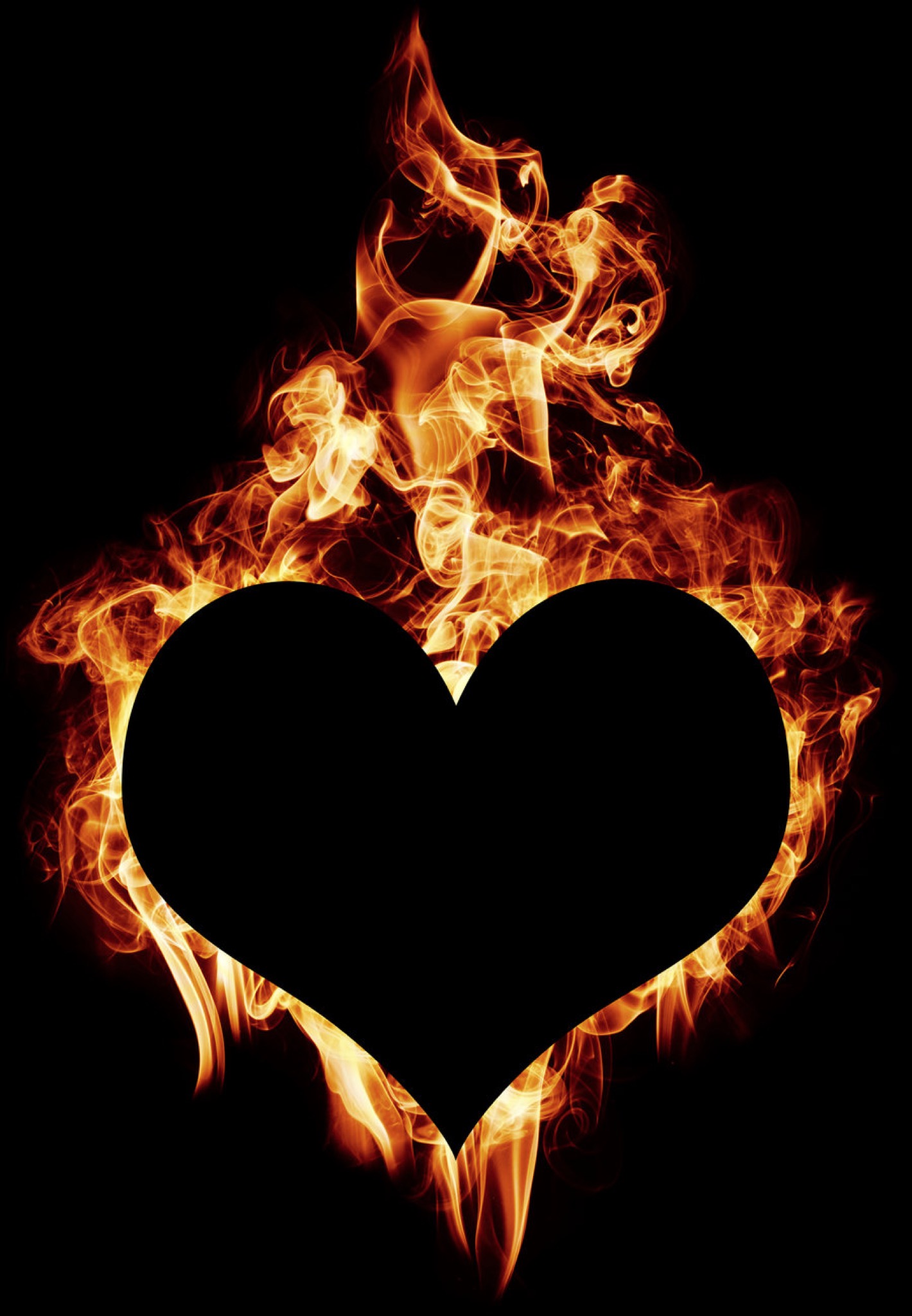 I often hear both Catholics and Protestants say that our differences really don’t matter; that we believe in Jesus Christ, and that is all that matters. Certainly, we must recognize in this statement the authentic ground of true ecumenism, [1]cf. Authentic Ecumenism which is indeed the confession and commitment to Jesus Christ as Lord. As St. John says:

Whoever acknowledges that Jesus is the Son of God, God remains in him and he in God… whoever remains in love remains in God and God in him. (First reading)

But we must also immediately ask what it means to “believe in Jesus Christ”? St. James was clear that faith in Christ without “works” was a dead faith. [2]cf. James 2:17 But then that raises another question: what “works” are of God and which aren’t? Is handing out condoms to third world countries a work of mercy? Is helping a young teenage girl to procure an abortion a work of God? Is marrying two men who are attracted to each other a work of love?

The fact is, there are more and more “Christians” in our day who would answer “yes” to the above. And yet, according to the moral teaching of the Catholic Church, these acts would be considered grave sins. Moreover, in those acts which constitute “mortal sin”, the Scriptures are clear that “those who do such things will not inherit the kingdom of God.” [3]cf. Gal 5:21 Indeed, Jesus warns:

Not everyone who says to me, ‘Lord, Lord,’ will enter the kingdom of heaven, but only the one who does the will of my Father in heaven. (Matt 7:21)

It would seem then that truth—what is God’s will and what isn’t—is at the very core of Christian salvation, closely connected to “faith in Christ”. Indeed,

Thus, we have arrived at the hour where, as John Paul II repeated, the greatest sin in the world today is the loss of the sense of sin. Again, the most deceptive and insidious form of lawlessness is not gangs roving the streets, but judges who overturn the natural law, clergy who avoid moral issues on the pulpit, and Christians who turn a blind eye to immorality so as to “keep the peace” and be “tolerant.” Thus, whether through judicial activism or through silence, lawlessness spreads across the earth like a thick, dark vapor. All of this is possible if mankind, and even the elect, can be persuaded that there is really no such thing as moral absolutes—that which is, in fact, the very bedrock of Christianity.

Indeed, the Great Deception in our time is not to do away with goodness, but to redefine it so that which is evil is considered a genuine good. Call abortion a “right”; same sex-marriage “just”; euthanasia “mercy”; suicide “courageous”; pornography “art”; and fornication “love.” In this way, the moral order is not abolished, but simply turned upside down. In fact, what is happening physically right now upon the earth—the reversal of the poles such that geometric north is becoming south, and vice versa—is happening spiritually.

Vast sectors of society are confused about what is right and what is wrong, and are at the mercy of those with the power to “create” opinion and impose it on others. —POPE JOHN PAUL II, Cherry Creek State Park Homily, Denver, Colorado, 1993

If the Catechism teaches that “the Church must pass through a final trial that will shake the faith of many believers”, [4]cf. CCC, n. 675 and that she must “follow her Lord in his death and Resurrection” [5]cf. CCC, n. 677 then the trial, which has already begun, is to bring about what Sr. Lucia of Fatima warned was a coming “diabolical disorientation”—a fog of confusion, uncertainty, and ambiguity over the faith. And so it was before the Passion of Jesus. “What is truth?” Pilate asked? [6]cf. John 18:38 Likewise today, our world carelessly tosses about truth as though it were ours to define, mould, and reshape. “What is truth?” our Supreme Court judges say, as they fulfill the words of Pope Benedict who warned of a growing…

When I wrote Mere Men, there was a spirit of boldness that came over me. In no way do I intend to be “triumphalistic” in asserting the fact that the Catholic Church alone contains the “fullness of truth” by virtue of Christ’s will and the Holy Spirit’s power. Rather, it is a warning—an urgent warning to both Catholics and non-Catholics alike, that the Great Deception in our times is about to take a rapid and exponential turn into darkness that will sweep multitudes away. That is, multitudes who…

…have not accepted the love of truth so that they may be saved. Therefore, God is sending them a deceiving power so that they may believe the lie, that all who have not believed the truth but have approved wrongdoing may be condemned. (2 Thess 2:9-12)

And therefore, let me repeat again what St. Paul states two sentences later as the antidote to the Antichrist:

The answer, again, is the Catholic Church. Ah! But here is part of the trial that will shake the faith of believers as much as Christ’s Passion shook the faith of His followers. The Church, too, will appear to be a scandal, [7]cf. The Scandal a sign of contradiction because of the bleeding wounds of her sins, just as Christ’s bruised and bloodied body, pierced for our sins, was a scandal to His followers. The question is whether we will run from the Cross, or stand beneath it? Will we jump ship onto the raft of individualism, or sail through the Storm upon the battered Barque of Peter, which Christ Himself launched through the Great Commission? [8]cf. Matt 28:18-20

Now is the hour of the Church’s trial, the testing and sifting of the weeds from the wheat, the sheep from the goats.

RETURNING TO THE CENTER

If Jesus compared listening to His words and acting upon them as one who builds his house on rock, then dear brother and sister, do everything you can to be faithful to every word of Christ. Return to the center of truth. Return to everything that Jesus has bequeathed to the Church, to “every spiritual blessing in the heavens” [9]cf. Eph 1:3 intended for our edification, encouragement and strength. That is, the sure apostolic teachings of the Faith, as outlined in the Catechism; the charisms of the Holy Spirit, including tongues, healing, and prophecy; the Sacraments, especially Confession and the Eucharist; proper respect and expression of the Church’s universal prayer, the Liturgy; and the Great Commandment to love God and one’s neighbour.

The Church, in many quarters, has drifted from its center, and the fruit of this is division. And what a divided mess is it! There are those Catholics who serve the poor, but neglect to feed the spiritual food of the Faith. There are Catholics who hold fast to the ancient forms of Liturgy, while rejecting the charisms of the Holy Spirit. [10]cf. Charismatic? Part IV There are “charismatic” Christians who reject the rich heritage of our liturgical and private devotions. There are theologians who teach the Word of God but reject the Mother who carried Him; apologists who defend the Word but despise the words of prophecy and so-called “private revelation.” There are those who come to Mass every Sunday, but pick and choose the moral teachings they’ll live between Monday and Saturday.

This will no longer be in the era to come! That which is built on sand—on subjective sands—will come crashing down in this coming trial, and a purified Bride will emerge “of the same mind, with the same love, united in heart, thinking one thing.” [11]cf. Phil 2:2 There will be, “one Lord, one faith, one baptism; one God and Father of all.” [12]cf. Eph 4:5 The Church shattered, bruised, divided and splintered will once again become evangelical: she will witness to all the nations; she will be pentecostal: living as in a “new Pentecost”; she will be catholic: truly universal; she will be sacramental: living from the Eucharist; she will be apostolic: faithful to the teachings of Sacred Tradition; and she will be holy: living in the Divine Will, which will “be done on earth as it is in heaven.”

If Jesus said “they shall know you are my disciples by your love for one another,” then the Good Shepherd will lead us to the center of truth, which is the center of unity, and the well-spring of authentic love. But first, He will lead us through the Valley of the Shadow of Death in order to purify His Church of this diabolical division.

Satan may adopt the more alarming weapons of deceit—he may hide himself—he may attempt to seduce us in little things, and so to move the Church, not all at once, but by little and little from her true position. I do believe he has done much in this way in the course of the last few centuries… It is his policy to split us up and divide us, to dislodge us gradually from our rock of strength. And if there is to be a persecution, perhaps it will be then; then, perhaps, when we are all of us in all parts of Christendom so divided, and so reduced, so full of schism, so close upon heresy. When we have cast ourselves upon the world and depend for protection upon it, and have given up our independence and our strength, then [Antichrist] will burst upon us in fury as far as God allows him. —Blessed John Henry Newman, Sermon IV: The Persecution of Antichrist

Returning to Our Center

The Coming Wave of Unity

Your support makes these writings possible.
Thanks so much for your generosity and prayers!