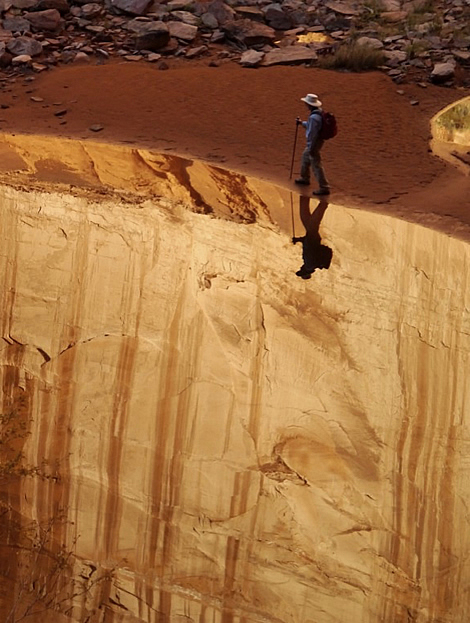 IN all the controversies that unfolded in the wake of the recent Synod in Rome, the reason for the gathering seemed to have been lost altogether. It was convened under the theme: “Pastoral Challenges to the Family in the Context of Evangelization.” How do we evangelize families given the pastoral challenges we face due to high divorce rates, single mothers, secularization, and so forth?

What we learned very quickly (as proposals of some Cardinals were made known to the public) is that there is a a thin line between mercy and heresy.

The following three part series is intended to not only get back to the heart of the matter—evangelizing families in our times—but to do so by bringing to the forefront the man who is really at the center of the controversies: Jesus Christ. Because no one walked that thin line more than Him—and Pope Francis seems to be pointing that path to us once again.

We need to blow away the “smoke of satan” so we can clearly identify this narrow red line, drawn in Christ’s blood… because we are called to walk it ourselves.

As Lord, Jesus was the law himself, having established it both in the natural law and the moral law of the Old and New covenants. He was the “Word made flesh,” and so wherever He walked defined the path that we are also to take—every step, every word, every action, laid like paving stones.

Of course, He did not contradict himself, blazing a false path contrary to His word. 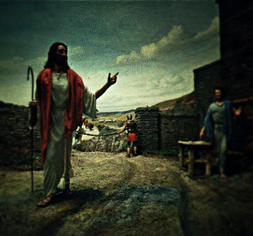 But where He went was scandalous to many, as they did not understand that the whole purpose of the law was fulfilled in love. It’s worth repeating again:

Love does no evil to the neighbor; hence, love is the fulfillment of the law. (Rom 13:19)

What Jesus taught us is that His love is infinite, that nothing, absolutely nothing, not even death—essentially what mortal sin is—could separate us from His love. [1]cf. Rom 3:38-39 However, sin can and does separate us from His grace. For even though “God so loved the world,” it is “by grace you have been saved through faith.” [2]cf. Eph 2:8 And what we have been saved from is sin. [3]cf. Matt 1:21

The bridge between His love and grace is mercy.

It was then, through His life, actions, and words that Jesus began to bewilder His followers by revealing the extent of His mercy… the extent to which grace would be given so as to retrieve the fallen and lost. 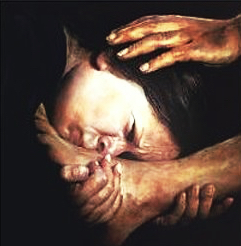 demanded that the Sabbath be a day of rest, was the same God who tirelessly healed the sick on that day. And He declared:

The fulfillment of the law is love. Thus, Jesus was precisely what Simeon the prophet said He would be: a sign of contradiction—most especially to those who believed man was made to serve the law.

They did not understand that God is the God of surprises, that God is always new; He never denies himself, never says that what He said was wrong, never, but He always surprises us… —POPE FRANCIS, Homily, October 13th, 2014, Vatican Radio

…surprises us by His mercy. Since the very beginning of his pontificate, Pope Francis also sees some in the Church in our times as “locked in the law”, so to speak. And so he asks the question:

Am I able to understand the signs of the times and be faithful to the voice of the Lord that is manifested in them? We should ask ourselves these questions today and ask the Lord for a heart that loves the law— because the law belongs to God— but which also loves God’s surprises and the ability to understand that this holy law is not an end in itself. —Homily, October 13th, 2014, Vatican Radio

The reaction of many today is precisely what it was in Christ’s time: “What? In a time of such lawlessness you are not stressing the law? When the people are in such darkness, you are not focused upon their sin?” It would seem to the Pharisees, who were “obsessed” with the law, that Jesus was in fact a heretic. And so, they tried to prove it.

What Jesus was revealing to the religious teachers is that the law without love (truth without charity), could in itself become a stumbling block, most especially to sinners…

TRUTH AT THE SERVICE OF LOVE

And so, Jesus proceeds, time and again, to reach out to sinners in the most unexpected way: without condemnation.

For God did not send his Son into the world to condemn the world, but that the world might be saved through him. (John 3:17) 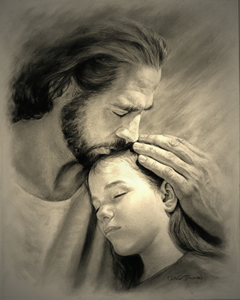 If the goal of the law is love, then Jesus wanted to reveal Himself as that goal incarnate. He came to them as the face of love so as to attract them to the Gospel… so as to compel them toward an inward desire and response of free will to love Him in return. And the word for that response is repentance. To love the Lord your God and your neighbour as yourself is to choose only those things that are in fact loving. That is the service of truth: to teach us how to love. But Jesus knew that, first of all, before anything else, we need to know that we are loved.

It is this “first truth”, then, that has guided the blueprint for Pope Francis’ vision for evangelization in the 21st century, elaborated in his Apostolic Exhortation, Evangelii Gaudium.

Pastoral ministry in a missionary style is not obsessed with the disjointed transmission of a multitude of doctrines to be insistently imposed. When we adopt a pastoral goal and a missionary style which would actually reach everyone without exception or exclusion, the message has to concentrate on the essentials, on what is most beautiful, most grand, most appealing and at the same time most necessary. The message is simplified, while losing none of its depth and truth, and thus becomes all the more forceful and convincing. —POPE FRANCIS, Evangelii Gaudium, n. 35

Those who did not bother to discover the context of Francis’ words (those who, perhaps, opted for the headlines rather than his homilies) would have missed the thin line between heresy and mercy that is being traced out once again. And what is that? That truth is at the service of love. But love must first stave the bleeding before it can begin to heal the cause of the wound with the balm of truth.

And that means touching the wounds of another…

*artwork of Jesus and child by David Bowman.