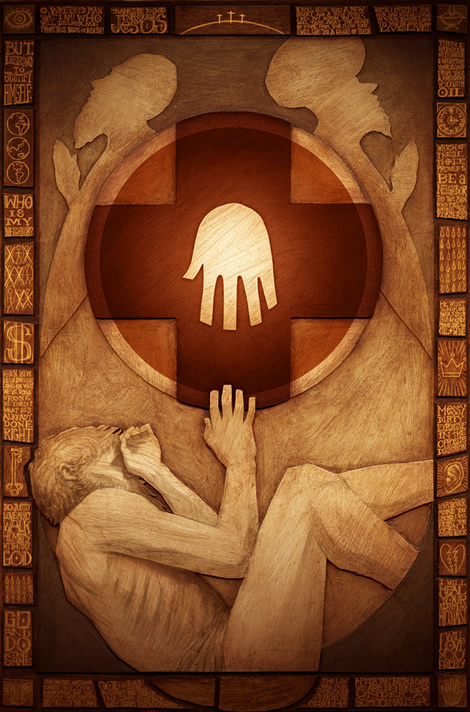 WE have watched a rapid cultural and sexual revolution that in five short decades has decimated the family as divorce, abortion, redefinition of marriage, euthanasia, pornography, adultery, and many other ills have become not only acceptable, but deemed a social “good” or “right.” However, an epidemic of sexually transmitted diseases, drug use, alcohol abuse, suicide, and ever multiplying psychoses tell a different story: we are a generation that is bleeding profusely from the effects of sin.

That is the present day context into which Pope Francis was elected. Standing on the balcony of St. Peter’s that day, he did not see a 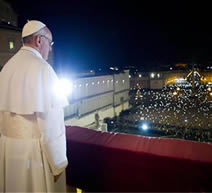 pasture before him, but a battlefield.

I see clearly that the thing the Church needs most today is the ability to heal wounds and to warm the hearts of the faithful; it needs nearness, proximity. I see the Church as a field hospital after battle. It is useless to ask a seriously injured person if he has high cholesterol and about the level of his blood sugars! You have to heal his wounds. Then we can talk about everything else. Heal the wounds, heal the wounds…. And you have to start from the ground up. —POPE FRANCIS, interview with AmericaMagazine.com, September 30th, 2013

NEEDS OF THE WHOLE PERSON

This is often how Jesus approached His earthly ministry: administering to the immediate wounds and needs of the people, which in turn, prepared the soil for the Gospel:

Whatever villages or towns or countryside he entered, they laid the sick in the marketplaces and begged him that they might touch only the tassel on his cloak; and as many as touched it were healed… (Mark 6:56)

Jesus also made it clear to His disciples that He was not a mere miracle worker—a divine social worker. His mission had a deeper more existential aim: the healing of the soul.

I must proclaim the good news of the kingdom of God, because for this purpose I have been sent. (Luke 4:43)

That is, the message is essential. Doctrine is important. But in the context of love.

Deeds without knowledge are blind, and knowledge without love is sterile. —POPE BENEDICT XVI, Caritas in Veritate, n. 30

Pope Francis has never said or even implied that doctrine is unimportant as some think. He echoed Paul VI saying that the Church exists in order to evangelize. [1]cf. POPE PAUL VI, Evangelii Nuntiandi, n. 24

…the transmission of the Christian faith is the purpose of the new evangelization and of the entire evangelizing mission of the Church which exists for this very reason. —POPE FRANCIS, Address to the 13th Ordinary Council of the General Secretary of the Synod of Bishops, June 13th, 2013; vatican.va (my emphasis) 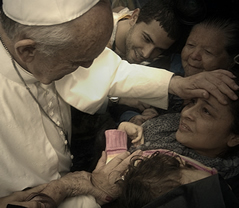 However, Pope Francis has been making a subtle but critical point in both his actions and his off the cuff remarks: in evangelization, there is a hierarchy of truths. The essential truth is what is called the kerygma, which is the “first announcement” [2]Evangelii Gaudium, n. 164 of the “good news”:

…the first proclamation must ring out over and over: “Jesus Christ loves you; he gave his life to save you; and now he is living at your side every day to enlighten, strengthen and free you.” —POPE FRANCIS, Evangelii Gaudium, n. 164

Through the simplicity of our message, actions, and witness, our willingness to listen, be present and journey with others (as opposed to “drive-by evangelization”), we make the love of Christ present and tangible, as though living streams were flowing from within us from which parched souls can drink. [3]cf. John 7:38; see Living Wells This kind of authenticity is what in fact creates a thirst for truth.

Charity is not an added extra, like an appendix… it engages them in dialogue from the very beginning. —POPE BENEDICT XVI, Caritas in Veritate, n. 30

It is precisely this vision for evangelization that was prophetically called forth by a certain Cardinal, shortly before he was elected the 266th Pope.

To evangelize implies a desire in the Church to come out of herself. The Church is called to come out of herself and to go to the peripheries… those of the mystery of sin, of pain, of injustice, of ignorance, of doing without religion, of thought and of all misery. When the Church does not come out of herself to evangelize, she becomes self-referent and then she gets sick… The self-referent Church keeps Jesus Christ within herself and does not let him come out… Thinking of the next Pope, he must be a man that from the contemplation and adoration of Jesus Christ, helps the Church to come out to the existential peripheries, that helps her to be the fruitful mother who lives from the sweet and comforting joy of evangelizing. —Cardinal Jorge Bergolio (POPE FRANCIS), Salt and Light Magazine, p. 8, Issue 4, Special Edition, 2013

THE SMELL OF THE SHEEP

There was a big kerfluffle raised when Pope Francis said we must not try to “proselytize” others. [4]In our present culture, the word “proselytize” connotes an aggressive attempt to convince and convert others to their position. However, he was only quoting his predecessor:

This is precisely the imitation of the Lord that Pope Francis has been challenging us to today: a new focus on the kerygma followed by the moral foundations of the faith as a general approach to evangelization.

What the Popes are warning against is a kind of Christian fundamentalism that smells more like the Pharisees than Christ; an approach that damns others for their sin, for not being Catholic, for not being like “us”… as opposed to revealing the joy that comes through embracing and living the fullness of the Catholic Faith—a joy that attracts.

A stark modern day parable of this is Mother Teresa picking the body of a Hindu out of the gutter. She did not stand above him and say, “Become a Christian, or you will go to hell.” Rather, she loved him first, and through this unconditional love, the Hindu and Mother found themselves gazing at each other with the eyes of Christ. [5]cf. Matt 25:40

An evangelizing community gets involved by word and deed in people’s daily lives; it bridges distances, it is willing to abase itself if necessary, and it embraces human life, touching the suffering flesh of Christ in others. Evangelizers thus take on the “smell of the sheep” and the sheep are willing to hear their voice.—POPE FRANCIS, Evangelii Gaudium, n. 24

“People listen more willingly to witnesses than to teachers,” said Pope Paul VI, “and when people do listen to teachers, it is because they are witnesses.” [6]cf. POPE PAUL VI, Evangelization in the Modern World, n. 41

THE PERIPHERIES OF THE THIN RED LINE

And so, doctrine is important, but in its proper order. Jesus did not fly at the sinner with wrath and a stick, but with a rod and a staff… He came as a Shepherd not to condemn the lost, but find them. He revealed the “art of listening” another’s soul into the light. He was able to pierce through the warped veneer of sin and see the image of Himself, that is, the hope that lies dormant like a seed in every single human heart.

Even if the life of a person has been a disaster, even if it is destroyed by vices, drugs or anything else—God is in this person’s life. You can, you must try to seek God in every human life. Although the life of a person is a land full of thorns and weeds, there is always a space in which the good seed can grow. You have to trust God. —POPE FRANCIS, America, September, 2013

Hence, out of the hundreds and thousands that followed Him, Jesus went to the boundaries, to the peripheries, and there He found Zacchaeus; there He found Matthew and Magadalene, centurions and thieves. And Jesus was hated for that. He was despised by the Pharisees who preferred the fragrance of their comfort zone to the “smell of the sheep” that wafted from Him.

Someone wrote me recently saying how terrible it is that people like Elton John are calling Pope Francis their “hero”.

“Why does your teacher eat with tax collectors and sinners?” Jesus heard this and said, “Those who are well do not need a physician, but the sick do. Go and learn the meaning of the words, ‘I desire mercy, not sacrifice.'” (Matt 9:11-13)

When Jesus leaned over that adulteress caught in sin and pronounced the words, “Neither do I condemn you,” it was enough for the Pharisees to want to crucify Him. After all, it was the law that she should die! 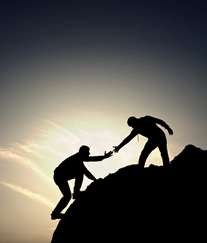 So too, Pope Francis has been heavily criticized for his now, somewhat infamous phrase, “Who am I to judge?” [7]cf. Who am I to Judge?

During the return flight from Rio de Janeiro I said that if a homosexual person is of good will and is in search of God, I am no one to judge. By saying this, I said what the Catechism says…. We must always consider the person. Here we enter into the mystery of the human being. In life, God accompanies persons, and we must accompany them, starting from their situation. It is necessary to accompany them with mercy. —American Magazine, Sept. 30th, 2013, AmericaMagazine.org

And here is where we begin to walk along that thin red line between heresy and mercy—as if traversing the very edge of a cliff. It is implied in the Pope’s words (especially since he is using the Catechism [8]cf. CCC, n. 2359 as his reference) that a person of good will is someone repentant of mortal sin. We are called to accompany that one, even if they still struggle with inordinate tendencies, to live a life in accordance with the Gospel. It is reaching out as far as possible to the sinner, yet, without falling into the canyon of compromise oneself. This is radical love. It is the domain of the courageous, those willing to take on the “smell of the sheep” by letting their own hearts become a field hospital in which the sinner, even the greatest sinner, can find refuge. It is what Christ did, and commanded us to do.

This kind of love, which is Christ’s love, can only be authentic if it is what Pope Benedict XVI referred to as “charity in truth”…