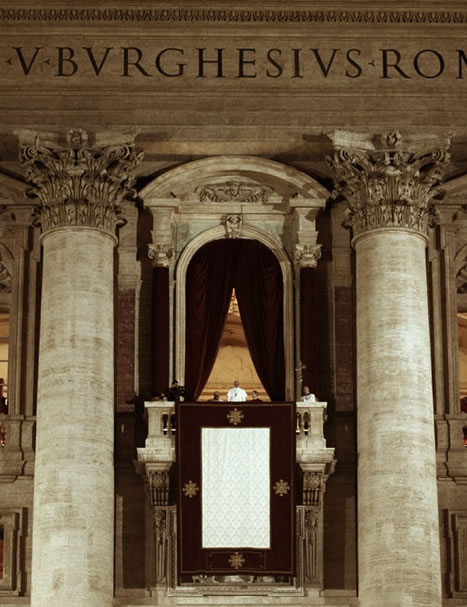 I say to you, you are Peter, and
upon
this
rock
I will build my church, and the gates of the netherworld
shall not prevail against it.
(Matt 16:18)

WE were driving over the frozen ice road on Lake Winnipeg yesterday when I glanced at my cellphone. The last message I received before our signal faded was “Habemus Papam!”

This morning, I have been able to find a local here on this remote Indian reserve who has a satellite connection—and with that, our first images of The New Helmsman. A faithful, humble, solid Argentinian.

A few days ago, I was inspired to reflect on the dream of St. John Bosco in Living the Dream? sensing the anticipation that Heaven would grant the Church a helmsman who would continue to steer the Barque of Peter between the Two Pillars of Bosco’s dream.

The new Pope, putting the enemy to rout and overcoming every obstacle, guides the ship right up to the two columns and comes to rest between them; he makes it fast with a light chain that hangs from the bow to an anchor of the column on which stands the Host; and with another light chain which hangs from the stern, he fastens it at the opposite end to another anchor hanging from the column on which stands the Immaculate Virgin.—https://www.markmallett.com/blog/2009/01/pope-benedict-and-the-two-columns/

Indeed, Pope Francis is a man, like his predecessors, wholly dedicated to the Holy Eucharist and Mary. During the Synod of Bishops in 2005, he gave a reflection on the Blessed Sacrament and the Blessed Virgin Mary. In fact, he even quotes from the documents mentioned in Living the Dream? that John Paul II used to rudder the Church toward the Two Pillars. 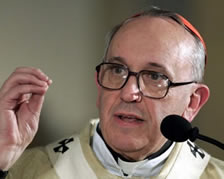 We follow here that rule of tradition by which, with different nuances, “what is said of Mary is said of the soul of every Christian and of the whole Church.” (Ecclesia de Eucharistia, 57). Our faithful people have the true “Eucharistic attitude” of giving thanks and of praise.

Remembering Mary, they are grateful for being remembered by her, and this memorial of love is truly Eucharistic. In this respect I repeat what John Paul II affirmed in Ecclesia de Eucharistia number 58: “The Eucharist has been given to us so that our life, like that of Mary, can become completely a Magnificat.” —Cardinal Jorge Mario Bergoglio (POPE FRANCIS), www.catholiculture.org

THE NEW FACE OF CATHOLICISM

Furthermore, I read that our new pontiff is not just a Helmsman, but by his life, a true beacon and lighthouse in our materialist culture. His life of simplicity and poverty is a “sign of contradiction” piercing the fog of apostasy that threatens the very existence of the world. [1]cf. On the Eve

This century thirsts for authenticity… The world expects from us simplicity of life, the spirit of prayer, obedience, humility, detachment and self-sacrifice… People listen more willingly to witnesses than to teachers, and when people do listen to teachers, it is because they are witnesses.—POPE PAUL VI, Evangelization in the Modern World,  22, 76, 41

Indeed, this is not only a sign of contradiction for the present, but for the future, as we call to mind the prescient words of Benedict XVI quoted here almost a year ago: [2]cf. The False Unity

The Church will become small and will have to start afresh more or less from the beginning. She will no longer be able to inhabit many of the edifices she built in prosperity. As the number of her adherents diminishes… She will lose many of her social privileges… As a small society, [the Church] will make much bigger demands on the initiative of her individual members.

It will be hard-going for the Church, for the process of crystallization and clarification will cost her much valuable energy. It will make her poor and cause her to become the Church of the meek… The process will be long and wearisome as was the road 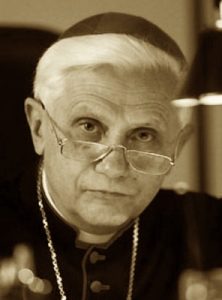 from the false progressivism on the eve of the French Revolution — when a bishop might be thought smart if he made fun of dogmas and even insinuated that the existence of God was by no means certain… But when the trial of this sifting is past, a great power will flow from a more spiritualized and simplified Church. Men in a totally planned world will find themselves unspeakably lonely. If they have completely lost sight of God, they will feel the whole horror of their poverty. Then they will discover the little flock of believers as something wholly new. They will discover it as a hope that is meant for them, an answer for which they have always been searching in secret.

Last night, we were able to learn, at the very least, that the new pope was an Argentinian. After my mission here to the natives, I went into the small side chapel and knelt in prayer and thanksgiving before the Blessed Sacrament. Sitting in the kneeler in front of me was a copy of Fr. Stefano Gobbi’s book The Marian Movement of Priests. I picked it up and prayed, “Well, dear Mother, do you have anything to say about this new pope?” 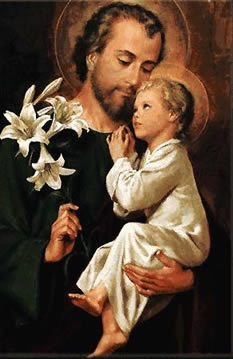 Church in the tribulations and Storm that are here and coming.

With that, I sat back in my chair and marveled at the communion of saints, the Latin American Pope, the universality of the Church, the omnipotence of God, and the promise of Jesus: “I will build My Church.” Yes, it is Christ Himself who has hand-picked the 266th stone to be laid upon the foundation He himself has built. “Peter you are rock.”

May the harmful speculations and errant prophesies [3]cf. Possible… or Not? that have caused so much division among some of the faithful at last be set aside, and faith placed firmly again in Jesus and His Word—Christ, the wise builder, who never builds on sand. [4]cf. Matt 7:24

In a letter to his Carmelite Nuns regarding the attack on marriage in Argentina, Pope Francis’ words are a clear battle-cry and beacon in our times. God has given us a true shepherd, brothers and sisters… Be not afraid!

A clear rejection of the law of God, engraved in our hearts, is in jeopardy… Here, the envy of the Devil, through which sin entered the world, is also present, and deceitfully intends to destroy the image of God: man and woman, who receive the mandate to grow, multiply, and conquer the earth. Let us not be naive: it is not a simple political struggle; it is an intention [which is] destructive of the plan of God. It is not a mere legislative project (this is a mere instrument), but rather a “move” of the father of lies who wishes 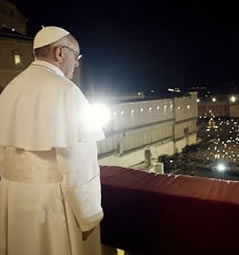 to confuse and deceive the children of God.

Jesus tells us that, in order to defend us from this lying accuser, he will send us the Spirit of Truth… the Holy Ghost that may place the light of Truth amid the shadows of error; [we need] this Advocate who may defend us from the enchantment of so many sophisms… which confuse and deceive even people of good will.

That is why I turn to you and ask from you prayer and sacrifice, the two invincible weapons which Saint Thérèse confessed to have. Cry out to the Lord that he may send his Spirit to the Senators who are to place their votes. That they may not do it moved by error or by circumstantial matters, but rather according to what the natural law and the law of God tell them. Pray for them, for their families; that the Lord may visit, strengthen, and console them. Pray that they may do great good…

…Let us look towards Saint Joseph, to Mary, the Child, and let us ask with fervor that they will defend [us]. Let us recall what God himself told his people in a time of great anguish: “this war is not yours, but God’s”… May Jesus bless you, and may the Blessed Virgin protect you. —Cardinal Jorge Mario Bergoglio, (POPE FRANCIS), June 22, 2010

Thanks for your financial support of
this full time apostolate. Please pray for my missions.
Thanks so much.