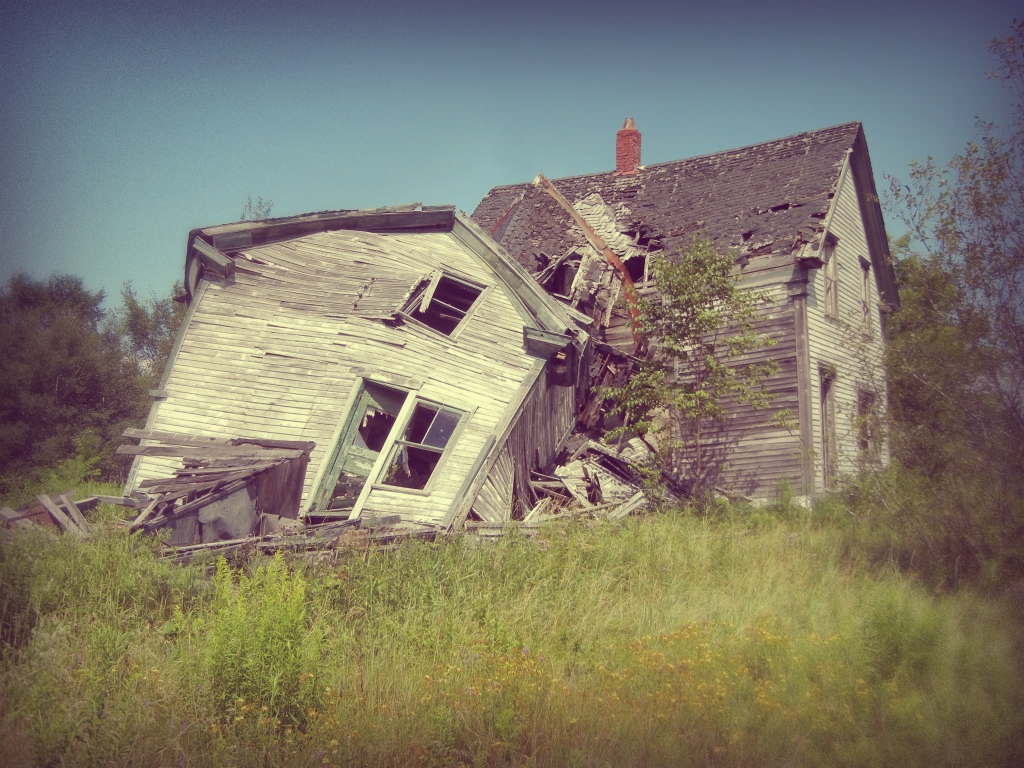 I received a number of letters and comments over the weekend from my American friends, nearly all of them cordial and hopeful. I get the sense that some feel I am a bit of a “wet rag” in suggesting that the revolutionary spirit afoot in our world today has not nearly run its course, and that America is still facing a great upheaval, as is every nation in the world. This, at least, is the “prophetic consensus” spanning centuries, and frankly, a simple viewing of the “signs of the times”, if not the headlines. But I will also say that, beyond the hard labor pains, a new era of true justice and peace awaits us. There is always hope… but God help me should I offer you a false hope.

And so, Scripture has a bit of wisdom regarding the future of America and the world:

Unless the Lord build the house, they labor in vain who build. (Psalm 127:1)

Everyone who listens to these words of mine but does not act on them will be like a fool who built his house on sand. (Matt 7:26)

The world has come to a point where a “great shaking” is necessary. In the words of Servant of God Maria Esperanza:

The consciences of this beloved people must be violently shaken so that they may “put their house in order”… A great moment is approaching, a great day of light… it is the hour of decision for mankind. —The Antichrist and the End Times, Rev. Joseph Iannuzzi, cf. P. 37 (Volumne 15-n.2, Featured Article from www.sign.org)

There are so many reasons for saying this, brothers and sisters. It goes far beyond a single election cycle in the United States or anywhere else. It has to do with a world that has plunged itself into rivers of blood from wars and revolutions and the blood of the unborn; a world that has closed its ears to the tens of millions who are starving while obesity skyrockets; a world that has been swept over by a torrent of perversity and pornography; a world that is captivated by a technological revolution that is ghettoizing souls while plowing through every ethical and logical boundary as men seek to become gods, wielding the power of life and death itself.

No, it is no longer about making America great again, but godly again.

EXPOSING WHAT’S BEHIND THE FACADE 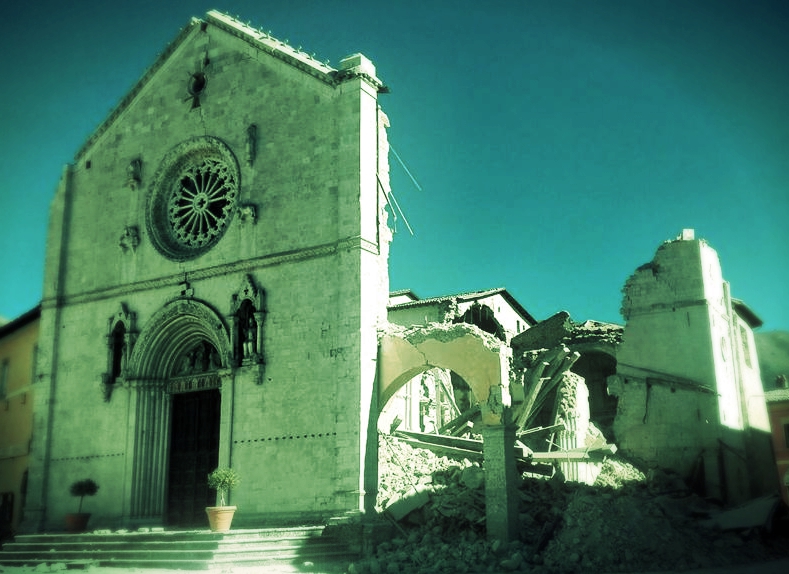 There was something poignant about the collapse of the Basilica of St. Benedict in Norcia, Italy, after a powerful earthquake struck the town on October 30th, 2016. Nothing was left but the facade of the Church. If you stood in front of it, you would still think you could walk right up its steps and proceed as usual through the front doors. But behind them lies nothing but dust now.

So too, as the “doors of mercy” begin to close in this Jubilee Year, I believe God is going to reveal what is behind the “facade” of governments, institutions, and individual hearts. And this is why there are so many divisions in the Church and the world today: God is sifting His people.

It’s almost unbelievable how many families and relationships are being torn apart today! As I speak, news of a letter written by four Cardinals to Pope Francis on the present doctrinal confusion in the Body of Christ is but one more “sign of the times” of the strains testing the foundations of even the Church. Yet, I find all these things comforting in a strange way. It means that Our Lord is near, His light penetrating, His truth stirring… and Satan is fearing that his days are numbered.

America has an opportunity to recover its Christian roots. But let us not forget another root:

The love of money is the root of all evils, and some people in their desire for it have strayed from the faith and have pierced themselves with many pains. (1 Timothy 6:10)

Canada, some eight years ago, was in the same boat that America is in today. We had a very left-leaning government in power with the same anti-life, anti-family, anti-Church agenda that the Clintons had. The Liberals tried to scare the country into believing that the Conservatives were a

backwards, bigoted lot with a “secret agenda” to foist their social (ie. Pro-life) agenda on the country. But the Liberal Party collapsed in that election, and the Conservatives under Stephen Harper took charge. There was a collective sigh of relief among Christians, as if the country had bought some time and forestalled the agenda of the Culture of Death…. But soon it became apparent that the government’s priority was almost entirely the economy. Nothing was done to protect the unborn. Little was done to protect the rights of parents and businessmen who did not saddle up to the social engineers still hard at work to implement their agenda of “tolerance.”

We failed the test. We lost the opportunity to “make Canada godly again.”

A young, inexperienced, and radical Liberal rose to the political scene. He posed for the cameras, flashed his teeth and muscles (literally), beat the feminist-sexual-ideologist drums of Tolerance—and came to power in a landslide victory. Forty-five years earlier, his father had brought abortion into the country. His son has risen to power to finish the job. What will stop his agenda now? I feel that Canada has been weighed and measured… and found wanting.

BECOMING CHILDREN OF THE FATHER AGAIN

The answer to finding world peace lies within Jesus’ words:

If you love me, you will keep my commandments… Whoever loves me will keep my word, and my Father will love him, and we will come to him and make our dwelling with him… Peace I leave with you; my peace I give to you. Not as the world gives do I give it to you. (John 14:15, 23, 27)

Peace comes only through reconciliation with the Father’s will, ending hostility toward the divine commandment to “love the Lord your God” and “your neighbour as yourself,” which is the original divine order of creation. And this love is a total giving of oneself to the other, even unto death. It is the opposite of the post-election hatred (which is the worst kind of “wall”) rising in America, and all over the world at this hour. Something terrible is happening as human beings are becoming absolutely brutal to one another in social media, entertainment, newscasts, school yards and elsewhere. It is, to 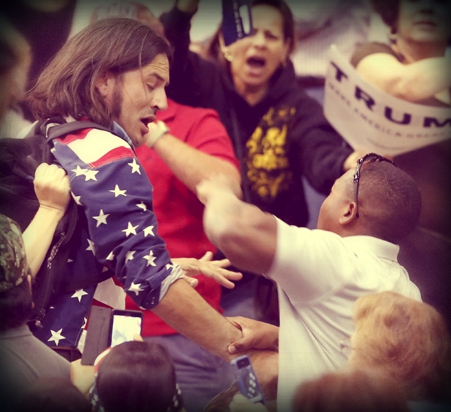 me, one of the greatest signs of the times…

Because of the increase of evildoing, the love of many will grow cold… But understand this: there will be terrifying times in the last days. People will be self-centered and lovers of money, proud, haughty, abusive, disobedient to their parents, ungrateful, irreligious, callous, implacable, slanderous, licentious, brutal, hating what is good, traitors, reckless, conceited, lovers of pleasure rather than lovers of God, as they make a pretense of religion but deny its power. (Matthew 24:12; 2 Tim 3:1-5)

Its rider was given power to take peace away from the earth, so that people would slaughter one another. And he was given a huge sword. (Rev 6:4)

So reject those snares that would pull you into divisive arguments, Facebook fights, and irresistible sarcasm that erodes the dignity of the other. The Triumph of the Immaculate Heart of Mary is not an event in the future, but a miracle unfolding at this moment. The miracle is in those who, in consecrating themselves to her, are allowing the Flame of Love of her heart to burn in their own. And that light of love, she promises, will grow to blind Satan and break his power. Love, not playing politics, is the answer.

Love is the building block with which the Lord is building His house today. Everything else will collapse in the Storm. Today’s first Mass reading:

Yet I hold this against you: you have lost the love you had at first. Realize how far you have fallen. Repent, and do the works you did at first. Otherwise, I will come to you and remove your lampstand from its place, unless you repent. (Rev 2:4-5)

The threat of judgment also concerns us, the Church in Europe, Europe and the West in general… the Lord is also crying out to our ears… “If you do not repent I will come to you and remove your lampstand from its place.” Light can also be taken away from us and we do well to let this warning ring out with its full seriousness in our hearts, while crying to the Lord: “Help us to repent!” —Pope Benedict XVI, Opening Homily, Synod of Bishops, October 2nd, 2005, Rome.

In closing, I share here the words of an American seer who audibly hears Jesus speak to her, and whose messages reached John Paul II (whose Polish Secretariat of State then encouraged these messages to be spread to the world.) Jennifer pointed the following messages out to me personally just a couple of days ago. For discernment…

My child, the wounds of the earth that have been indebted there by mankind’s sins are soon to bleed. I have pleaded with My people to make reparation for their sins but few heed to My requests. I tell you, My daughter, that as the financial collapse continues to unfold, you will see greater division come forth. You will see chaos in America and states will seek to separate from the union as your government will crumble. You have become a country of greed and greed is the root of evil. I tell you My children, turn to prayer, turn to My Mother and you will then find her Son… —August 26th, 2010

My child, it is through humility that the world will come to know of My mercy. It is through simplification that the world will be humbled… Begin to pray that you do not stumble in bringing forth a leader that will not guide My people to live in the way that permits My name, permits prayer, permits the truth. The world is soon to be at war for it is not only a war of nations but your financial collapse that will bring wars within the borders of your own country. The earth is rebelling My children to your multitude of sins. Too many sin against marriage, sin against life. Satan has waged his battle and to many of you are being manipulated by his deceitful works. You cannot serve two masters and those who seek to will find themselves in abandonment to true peace. The dividing line is being drawn… —September 3rd, 2012

You will see the coming of the one who claims he is Me and many will be trapped in his evil ways by his false promises. My people, this world will not rest from war and the true battle of darkness until all of humanity is converted to My mercy. —September 9th, 2005

My child, I am coming! I am coming! It will be an era upon mankind in which every corner of the earth will know of My existence. —December 28, 2010; cf. wordsfromjesus.com

That Which is Built on Sand

The Center of Truth

The Coming Revelation of the Father

To the Bastion – Part II

The Collapse of Babylon

The Fall of Mystery Babylon

Would you support this ministry?