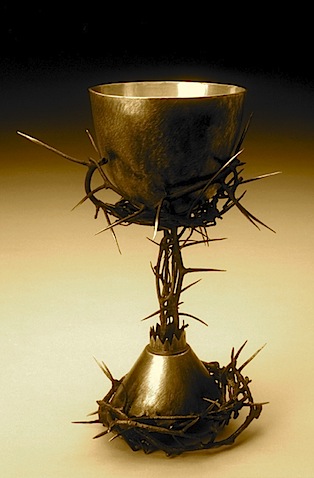 First published October 20th, 2009. I have added a recent message from Our Lady below…

THERE is a cup of suffering that is to be drunk from twice in the fullness of time. It has already been emptied by Our Lord Jesus Himself who, in the Garden of Gethsemane, placed it to His lips in His holy prayer of abandonment:

The cup is to be filled again so that His Body, who, in following its Head, will enter into its own Passion in her participation in the redemption of souls:

The cup that I drink, you will drink, and with the baptism with which I am baptized, you will be baptized… (Mark 10:39)

All that is said of Christ must be said of the Church, for the Body, which is the Church must follow the Head who is Christ. What I am speaking of here is not only the personal trials and tribulations we must each endure in the course of our lifetime, as St. Paul says:

It is necessary for us to undergo many hardships to enter the kingdom of God. (Acts 14:22)

Rather, I am speaking of the:

…final Passover, when [the Church] will follow her Lord in his death and Resurrection. —Catechism of the Catholic Church, 677

THE CUP OF THE CHURCH

After God purified the earth by flood, Noah built an altar. Upon this altar, God placed an invisible chalice. It would eventually be filled with the sins of men, and handed to Christ in the Garden of Gethsemane. When our Lord drank it to the last drop, the salvation of the world was achieved. It is finished, Our Lord said. But what was not complete was 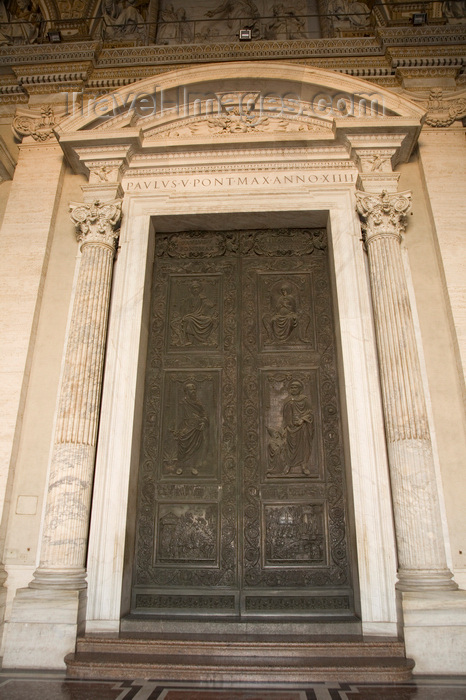 the application of Christ’s saving mercy through His Body, that is, the Church. [1]cf. Understanding the Cross Through signs and wonders and the proclamation of the Gospel, she would become a visible sacrament of salvation, the divine doorway through which the world would be invited to pass from wrath to righteousness. But ultimately, she is “to be a sign that will be contradicted… so that the thoughts of many hearts may be revealed” (Luke 2:34-35). This too is part of her “sacramental” mission. In the fullness of her time, her own Passion and Resurrection will rend the hearts of nations, and all will see that Jesus is Lord, and that His Church is His beloved Bride.

But first, the cup of her own suffering must be filled. With what? With the sins of the world, and her own sins.  There must come a time, says St. Paul, when the cup will overflow with rebellion. Just as Christ’s own rejected Him, so too will His Body be rejected:

…the rebellion comes first, and the man of lawlessness [will be] revealed, the son of perdition. (2 Thess 2:3)

Who is this son of perdition or Antichrist? He is the personification of the cup. He is the instrument of purification. For the first time the cup was drunk, God poured into Christ the fullness of His just wrath through the betrayal of Judas, “the son of perdition” (Jn 17:12). The second time the cup will be emptied, the justice of God will be poured out, first upon the Church, and then the world through the betrayal of Antichrist who will give to the nations “the kiss of peace.” In the end, it will be the kiss of many sorrows.

Take this cup of foaming wine from my hand, and have all the nations to whom I will send you drink it. They shall drink, and be convulsed, and go mad, because of the sword I will send among them. (Jeremiah 25:15-16)

Inextricably linked to the cup of the Church is creation, which also shares in the cup of suffering. [2]cf. Creation Reborn 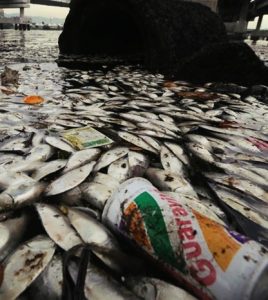 ...for creation was made subject to futility, not of its own accord but because of the one who subjected it, in hope that creation itself would be set free from slavery to corruption and share in the glorious freedom of the children of God.(Rom 8:19-21)

All that is created must be redeemed in the manner in which Christ has done it: “in the cup.” Thus all creation is groaning (Rom 8:22)…

Hear the word of the LORD, O people of Israel, for the LORD has a grievance against the inhabitants of the land: there is no fidelity, no mercy, no knowledge of God in the land. False swearing, lying, murder, stealing and adultery! In their lawlessness, bloodshed follows bloodshed. Therefore the land mourns, and everything that dwells in it languishes: the beasts of the field, the birds of the air, and even the fish of the sea perish. (Hos 4:1-3)

As we approach the 100th anniversary in 2017 of the Fatima apparitions, I hear over and over again in my heart the words:

Evil must exhaust itself.

I have found, in fact, great consolation and peace in this word. It is as if the Lord is saying, “Do not let your hearts be troubled by the evil you will see; it must be so, permitted 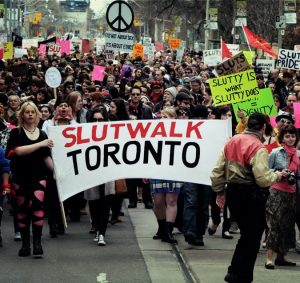 by My Divine Hand. Evil must exhaust itself, to show man that His ways are not my ways. And then, a new dawn will come. Just as evil exhausted itself upon My Son, pouring wrath upon Him, it was soon vanquished by the power of the Resurrection. So it will be with the Church.”

For the mystery of lawlessness is already at work. But the one who restrains is to do so only for the present, until he is removed from the scene. And then the lawless one will be revealed… (2 Thess 2:7-8)

One aspect of this rebellion is, of course, a complete rejection of Christianity. This is occurring at an exponential rate in the West as the courts redefine the foundations of society: marriage, the right to life, the value of life, the definition of human sexuality, etc. The fruit of this is evident in the explosion of lewdness, anger, indulgence, obesity, individualism, materialism, and narcissism. At the same time, Catholic congregations are aging and shrinking. Were it not for immigration, many Catholic churches would long ago have been shuttered.

In the East, the rejection of Christianity is happening by the sword. In Revelation, we read in the breaking of the Fifth Seal that it will continue until the cup is filled:

When he broke open the fifth seal, I saw underneath the altar the souls of those who had been slaughtered because of the witness they bore to the word of God. They cried out in a loud voice, “How long will it be, holy and true master, before you sit in judgment and avenge our blood on the inhabitants of the earth?” Each of them was given a white robe, and they were told to be patient a little while longer until the number was filled of their fellow servants and brothers who were going to be killed as they had been. (Rev 6:9-11)

And St. John explains a little later on how they are killed (the Fifth Seal): 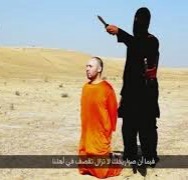 I also saw the souls of those who had been beheaded for their witness to Jesus and for the word of God, and who had not worshiped the beast or its image nor had accepted its mark… (Rev 20:4)

We are watching this Fifth Seal breaking open in real time. This comprises part of the warning [4]cf. Warnings in the Wind that was given by Our Lady of Kibeho, who twelve years before the Rwandan genocide, revealed to a few children in graphic detail visions of coming violence and “rivers of blood.” But then Our Lady said that this was a warning for the world.

Madness would break out all over the world if we did not repent—Hell Unleashed. Dear brothers and sisters, this cup, foaming over with the pride of men, has begun to overflow. How many more drops of abortion? How many more blasphemies? How many more wars? How many more massacres? How much more pornography, especially child pornography? How many more innocent souls broken to pieces by the lust, greed, and selfishness of men? When I wrote this in 2009 while in Europe, I heard the words clearly in my heart:

The fullness of sin… The cup is full.

Evil must exhaust itself. Sin is reaching its fullness in our time. As Pope Pius XII said,

The sin of the century is the loss of the sense of sin. —1946 address to the United States Catechetical Congress

But I also sense the powerful presence of Christ and Our Mother that vanquishes darkness as much as the morning sun. A divine plan is opening before us at the same time. For you see, Heaven isn’t reacting to Hell—it is Satan who is squirming, for his time is short. He races to fill the cup out of hatred and envy. And so, Our Lady continues to give us a constant and loving warning that we must all prepare ourselves for this cup, which this generation is lifting to drink 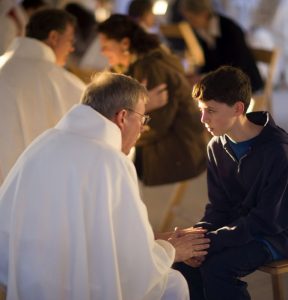 of its own free will. This people is being seduced by the dragon, that ancient liar. The following message, allegedly from Our Lady, is an echo of what I wrote just the day before on Getting Out of Babylon.

Dear children, wicked men will act to separate you from the truth, but the Truth of My Jesus will never be half-truth. Be attentive. Be faithful. Do not let yourselves be contaminated by the mire of false teachings that will spread everywhere. Stay with the perennial truth; stay with the Gospel of My Jesus. Humanity has become spiritually blind because men have departed from the truth. Turn around. Your God loves you and waits for you. What you have to do, do not leave for tomorrow. Turn away from the world and live turned toward Paradise, for which alone you were created. Onward. Do not retreat… remain at peace. —Our Lady Queen of Peace to Pedro Regis, October 5th, 2017; Pedro has the support of his bishop

And so, brothers and sisters, we must remain in a state of grace, putting on the armour of God. We must be ready to give our fiat to God. We must pray and intercede for souls with all our hearts. And we must remember that the future for the faithful is not one of disaster, but hope… though we must pass through winter before there will be a new springtime. For regarding this cup, the Scriptures also say:

In 2009, I wanted to shout: the days are imminent. But now they are here. May the Lord guide us through this valley of the shadow of death until we reach the pastures of Our Lady’s triumph.

Yes, a cup is in the LORD’S hand, foaming wine, fully spiced. When God pours it out, they will drain it even to the dregs; all the wicked of the earth must drink. But I will rejoice forever; I will sing praise to the God of Jacob, who has said: “I will break off all the horns of the wicked, but the horns of the just shall be lifted up.” (Psalm 75:9-11)