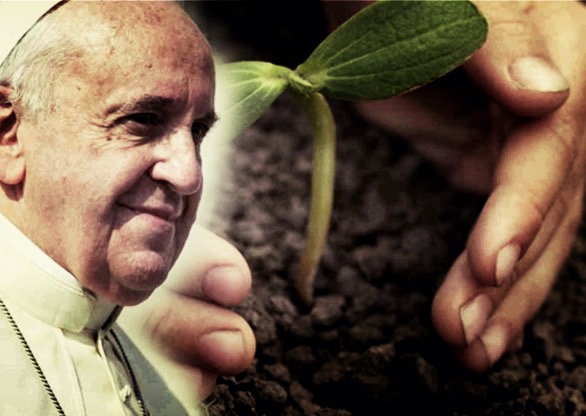 NOT since Humanae Vitae has there perhaps been an encyclical letter that has generated more angst, more concern, more anticipation than Laudato si’. I have printed it off and will spend the weekend reading and meditating upon it.

I sensed the Lord saying that the first thing He wants us to do with this teaching is to examine our own conscience. Put aside judgments, put aside one’s own filters, and let the word speak to your heart. And in this regard, it is a “word” from the mind of Christ. For Jesus said to the Apostles, and thus, their successors:

Here too, we must set aside Peter, “the man”, and listen to Peter, “the office.” If you flip to the back of the encyclical, you will see just under 180 footnotes of references to several popes, the Catechism, the Second Vatican Council, and other magisterial statements. This in itself is a witness to the perennial voice of the Church that is an unfolding echo from the first Peter whom Jesus commanded to “feed my sheep.” [1]cf. John 21:17 It is this voice that builds upon its predecessors all the way back to Christ himself that sets the Catholic Church apart from every single denomination in the world. It is this “Living Tradition”, founded upon the rock of Peter, that itself causes me to love and worship Christ more than ever. Because our faith is not dependent upon mere men, but the Divine Man, Jesus Christ, who builds His Church upon the Office of Peter that He established. [2]cf. Matt 16:18

For with the same realism with which we declare today the sins of the popes and their disproportion to the magnitude of their commission, we must also acknowledge that Peter has repeatedly stood as the rock against ideologies, against the dissolution of the word into the plausibilities of a given time, against subjection to the powers of this world. When we see this in the facts of history, we are not celebrating men but praising the Lord, who does not abandon the Church and who desired to manifest that he is the rock through Peter, the little stumbling stone: “flesh and blood” do not save, but the Lord saves through those who are flesh and blood. To deny this truth is not a plus of faith, not a plus of humility, but is to shrink from the humility that recognizes God as he is. Therefore the Petrine promise and its historical embodiment in Rome remain at the deepest level an ever-renewed motive for joy; the powers of hell will not prevail against it… —Cardinal Ratzinger (POPE BENEDICT XVI), Called to Communion, Understanding the Church Today, p. 73-74

And yet, at the same time, we know that it is precisely a human being, indeed, several humans, through whom this encyclical comes (as such documents as these pass through the hands of several theologians who review and co-write parts of it.) While we can be assured that in matters of faith and morals, the Holy Spirit will infallibly guide us, it is a different story when it comes to matters outside that scope. And thus, Pope Benedict himself reminds us:

The post-Pentecost Peter… is that same Peter who, for fear of the Jews, belied his Christian freedom (Galatians 2 11–14); he is at once a rock and a stumbling-block. And has it not been thus throughout the history of the Church that the Pope, the successor of Peter, has been at once Petra and Skandalon—both the rock of God and a stumbling block? —POPE BENEDICT XIV, from Das neue Volk Gottes, p. 80ff

I want to pray with this encyclical first before commenting on it, and so will take this weekend to delve into it. However, there is a “word” that came to me before even seeing the encyclical… a word that builds on what is already unfolding in this pontificate….

THE HOUR OF CORRECTION

As I wrote in The Five Corrections, there was an astounding parallel between the “corrections” of Pope Francis at the Synod and the corrections that Jesus issues to five of seven churches at the beginning of the Book of Revelation. These corrections are essentially an “illumination of conscience” of the Church that sets the stage for the Apocalypse. And by no means are these warnings given lightly. For Jesus tells the Church that whoever does not heed His words will have his “lamp taken away” from them. [3]cf. Rev 2:5 Likewise, those who do heed His warnings will share as “victors” [4]cf. The Victors in the final confrontation between the Church and the anti-church, the “woman” and the “beast.”

Well, St. John begins to see in his vision how exactly it ends for those who fail to obey the Gospel. What unfolds next appears to be mankind definitively reaping what he has sown in both the social and physical 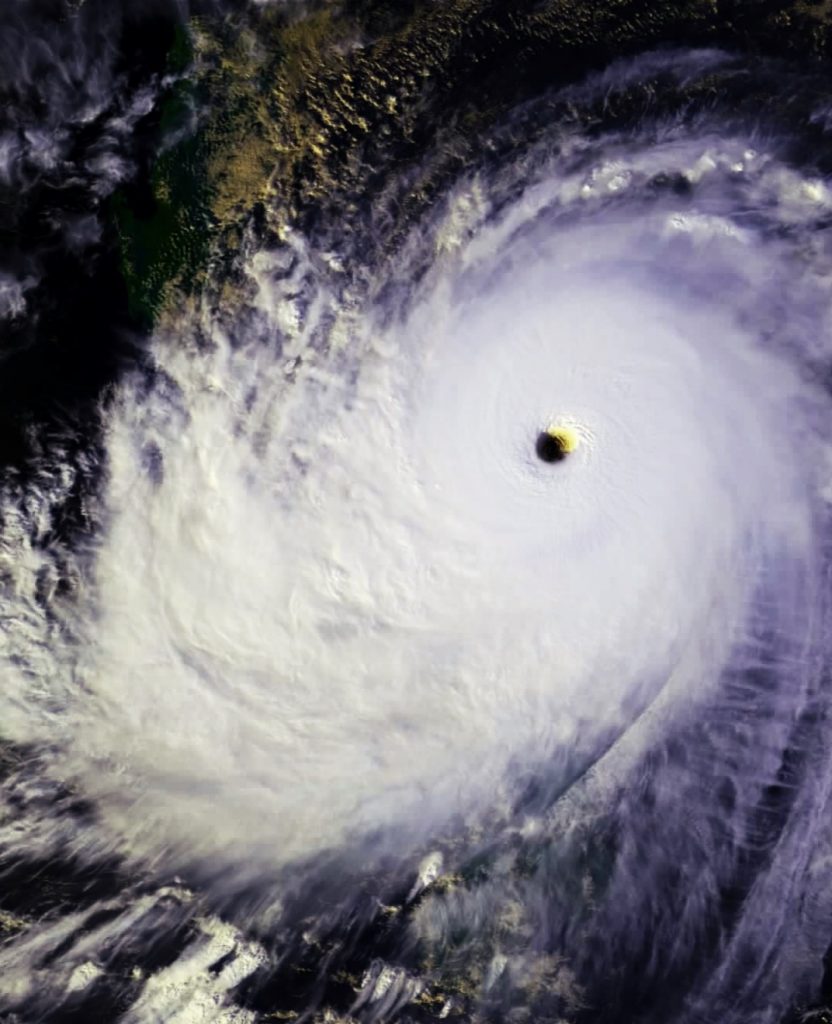 order—the “breaking” of the seals—a global outbreak of war, famine, disease, and earthquakes. It is as if creation is groaning, weeping, striking back (see The Seven Seals of Revolution). Hence, the timing and choice of this encyclical on creation is, I think, a “word” in itself.

I have felt the Lord explain the present and coming trials to me as a “Great Storm”, like a hurricane, and the seals of Revelation as being the first part of this Storm: man reaping what he has sown until there is a “great shaking” [5]cf. Fatima, and the Great Shaking that awakens the entire world to the reality and presence of God through the sixth seal. [6]cf. The Eye of the Storm and Revelation Illumination It is the moment when Christ “opens wide” the door of Mercy before He opens wide the door of justice (and let’s not forget that we are about to begin a “Jubilee of Mercy” this coming December. [7]cf. Opening Wide the Doors of Mercy)

Then I watched while he broke open the sixth seal, and there was a great earthquake… The kings of the earth, the nob
les, the military officers, the rich, the powerful, and every slave and free person hid themselves in caves and among mountain crags. They cried out to the mountains and the rocks, “Fall on us and hide us from the face of the one who sits on the throne and from the wrath of the Lamb, because the great day of their wrath has come and who can withstand it?” (Rev 6:12-17)

And so, is this new encyclical a trumpet blast, a warning that we are approaching the moment when the greed, abuse, and neglect that we have wreaked upon nature is fully realized? And does that not begin with the very pinnacle of creation, man himself? Perhaps the Spirit’s timing of that series on Human Sexuality and Freedom is not a coincidence either: for it addresses the deepest crises of creation, which is not climate change, but the…

Yes, every other crises in our environment flows from this.

This time of year is when we need your support most!