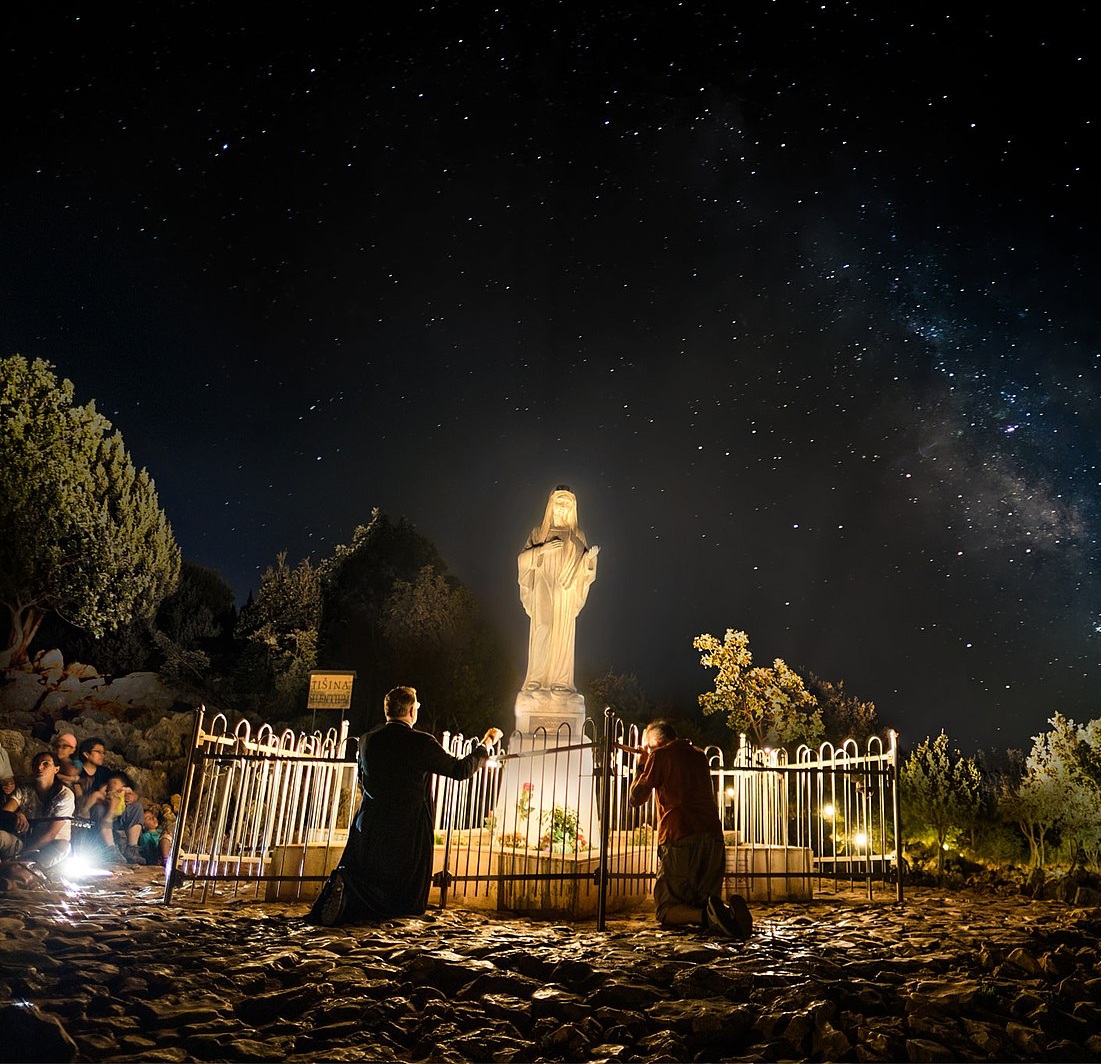 Holy Mary, Mother of God, our Mother,
teach us to believe, to hope, to love with you.
Show us the way to his Kingdom!
Star of the Sea, shine upon us and guide us on our way!
—POPE BENEDICT XVI, Spe Salvi, n. 50

WHAT essentially is the “Era of Peace” that is coming after these days of darkness? Why did the papal theologian for five popes, including St. John Paul II, say it will be “the greatest miracle in the history of the world, second only to the Resurrection?”[1]Cardinal Mario Luigi Ciappi was the papal theologian for Pius XII, John XXIII, Paul VI, John Paul I, and St. John Paul II; from Family Catechism, (Sept. 9th, 1993), p. 35 Why did Heaven say to Elizabeth Kindelmann of Hungary…

…the Spirit of Pentecost will flood the earth with his power and a great miracle will gain the attention of all humanity. This will be the effect of grace of the Flame of Love… which is Jesus Christ himself… something like this has not happened since the Word became flesh. Satan’s blindness means the universal triumph of My divine Heart, the liberation of souls, and the opening of the way to salvation to its fullest extent. —Jesus to Elizabeth Kindelmann, The Flame of Love, p. 61, 38, 61; 233; from Elizabeth Kindelmann’s diary; 1962; Imprimatur Archbishop Charles Chaput

All this sounds rather extraordinary, epochal in fact. And it will be, because what God is about to do will, at last, bring to fulfillment the words we have been praying for 2000 years: 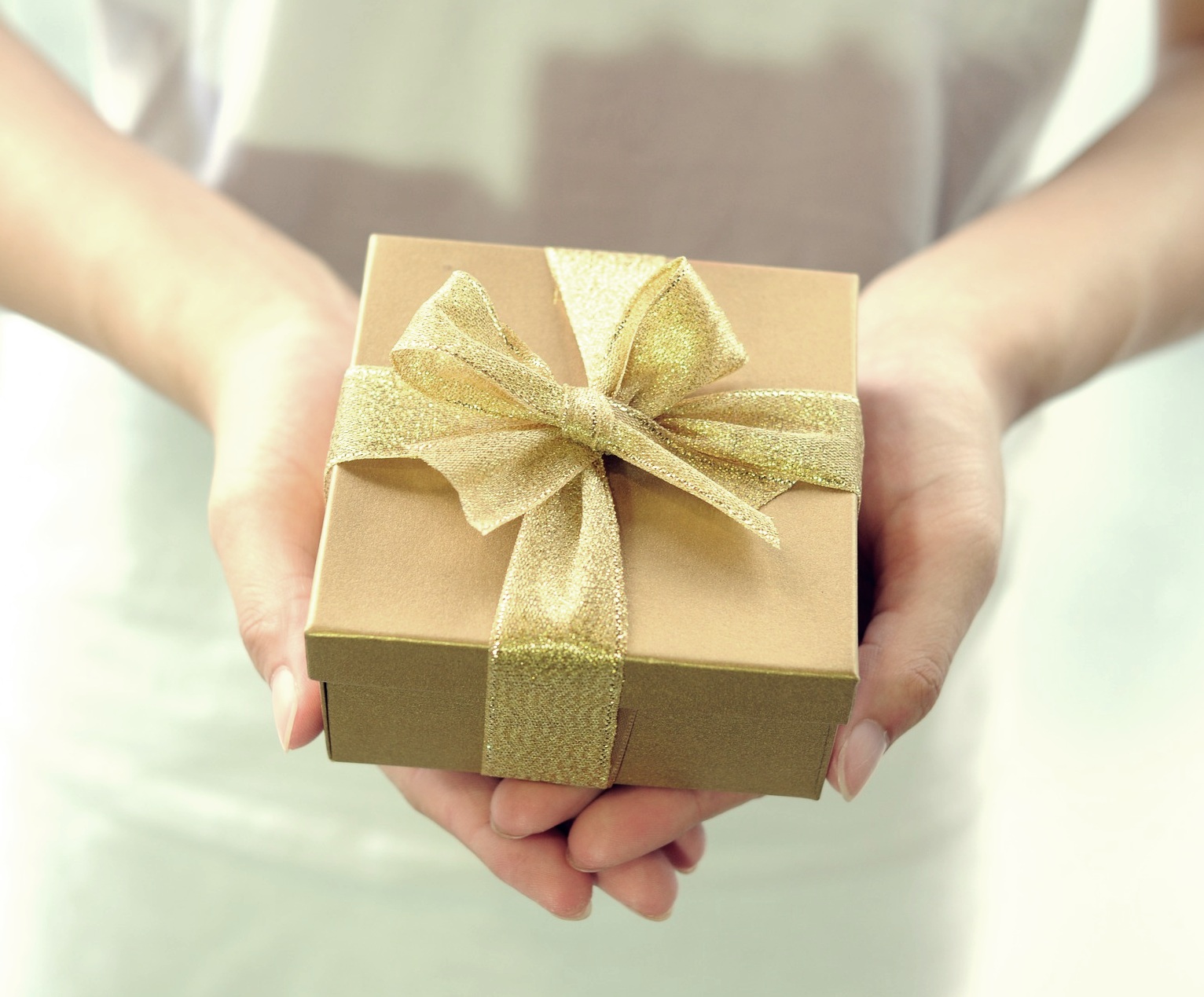 When Jesus says that this will open “the way to salvation to its fullest extent,” He means that a new grace is coming, a final “Gift” to the Church in order to sanctify and prepare her as a Bride for the final coming of the Groom at the end of time. What is this Gift? It is the Kingdom of the Divine Will or “Gift of living in the Divine Will.”

Have you seen what living in My Will is?… It is to enjoy, while remaining on earth, all the Divine qualities… It is the Sanctity not yet known, and which I will make known, which will set in place the last ornament, the most beautiful and most brilliant among all the other sanctities, and that will be the crown and completion of all other sanctities. —Servant of God Luisa Picarretta, The Gift of Living in the Divine Will, Rev. Joseph Iannuzzi; n. 4.1.2.1.1 A

As I wrote in True Sonship, this is much more than simply doing God’s will, but actually uniting to it and possessing it as one single will, thus regaining the rights of divine sonship that were lost in the Garden of Eden. These include the “preternatural” gifts once enjoyed by Adam and Eve.

Our first parents’ “rightful claims”… include, but are not limited to the preternatural gifts of immortality, infused knowledge, immunity from concupiscence and their mastery over all creation. Indeed, after Original Sin, Adam and Eve who enjoyed the rightful claims of kingship and queenship over all creation, lost this rightful claim, whence creation turned against them. —Rev. Joseph Iannuzzi, theologian, The Virgin Mary in the Kingdom of the Divine Will, footnote n. 33 in Divine Will Prayer Book, p. 105

In the 36 volumes that Jesus and Our Lady dictated to Servant of God Luisa Piccarreta,[2]see On Luisa and Her Writings they repeatedly explain how the restoration of the Divine Will in man 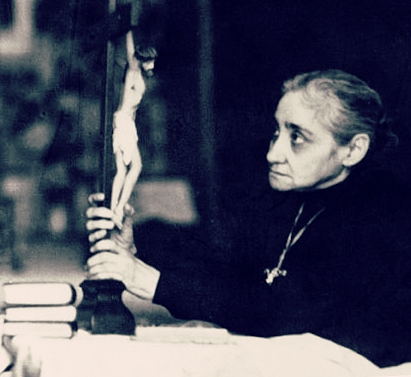 will be the pinnacle of salvation history. Jesus is almost beside Himself in anticipation of this final crowning, which is the glory of His Passion.

In Creation, My ideal was to form the Kingdom of My Will in My creature’s soul. My primary purpose was to make each man the image of the Divine Trinity by virtue of the fulfilment of My Will in him. But by man’s withdrawl from My Will, I lost My Kingdom in him, and for 6000 long years I have had to battle. —from Luisa’s diaries, Vol. XIV, November 6th, 1922; Saints in the Divine Will by Fr. Sergio Pellegrini, with the approval of the Archbishop of Trani, Giovan Battista Pichierri, p. 35

So now we come to it: The Clash of the Kingdoms is underway. But in this darkness, God has given us a Star to follow: Mary, she who literally shows us the path we are to take in order to prepare for the descent of this Kingdom.

It is to her as Mother and Model that the Church must look in order to understand in its completeness the meaning of her own mission.  —POPE JOHN PAUL II, Redemptoris Mater, n. 37

OUR LADY, THE KEY

In the apparitions of Our Lady around the world, she often announces herself under a title such as: “Our Lady Queen of Peace,” “The Immaculate Conception” or “Our Lady of Sorrows”, 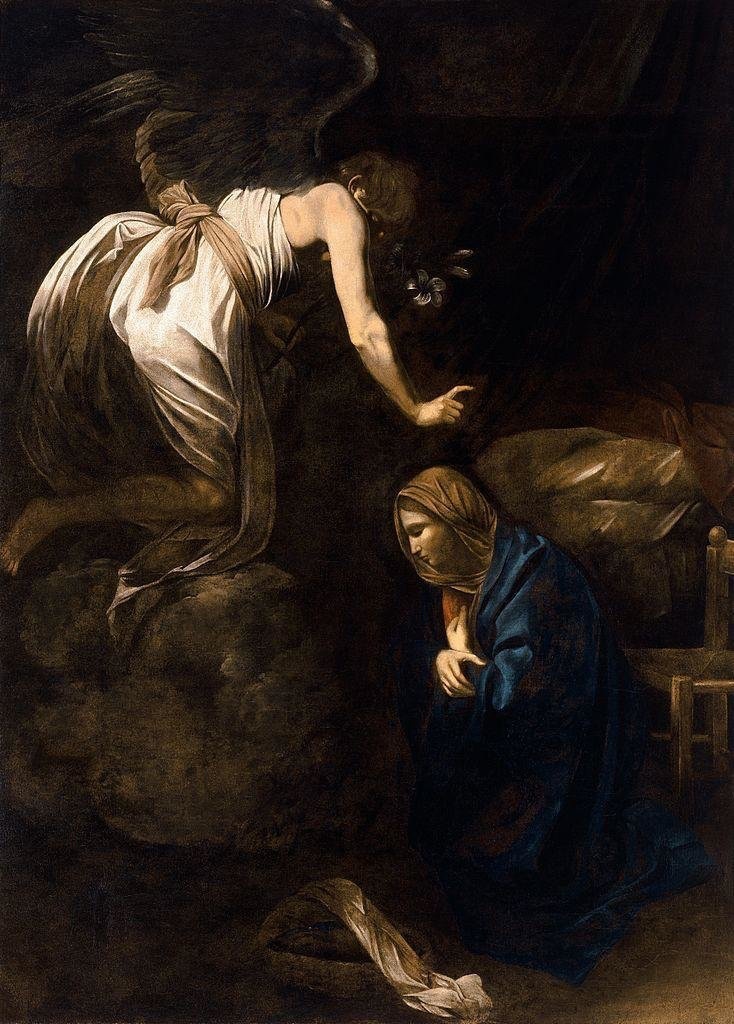 etc. These are not boasts or mere descriptions: they are prophetic reflections of who and what the Church herself is to become within the boundaries of time.

Among all believers she is like a “mirror” in which are reflected in the most profound and limpid way “the mighty works of God.”  —POPE ST. JOHN PAUL II, Redemptoris Mater, n. 25

When either [Mary or the Church] is spoken of, the meaning can be understood of both, almost without qualification. —Blessed Isaac of Stella, Liturgy of the Hours, Vol. I, pg. 252

Hence, the Church is going to become Immaculate;[3]cf. Rev 19:8 she too is going to become the mother of universal peace; and thus, she too Church must also pass by way of sorrows in order to realize this coming Resurrection. In fact, this purity is a necessary precursor in order for the Kingdom of the Divine Will to descend and for Jesus to reign within it, that is, within the Church in a new modality (cf. Rev 20:6).

Only a pure soul can boldly say: “Thy kingdom come.” One who has heard Paul say, “Let not sin therefore reign in your mortal bodies,” and has purified himself in action, thought and word will say to God: “Thy kingdom come!”—Catechism of the Catholic Church, n. 2819

Our Lady explained to Luisa how she was conceived without sin, but that it was still necessary for her throughout her young life to expand the Kingdom of the Divine Will within in her heart in order to prepare for the descent of Jesus into her womb.[4]cf. The Test In fact, it was not until the Annunciation that she became aware of the Divine Plan, thus giving her complete “fiat” at that moment.

There is the key to understanding what you and I must do in the days ahead in order to prepare for the coming of Christ to reign within us in this “new and divine holiness.” We have to cease giving life to our human will and embrace the Divine Will in all things. Hence, Our Lady becomes the 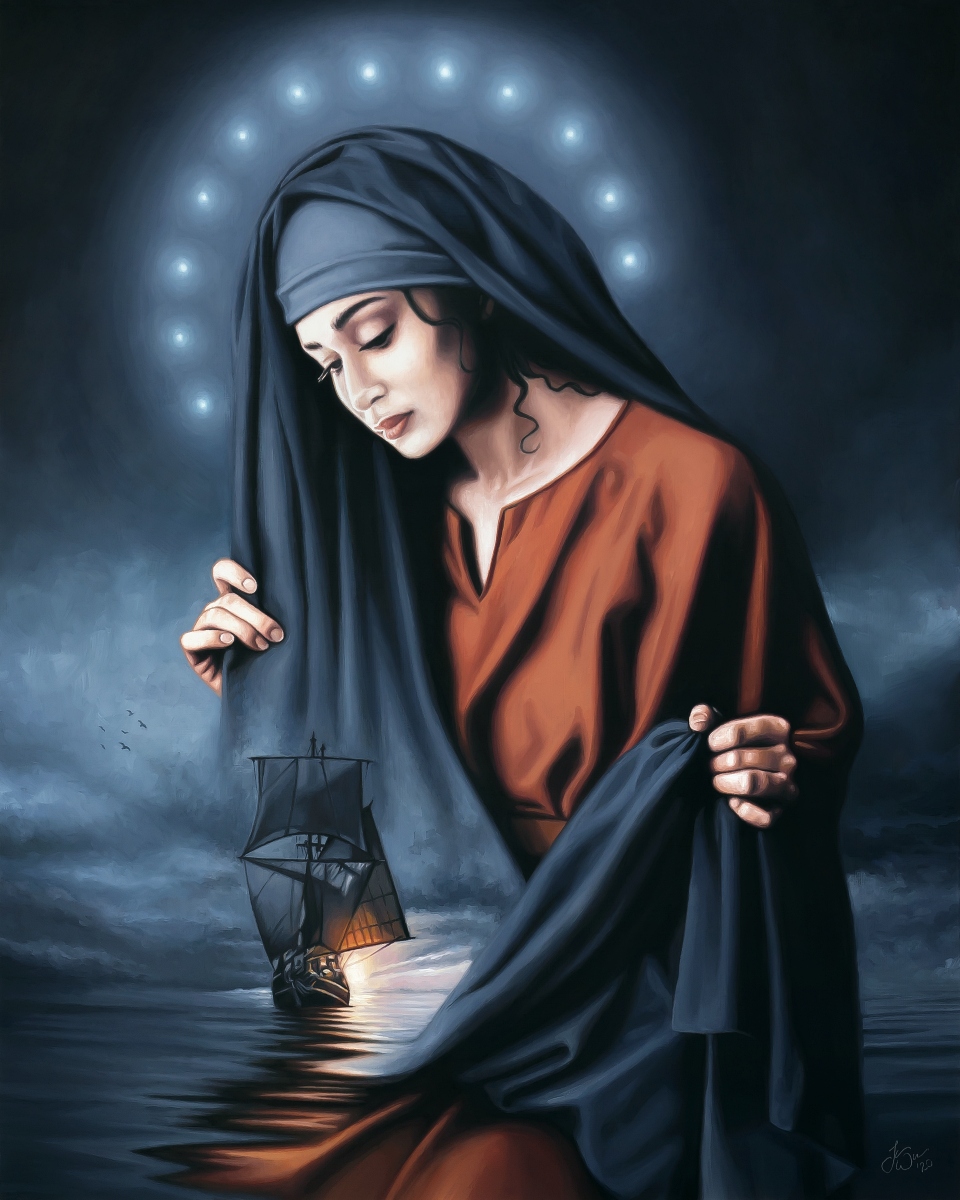 “sign” that has appeared in our times, a “Woman clothed in the sun” of the Divine Will who is thus able to elude the dragon. If we then are to defeat Satan in this hour of apostasy (which is really the futile crowning of the human will), then we must imitate this Woman with all our being.

Do you know what renders us dissimilar? It is your will that robs you of the freshness of grace, of the beauty that enraptures your Creator, of the strength that conquers and endures everything and of the love that impacts everything. In a word, your will is not the Will which animates your Heavenly Mother. I knew my human will only to keep it sacrificed in homage to my Creator. —Our Lady to Luisa, Ibid. Day 1

If we too keep our human will sacrificed, whilst asking each day for God to give us the Gift of Living in the Divine Will, then we will slowly begin to observe how interior discord, restlessness, anxiety, fear, and malaise—in a word, the effects of the human will—begin to melt before the rising Sun within. I can tell you that since I said “yes” to Our Lady over a year ago to live in the Divine Will,[5]see The Voids of Love she has crushed beneath her heel so much in me that has stolen away peace—even though I am only at the very beginning of this new journey. It has filled me with so much hope. For authentic hope is not whipping oneself into a state of wishful thinking, but is born when one actually exercises faith in not only repenting but doing what God asks of him. As Our Lady said to Luisa…

The light of the sun of the Divine Will that enveloped me was so great that, embellishing and investing my humanity, it continuously produced heavenly flowers in my soul. I felt the heavens lower themselves to me as the earth of my humanity arose within it. So [in me] heaven and earth embraced, were reconciled and exchanged the kiss of peace and love. —Ibid. Day 18

Hence, one can better understand now the foundation of the Era of Peace: the reunion of the will of man with the Will of God, to the very ends of the earth. In this Single Will, the fruits of 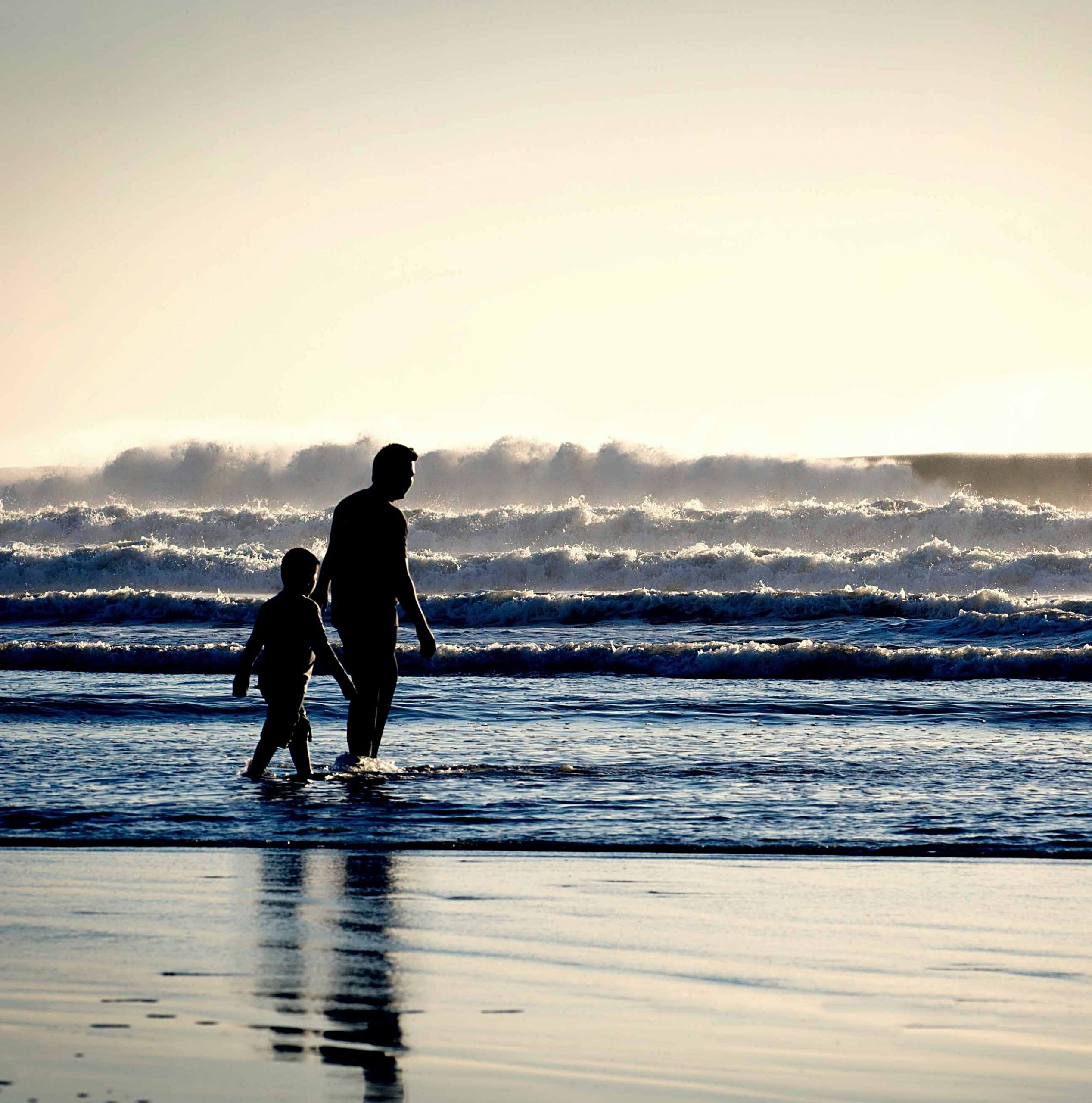 justice and peace will manifest in a way so miraculously as to have not had their equal since the Incarnation and Resurrection of Jesus Himself.

That “link” is the Divine Will.

Peace is not merely the absence of war… Peace is “the tranquillity of order.” Peace is the work of justice and the effect of charity.—CCC, n. 2304

…in Christ is realized the right order of all things, the union of heaven and earth, as God the Father intended from the beginning. It is the obedience of God the Son Incarnate which reestablishes, restores, the original communion of man with God and, therefore, peace in the world. His obedience unites once again all things, ‘things in heaven and things on earth.’ —Cardinal Raymond Burke, speech in Rome; May 18th, 2018; lifesitnews.com

“All creation,” said St. Paul, “groans and labors up till now,” awaiting Christ’s redemptive efforts to restore the proper relationship between God and his creation. But Christ’s redemptive act did not of itself restore all things, it simply made the work of redemption possible, it began our redemption. Just as all men share in the disobedience of Adam, so all men must share in the obedience of Christ to the Father’s will. Redemption will be complete only when all men share his obedience… —Servant of God Fr. Walter Ciszek, He Leadeth Me (San Francisco: Ignatius Press, 1995), pp. 116-117

Popes, and the Dawning Era

The Resurrection of the Church

Key to the Woman

Thank you to everyone who responded to our appeal.
We have been so blessed by your
kind words, prayers, and generosity!

Join me now on MeWe: