THE NOW WORD ON MASS READINGS
for May 5th, 2014
Monday of the Third Week of Easter 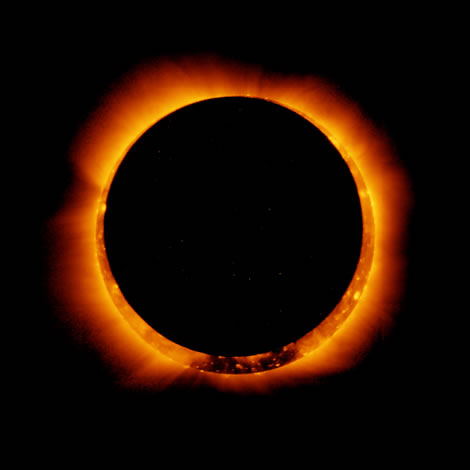 SAM Sotiropoulos was only asking the Toronto Police force a simple question: if Canada’s Criminal Code forbids public nudity, [1]Section 174 states that a person who is “so clad as to offend against public decency or order” is “guilty of an offence punishable on summary conviction.” will they be enforcing that law at the Toronto Gay Pride parade? His concern was that children, who are often brought to the parade by parents and teachers, may be exposed to illegal public nudity.

As a result, homosexual activists slammed him as a “‘homophobic a**hole’ and an ‘outrageous bigot.’” [2]cf. LifeSiteNews.com, Feb. 17th, 2014 His response:

Interesting to remark how readily those who don’t want to be labelled, cast labels and slander at others… To think, these are the folks who are ‘inclusive’?! I’d say, ‘Shame on you,’ but there’s no suggestion they’d understand what it is. —Sam Sotiropoulos, Toronto District School Board trustee, LifeSiteNews.com, Feb. 17th, 2014

We all know that on any given day, a nude man or woman walking down the street would immediately be arrested—all the more so if they were strolling by a children’s playground. There would be outrage in the social media, instant condemnation on the news, and quick retribution by the justice system. But for some enigmatic reason, this same standard does not apply when men and women, mere feet away from the faces of children, stroll by provocatively and totally naked in a parade—often with police and politicians as participants. Ironically, the same people who wish to see pedophile priests burned at the stake have little to say about this obvious hypocrisy.

It is merely another chapter in what Benedict XVI lucidly described as an “eclipse of reason” in our times. [3]cf. On the Eve Before the Passion of Christ and the martyrdom of the first disciples and Apostles, the climate was the same.

…people from Cilicia and Asia, came forward and debated with Stephen, but they could not withstand the wisdom and the Spirit with which he spoke. (First reading)

This did not cause Stephen’s persecutors to pause and reflect on the truth of his arguments. Rather, it stoked their hatred and intolerance such that they resorted to character assassination.

…princes meet and talk against me… (Today’s Psalm)

Brothers and sisters, the time of reasoning, of debating, of convincing others of the truth—beyond supernatural intervention—seems to be drawing to a close. Why?

The world knows the moral teachings of the Catholic Church—and have rejected them. The eclipse of reason has darkened the minds of this generation to such a degree that, like Jesus, the only possible answer will eventually be The Silent Answer. But it must be the silence of love, humility, and patience. The silence of a deep joy. The holy silence of a life on fire with the love of God, a life that makes the kerygma, the central message of the Gospel, present to others by the incarnation of the Word in one’s life. [4]cf. First Love Lost This is the heart, message, and example of Pope Francis’ pontificate. [5]cf. Evangelii Gaudium, n. 164

I can’t help but think of a phrase from the poetry of our newly canonized saint:

If the word has not converted, it will be blood that converts.  —ST. JOHN PAUL II, from poem “Stanislaw“

The worldly are not seeking spiritual food, but perishable, as in today’s Gospel. They sought after Jesus to satisfy their flesh, not their souls. This is why so many liberal commentators applaud Pope Francis today—they take words like “Who am I to judge?” [6]cf. Who Am I to Judge? and eat them without considering the truth behind them. Jesus was admired at the age of 12 for His wisdom. But when He revealed the truth of who He was, they utterly rejected His wisdom. The time will come when, like Christ and St. Stephen and St. Paul, the Pope, and all those who will not compromise the truth, will be openly persecuted. Is that time not already at hand? Not the time of defeat, but of victory borne by a love that loves our enemies to the end.

Incredible as this seems, we are able to lead men to Christ and no one can prevail against us, for “it is our faith that overcomes the world.” —Servant of God Catherine de Hueck Doherty, from Season of Mercy.

Let us pray for the faithfulness of St. Stephen, the perseverance of Christ—and the courage of Sam.

Remove from me the way of falsehood, and favor me with your law. The way of truth I have chosen; I have set your ordinances before me. (Psalm)