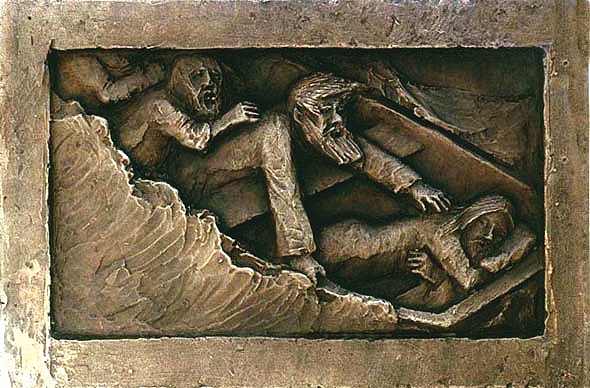 THERE is a reason, brothers and sisters, why I feel Heaven wants to do this Lenten Retreat this year, that up until now, I have not voiced. But I feel this is the moment to speak about it. The reason is that a violent spiritual Storm is bearing down all around us. The winds of “change” are blowing hard; the waves of confusion are spilling over the bow; the Barque of Peter is beginning to rock… and in the midst of it, Jesus is inviting you and me to the stern.

Let’s look at the Gospel accounts of that storm that Jesus and the disciples experienced, because I think there is something powerful here to teach us.

Now, the word “storm” in Matthew means literally “earthquake”. In the footnotes of the revised New American Bible, it says it is..

…a word commonly used in apocalyptic literature for the shaking of the old world when God brings in his kingdom. All the synoptics use it in depicting the events preceding the parousia of the Son of Man (Mt 24:7; Mk 13:8; Lk 21:11). Matthew has introduced it here and in his account of the death and resurrection of Jesus (Mt 27:51–54; 28:2). —NABre, on Matthew 8:24

I find this footnote stunning, because as long-time readers here know, I received a word from the Lord several years ago that there was a “Great Storm” coming, like a hurricane. [1]cf. The Seven Seals of Revolution It would be a “Great Shaking” that would transition us from this era into the next; [2]cf. Fatima, and the Great Shaking not the end of the world, but the end of an era in preparation for the return of Jesus. [3]cf. Dear Holy Father… He is Coming! Part of the transition would involve the Church’s own Passion, as she follows her Lord in His death and resurrection.[4]cf. Our Passion and Francis, and the Coming Passion of the Church

Indeed, the account above begins with the disciples following Jesus into the boat. And it says that He came “just as he was.” Many today are preparing for this Storm by storing up food, supplies, weapons, etc. While there is prudence in physically preparing for the event of any catastrophe, Jesus shows us the ultimate disposition we are to have in this Storm: a heart that relies completely on Divine Providence—to follow Him “just as we are.”

Today, with the world’s economy propped up by match sticks, the nations preparing for war, the persecution of Christians intensifying, the unhinging of technology from ethics, and the Pope weekly stirring controversy with ambiguous statements, the winds and waves of this Storm have begun to pound against the hull of many hearts. Indeed, there is a tangible shaking of many people’s faith today as they cry out,

We are in danger! Master, Master! We are perishing!

But Jesus is resting on a cushion. How is it possible to rest in an open fishing boat that is being tossed on high waves to the point of sinking? Humanly speaking, it is practically impossible…

Jesus is teaching us something crucial: that when we have a deep interior relationship with the Father, there is no storm that can shake us; no wind that can overturn us; no wave that can sink us. We might get wet; we might get cold; we might become seasick, but…

This is why, dear brothers and sisters, it is a mistake to be fearful of the next wave; to obsess with the intensity of the winds. You will lose your peace, lose your bearings, and if you’re not careful, fall overboard. If the victory that conquers the world is our faith, then we should do as Paul says, keep…

…our eyes fixed on Jesus, the leader and perfecter of faith. (Heb 12:2)

Herein lies the heart and purpose of this Lenten Retreat: to lead you deeper into the Heart of Jesus and the Father so that your faith may grow and be perfected. So that Jesus can rise and speak into your heart: “Peace! Be still!”

So, I hope some readers will pardon me. For, at this time, I really don’t have much more to say about the economy, the collapse in morality, or the Pope. If you wish to find me, I’ll be in the stern—and I pray, with many of my retreatants. For Jesus said…

This Lenten Retreat is precisely the antidote to the violence of the Storm by leading you to trust and rest in the Heart of the Father.

To join Mar k in this Lenten Retreat,
click on the banner below to subscribe.
Your email will not be shared with anyone. 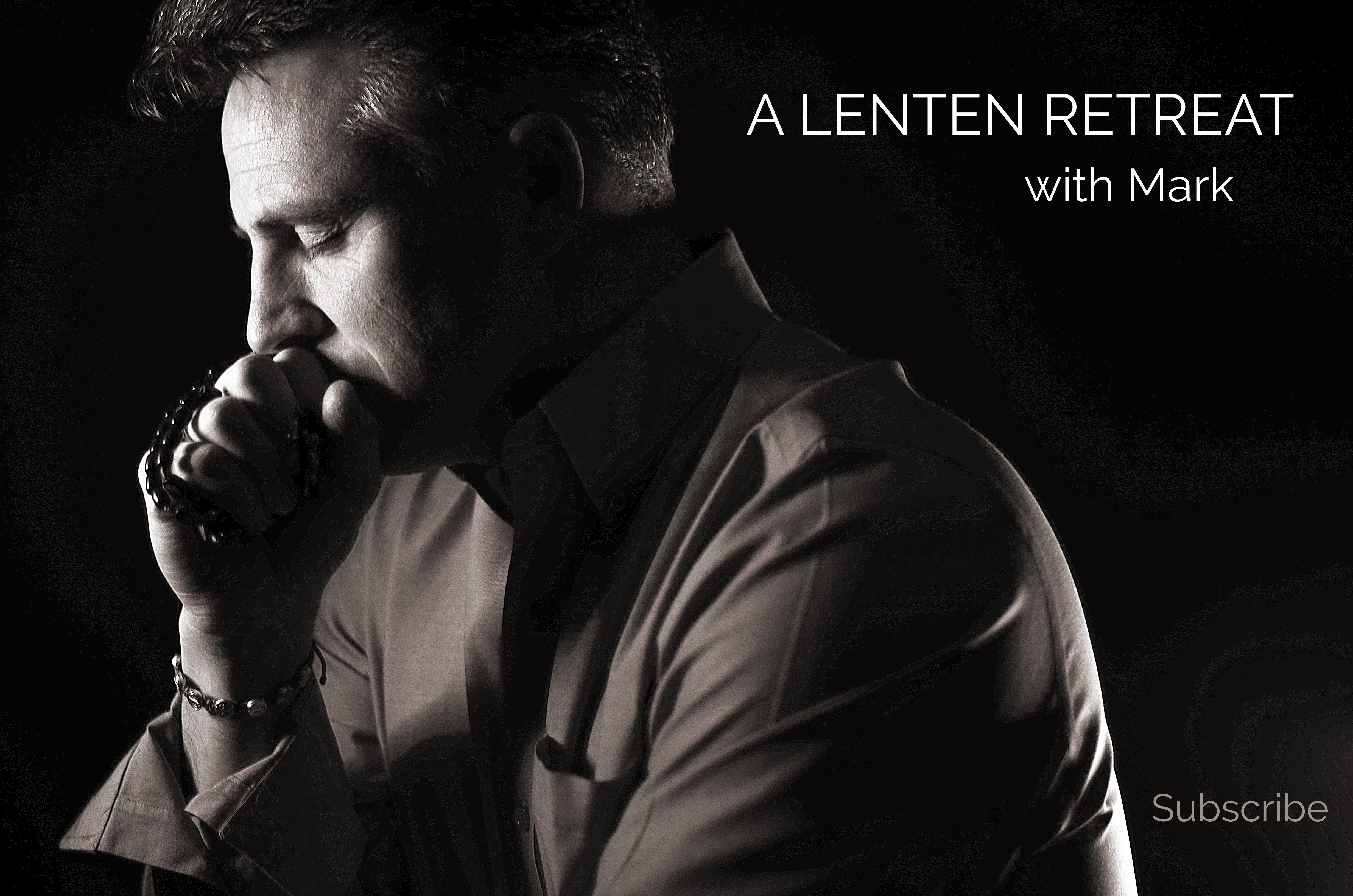 NOTE: If you are not receiving emails any longer from me, check your junk or spam mail folder to make sure they aren’t landing there. That is usually the case 99% of the time. Also, try resubscribing here. If none of this helps, contact your internet service provider and ask them to allow emails from markmallett.com.

Listen to the podcast of this writing: