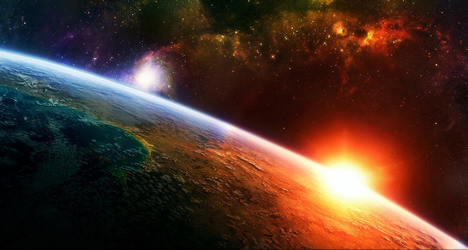 Many of the popes have written in prayerful anticipation of a coming age when the Church will establish her spiritual reign to the ends of the earth. But it is clear from Scripture, the early Church Fathers, and the revelations given to St. Faustina and other holy mystics, that the world must first be purified of all wickedness, beginning with Satan himself.

THE END OF SATAN’S REIGN

Then I saw the heavens opened, and there was a white horse; its rider was called “Faithful and True”… Out of his mouth came a sharp sword to strike the nations… Then I saw an angel come down from heaven… He seized the dragon, the ancient serpent, which is the Devil or Satan, and tied it up for a thousand years… (Rev 19:11, 15; 20:1-2)

It is this “thousand year” period which the early Church Fathers called a “sabbath rest” for the people of God, a temporal time of peace and justice throughout the entire earth.

But in order for there to be true peace on earth, among other things, the adversary of the Church, Satan, must be chained.

…so that he could no longer lead the nations astray until the thousand years are completed. (Rev 20:3)

…the prince of devils, who is the contriver of all evils, shall be bound with chains, and shall be imprisoned during the thousand years of the heavenly rule… —4th century Ecclesiastical writer, Lactantius, “The Divine Institutes”, The ante-Nicene Fathers, Vol 7, p. 211

THE END OF AN ANTICHRIST

Before Satan is chained, Revelation tells us that the devil had given his power to a “beast.” The Church Fathers agree that this is the one whom Tradition calls the “Antichrist” or “lawless one” or “son of perdition.” St. Paul tells us that,

…the Lord Jesus will kill with the breath of his mouth and render powerless by the manifestation of his coming the one whose coming springs from the power of Satan in every mighty deed and in signs and wonders that lie, and in every wicked deceit… (2 Thess 2:8-10)

This Scripture is often interpreted as the return of Jesus in glory at the end of time, but… 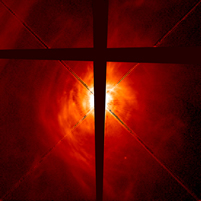 This interpretation is incorrect. St. Thomas [Aquinas] and St. John Chrysostom explain the words quem Dominus Jesus destruet illustratione adventus sui (“Whom the Lord Jesus will destroy with the brightness of His coming”) in the sense that Christ will strike the Antichrist by dazzling him with a brightness that will be like an omen and sign of His Second Coming. —Fr. Charles Arminjon, The End of the Present World and the Mysteries of the Future Life, p.56; Sophia Institute Press

This interpretation is also in harmony with St. John’s Apocalypse which sees the beast and the false prophet thrown into the lake of fire before the Era of Peace.

The beast was caught and with it the false prophet who had performed in its sight the signs by which he led astray those who had accepted the mark of the beast and those who had worshiped its image. The two were thrown alive into the fiery pool burning with sulfur. The rest were killed by the sword that came out of the mouth of the one riding the horse… (Rev 19:20-21)

St. Paul does not at all say that Christ will kill [Antichrist] with His own hands, but by His breath, spiritu oris sui (“with the spirit of His mouth”) —that is, as St. Thomas explains, by virtue of His power, as a result of His command; whether, as some believe, executing it through the cooperation of St. Michael the Archangel, or having some other agent, visible or invisible, spiritual or inanimate, intervene. —Fr. Charles Arminjon, The End of the Present World and the Mysteries of the Future Life, p.56; Sophia Institute Press

THE END OF THE WICKED

This manifestation of Christ and His power is symbolized by a rider on a white horse: “Out of his mouth came a sharp sword to strike the nations… (Rev 19:11). 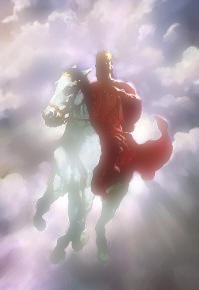 Indeed, as we just read, those who took the mark of the beast and worshiped its image “were killed by the sword that came out of the mouth of the one riding the horse” (19:21).

The mark of the beast (see Rev 13:15-17) acts as a device of divine justice, a means by which to sift the weeds from the wheat at the end of the age.

Let them grow together until harvest; then at harvest time I will say to the harvesters, “First collect the weeds and tie them in bundles for burning; but gather the wheat into my barn”… The harvest is the end of the age, and the harvesters are angels…
(Matt 13:27-30; 13:39)

But God is also marking as well. His seal is a protection upon his people:

Do not damage the land or the sea or the trees until we put the seal on the foreheads of the servants of our God… do not touch any marked with the X. (Rev 7:3; Ezekiel 9:6)

What else is this dual marking other than the division between those who embrace Jesus in faith, and those who deny Him? St. Faustina speaks about this great sifting in terms of God offering to mankind a “time of mercy,” a chance for anyone to be sealed as His own. It is a matter of simply trusting in His love and mercy and responding to it through sincere repentance. Jesus announced to Faustina that this time of mercy is now, and thus, the time of marking is also now. 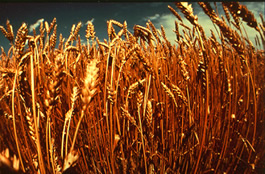 At the end of this age, the Door of Mercy will close, and those who have refused the Gospel, the weeds, will be plucked from the earth.

Since God, having finished His works, rested on the seventh day and blessed it, at the end of the six thousandth year all wickedness must be abolished from the earth, and righteousness reign for a thousand years… —Caecilius Firmianus Lactantius (250-317 A.D.; Ecclesiastical writer), The Divine Institutes, Vol 7

This cleansing of the earth followed by a period of peace was also prophesied by Isaiah:

He shall strike the ruthless with the rod of his mouth, and with the breath of his lips he shall slay the wicked. Justice shall be the band around his waist, and faithfulness a belt upon his hips. Then the wolf shall be a guest of the lamb, and the leopard shall lie down with the kid… There shall be no harm or ruin on all my holy mountain; for the earth shall be filled with knowledge of the LORD, as water covers the sea… On that day, The Lord shall again take it in hand to reclaim the remnant of his people. (Isaiah 11:4-11)

THE FINAL DAYS OF THE AGE

Just exactly how the wicked will be struck by “the rod of his mouth” is uncertain. However, one mystic, loved and praised by the popes, spoke of an event that will purge the earth of evil. She described it as “three days of darkness”:

God will send two punishments: one will be in the form of wars, revolutions, and other evils; it shall originate on earth. The other will be sent from Heaven. There shall come over the whole earth an intense darkness lasting three days and three nights. Nothing can be seen, and the air will be laden with pestilence which will claim mainly, but not only, the enemies of religion. It will be impossible to use any man-made lighting during this darkness, except blessed candles… All the enemies of the Church, whether known or unknown, will perish over the whole earth during that universal darkness, with the exception of a few whom God will soon convert. —Blessed Anna Maria Taigi (1769-1837), Catholic Prophecy

Blessed Anna said this purification would be “sent from Heaven” and that the air will be laden with “pestilence,” that is, demons.  Some Church mystics have prophesied that this purifying judgement will take the form, in part, of a comet that will pass over the earth. 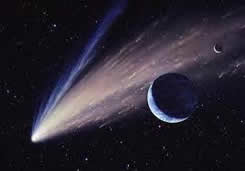 Before the triumph of the Church comes God will first take vengeance on the wicked, especially against the godless. It will be a new judgement, the like has never been before and it will be universal… This judgement will come suddenly and be of short duration. Then comes the triumph of the holy Church and the reign of brotherly love. Happy, indeed, they who live to see those blessed days. — Venerable P. Bernardo María Clausi (d. 1849),

It must be said that God’s justice does not only chastise the wicked but also rewards the good. Those who survive the Great Purification will live to see not only an era of peace and love, but a renewal of the face of the earth during that “seventh day”:

then the Lord will come from Heaven in the clouds… sending this man and those who follow him into the lake of fire; but bringing in for the righteous the times of the kingdom, that is, the rest, the hallowed seventh day… These are to take place in the times of the kingdom, that is, upon the seventh day… the true Sabbath of the righteous. —St. Irenaeus of Lyons, Church Father (140–202 A.D.); Adversus Haereses, Irenaeus of Lyons, V.33.3.4, The Fathers of the Church, CIMA Publishing Co.

It will be as a precursor and type of the new heavens and new earth that will be ushered in at the very end of time.

Thanks for your financial and prayerful support
of this apostolate.