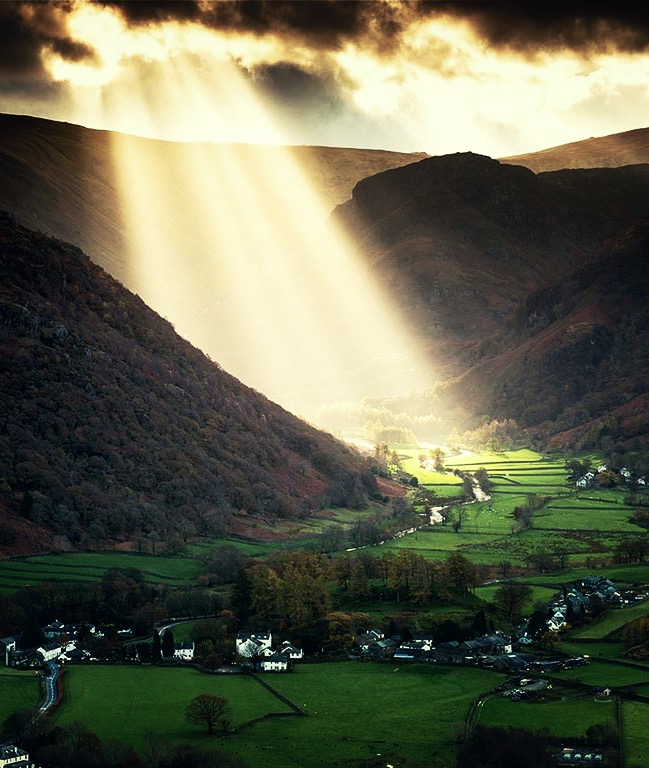 WHILE the story of Moses and the parting of the Red Sea has frequently been told in both film and otherwise, a small but significant detail is often left out: the moment when Pharaoh’s army is thrown into chaos—the moment when they are given the “glance of God.”

In the night watch just before dawn the LORD cast through the column of the fiery cloud upon the Egyptian force a glance that threw it into a panic. (First reading)

What exactly was this “glance”? Since it emerged from the “fiery cloud”, it would seem that it involved a manifestation of light. Indeed, elsewhere in Scripture, we find that the light of God halts the powers of darkness, throwing them into chaos and bewilderment.

Take for example the little army of Gideon who surrounded the enemy’s camp at night holding only horns and jars that contained lit torches inside. [1]cf. The New Gideon

…at the beginning of the middle watch… They blew the horns and broke the jars they were holding… They all remained standing in place around the camp, while the whole camp began to run and shout and flee. (Judges 7:19-21)

Then there is that moment when Saul’s murderous rampage is halted by the light of Christ:

…a light from the sky suddenly flashed around him. He fell to the ground and heard a voice saying to him, “Saul, Saul, why are you persecuting me? (Acts 9:3-4)

But perhaps the most notable “glance of God” is the one given to Peter after he denied the Lord:

And the Lord turned and looked at Peter. And Peter remembered the saying of the Lord, how he had said to him, “Before the rooster crows today, you will deny me three times.” And he went out and wept bitterly. (Luke 22:61-62)

Notably, this took place also at the third watch in the night, before dawn.

Likewise, brothers and sisters, before the dawn of an “era of peace”, God, who is rich in mercy, is going to glance one last time at this poor world before He purifies it. As Jesus said to St. Faustina,

Many of the saints and mystics in modern times have spoken of this coming glance, which depending upon the state of one’s soul, will either instill it with terror (as it did Pharaoh’s army) or with repentance (as it did Peter).

I pronounced a great day… wherein the terrible Judge should reveal all men’s consciences and try every man of each kind of religion. This is the day of change, this is the Great Day which I threatened, comfortable to the well-being, and terrible to all heretics. —St. Edmund Campion, Cobett’s Complete Collection of State Trials, Vol. I, p. 1063. 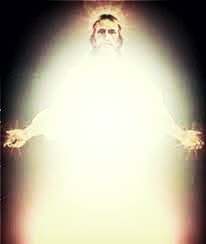 We see the coming of this “Great Day” in Revelation 6 when the “Lamb of God” casts His glance upon the earth, causing a “great shaking.” [2]cf. Fatima, and the Great Shaking

They cried out to the mountains and the rocks, “Fall on us and hide us from the face of the one who sits on the throne and from the wrath of the Lamb, because the great day of their wrath has come and who can withstand it?” (Rev 6:12-17)

Blessed Anna Maria Taigi (1769-1837), known and respected by popes for her astoundingly accurate visions, also spoke of such an event.

She indicated that this illumination of conscience would result in the saving of many souls because many would repent as a result of this “warning”… this miracle of “self-illumination.” —from Antichrist and the End Times, Fr. Joseph Iannuzzi, P. 36

Indeed, the late mystic Maria Esperanza said, ‘The consciences of this beloved people must be violently shaken so that they may “put their house in order”… A great moment is approaching, a great day of light… it is the hour of decision for mankind.’ [3]from Antichrist and the End Times, Fr. Joseph Iannuzzi, p. 37

It seems, then, that this “glance of God” is a Divine light—the light of truth—that pierces the heart revealing the true state of one’s relationship to God, who is love. That is, revealing how closely or not that we resemble Love. St. Faustina experienced such an “illumination”:

Suddenly I saw the complete condition of my soul as God sees it. I could clearly see all that is displeasing to God. I did not know that even the smallest transgressions will have to be accounted for. What a moment! Who can describe it? To stand before the Thrice-Holy-God!—St. Faustina; Divine Mercy in My Soul, Diary, n. 36

Brothers and sisters, once again humanity has become a “people in darkness”. If Christ was preceded by the “light of John the Baptist” calling the people to repentance, will not His second coming [4]cf. Dear Holy Father… He is Coming! likewise be preceded by a prophetic call to repentance? The Scriptures tell us that God takes “no pleasure in the death of the wicked, but rather that they turn from their ways and live.” [5]cf. Ezekiel 33:11

The “glance of God”, then, is His mercy before the dawning of the Day of the Lord—the Day of Justice. [6]cf. Faustina, and the Day of the Lord And if we examine the signs of the times around us, we can clearly see that we have entered the night—and the last watch of this era.

Are you ready to see Him, or rather, for Him to glance at you?

M
ercy for a People in Darkness